In this month’s instalment of Forgotten Lore, we delve deeper into the Elder Gods yet again. This time around, we discuss a topic that was teased in Forgotten Lore VI: Mah’s creations, dreams and nightmares. 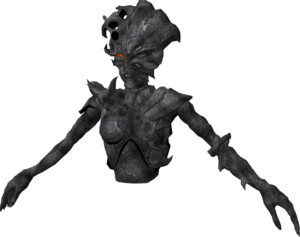 Mah was one of the five Elder Gods born at the start of the current Cycle. As we know, however, something went wrong during the previous Cycle, and Mah’s egg somehow ended up corrupted. It has been hinted very strongly that Xau-Tak was involved in the corruption, but we simply have no knowledge on what exactly happened; undoubtedly, this will be revealed at some point in the very near future. As a result of this corruption, the other Elder Gods believed Mah to be stillborn, and left her behind on Freneskae. Unbeknownst to them, Mah did survive her birth, but she was extremely malformed and was unable to leave Freneskae. Perhaps due to the loneliness and abandonment, Mah’s instincts told her to create life, and so she did.

There were only two beings she created willfully, and she created them to serve as counterparts to one another and to herself, so that they would be naturally inclined not to leave their creator behind. These beings were formed as the divine aspect of darkness and light, and they are nowadays known to us as two of the most influential beings on the history of Gielinor: Zaros and Seren. Zaros and Seren varied wildly in their opinion on Mah. Zaros believed Mah created them simply as toys, while Seren believes that Mah really cares about them as her children. Over time, Mah grew weaker and weaker, and with her loss in power came a decrease in the effect she had on Zaros and Seren. As a result, Zaros finally left Freneskae in order to explore the universe. Seren still felt it was her duty to stay with Mah and take care of her.

Mah’s dwindling energy and power caused her to sleep a lot. She missed Zaros, and this caused her to create other forms of life while dreaming. The lifeforms she created through these lucid dreams are suitably known as the Dreams of Mah. These Dreams consisted of many tribes, of which we know four. Before we delve into them, though, there is one important elephant in the room to discuss: the Rituals of Rejuvenation and Enervation. 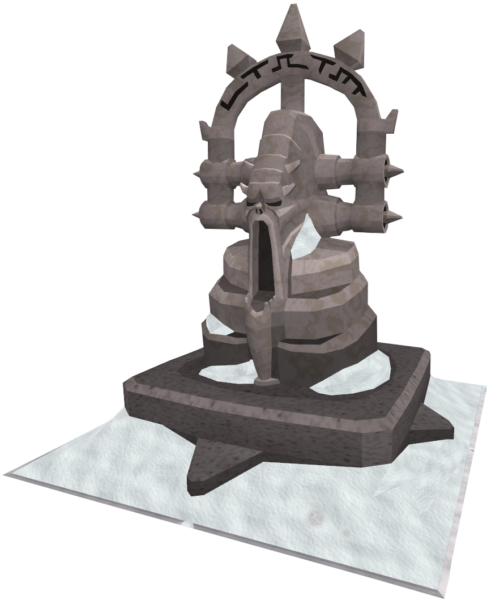 Seren saw that Mah’s power were continuously decreasing, and in an effort to keep her alive, she tricked the Dreams of Mah into performing the Ritual of Rejuvenation. Essentially, she led the tribes believe that they needed to sacrifice one of their own so that the others would be rejuvenated, but in reality, this ritual was intended to rejuvenate Mah. Mah experienced terrible nightmares, and in these nightmares she created horrible creatures known as the Muspah. If the nightmares were particularly violent, they would cause earthquakes and volcanic eruptions on Freneskae. The way to stop these violent nightmares was through the Ritual of Enervation, where the tribes would siphon some of Mah’s energy in order to calm her down. From this siphoned energy, the tribes created their offspring.

The tribe of which we know the least are the Mahkorat. Really, the only thing we know about them is that they were blamed by Sliske for the death of Azzanadra’s brother, Alotor, and they were subsequently wiped out by the Mahjarrat. The next of these four tribes are the Chelon-Mah. The Chelon-Mah strongly believed in ‘survival of the fittest’, to the extent where they had a great battle involving all of the Chelon-Mah, and only the strongest Chelon-Mah was still alive by the end of it. However, this Chelon-Mah was ultimately slain by Bilrach in some makeshift Ritual of Rejuvenation, causing the strange power teaser before the release of Dungeoneering. Bilrach’s story is incredibly interesting, but it will have to wait for another time.

The third tribe are the Mahserrat. The Mahserrat are the only one of these four tribes who opted not to participate in these rituals, which caused them to either naturally go extinct or to be captured by other tribes to be sacrificed in their Rituals. One Mahserrat by the name of Hazeel, the subject of Forgotten Lore V, foresaw the extinction of his tribe and decided to join another tribe, which is a tribe we do happen to know very well: the Mahjarrat. The Mahjarrat have been very influential to the history of Gielinor and to the quest content we have played through.

Unfortunately for Mah, things did not end up very nicely for her. Almost all of the tribes she created went extinct, with the exception of the Mahjarrat, who instead left Freneskae when Icthlarin invited them to Gielinor with a promise of great battles. Seren, intending to find a way to keep Mah alive, also left Freneskae in order to search for the other Elder Gods. She believed the other Elder Gods might be able to provide a solution for Mah’s suffering. However, as we know from the events of Children of Mah, this endeavor is ultimately unsuccessful, finally resulting in Seren killing Mah to end her suffering once and for all.

And that’s it for this edition of Forgotten Lore! The backstory to the Dreams of Mah is oftentimes quite confusing, as there are simply a lot of things we know very little about. This story is a combination of tidbits of information gathered from quest and lore content over the past 15-odd years, information that is sometimes slightly self-contradictory. Nevertheless, you can rest assured that there’s a lot more to be told about the subjects touched upon in this instalment, so stay tuned!

posted by Colton on 27th November 2016, at 4:16pm | Discuss Article
Boy, has it really been since June that we’ve done one of these?? In a parched and thirsty year with regards to quests, we celebrate and give thanks for another Grandmaster quest which came to us the week of the 21st of November! Spoilers going forward, of course, for the entirety of the Mahjarrat as […]