Boy, has it really been since June that we’ve done one of these?? In a parched and thirsty year with regards to quests, we celebrate and give thanks for another Grandmaster quest which came to us the week of the 21st of November! Spoilers going forward, of course, for the entirety of the Mahjarrat as well as the Sixth Age storylines as we will be diving into the Children of Mah.

The spiritual predecessor to this quest was primarily Fate of the Gods in which we aided (or hindered) the return of the god Zaros in physical form, disturbed the “sleeping” Mah, and laid the groundwork for the first confrontation between Zaros and Zamorak since the betrayal (for more on this subject, read my second article on Mahjarrat lore). Fate of the Gods 2, as it was tentatively called at Runefest 2015, is seemingly the penultimate quest in the Sliske’s Countdown storyline, and promised to give players never-before-seen glimpses into the past of Zaros and Zamorak.

The story begins in speaking to Kharshai, the only remaining Mahjarrat which has not made a decisive choice to fight alongside either Zaros or Zammy. The problem lies in the fact that, for some unknown reason, the power of the Mahjarrat is being drained from them at an infinitely greater rate than ever before. Previously, rituals were only necessary every 500 years. Now, despite having performed a Ritual of Rejuvenation less than a year ago in the time of the game, the Mahjarrat are already in need of another sacrifice in order to sustain them. The player is sought out by Kharshai because he needs help in order to convince the Mahjarrat that something must be done to solve this constant drain. 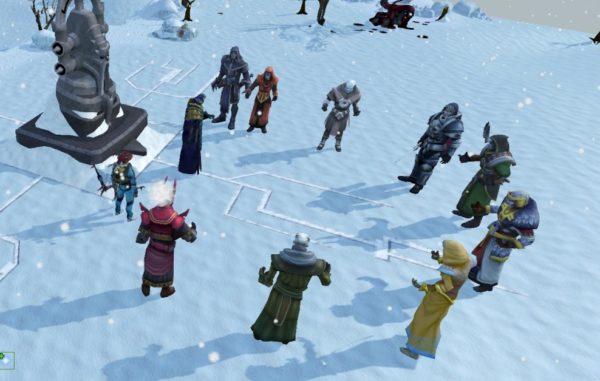 Once at the ritual site, the usual bickering ensues between the factions but is quickly stopped by the appearance of Zaros. For the first time in a very long time, Zaros addresses the Mahjarrat race directly and redoubles the promise he made once before: place your faith in me, and I will free you from the need for constant sacrifice. After delivering his offer, Zaros pops out, and the others are left to question the integrity of Zaros’ word. In order to get a better idea as to the true sequence of events that led to his fall, the Mahjarrat decide they need to go back using memory projection. The player is sent to retrieve 5 of Kharshai’s memories from the old throne room and is immediately tossed into a memory sequence following its completion. 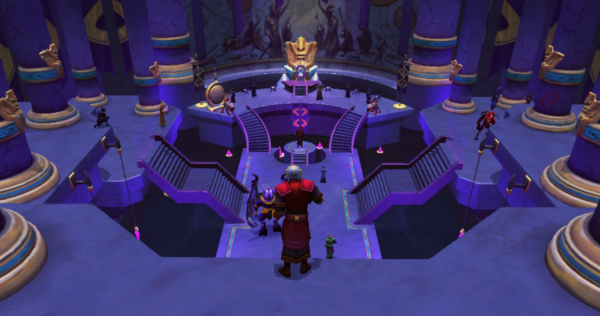 Here the player is in control of Kharshai at the end of the Second Age, just before Zaros is infamously betrayed. In what then was a glorious throne room, we go through a series of intelligence-collection challenges. In the first two tiers of the dream, it’s easy to see that a coup is imminent. Once enough information has been collected and you’ve convinced the others that you are who you say you are, Azzanadra places Kharshai in the place of executioner of three pawns suspected in the plot to overthrow Zaros. Regardless of the players’ choices, the final of the three judgments is quickly followed up by Zamorak in his Mahjarrat form entering with his host of cronies, demanding Zaros answer his challenge. A skirmish ensues, and the memory portrays Zamorak seeing a moment of opportunity and driving the Staff of Armadyl into Zaros.

Just as the memory ends, the Mahjarrat all seem to realize that something is wrong with the memory, something is missing. Almost as if he had been watching all along, Zamorak appears and offers an untouched version of his own memory, which reveals that actually Zamorak was taken into the mind of Zaros at that last moment. In his mind, Zaros believes himself untouchable, yet is ignorant of the power of the Staff, which ends up being the tool Zamorak uses to siphon away his power within that state and ascend to godhood. Having given them further insight into the previous oversights of Zaros, Zamorak pleads one last time that the Mahjarrat do not follow Zaros’ request to meet him on Freneskae. In spite of this warning, all the others agree that something must be done in order to save their race, and thus they make the trip to their home planet of Freneskae. 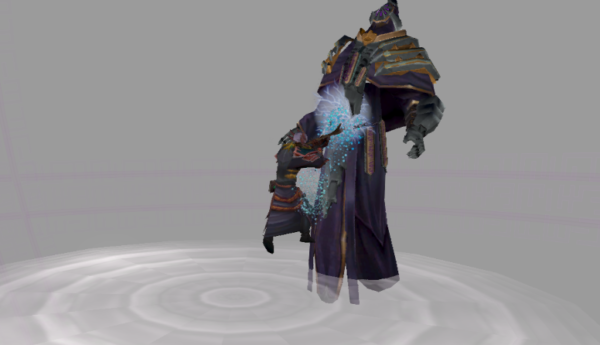 Once on the ashen and lava-covered home of Mah, the player must take the traditional path to the old ritual site, through lava falls and Muspah. Once at the end, the player is met with a seemingly fatal lava-falls and is only saved by the power of Seren. Seren has known that Zaros and the World Guardian would be there soon and knew that the World Guardian would be the only one capable of helping her. She reveals that the power drain has been occurring because Mah is taking power from all of her creations in the hopes of destroying Freneskae and creating once again. Seren argues that Zaros’ plan to siphon away that power and essentially kill Mah is wrong, so the player must argue on her behalf to prevent his plan from taking place. 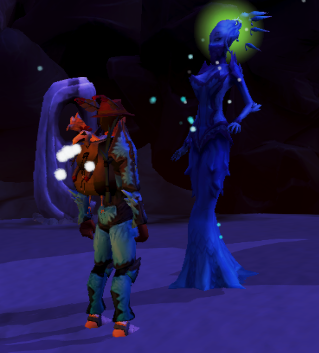 Making it to the ritual site, the player sees Zamorak confront Zaros for the first time since the betrayal, and quickly we see that Zaros is too powerful for Zamorak as he is immediately overpowered. However, Zamorak chooses to give up the fight and instead make himself the sacrifice to rejuvenate the others, and seeing that Zammy intends to become a martyr, Zaros stops the attack and chooses to strike a deal. Zamorak will be bound to Zaros once again to do his bidding for one “favor” at Sliske’s Endgame if Zaros fulfills his promise to save the Mahjarrat race. The pact being sealed and the plan in place to siphon Mah’s last energy into Zaros and the Mahjarrat, the player is sent up to Mah in order to prevent her from destroying Freneskae in her nightmares.

Seren sends the player into Mah’s mind, and here the World Guardian encounters a three-tiered nightmare sequence in which Mah’s “core” is being constantly attacked by darkness and the player is responsible for banishing these attacks with light orbs. After the nightmares are finished, Seren sees that Mah has been sucked dry of almost every ounce of her power and in grief, Seren delivers what seems to be a killing blow to her own mother. Furious, Seren goes with the player back to the ritual site and makes known her hatred for Zaros’ actions, but must flee the scene as the Mahjarrat put together the pieces of the puzzle that she was actually the one who tricked them in the first place to perform the rituals of rejuvenation and enervation with the purpose of calming Mah’s dreams and become rather hostile toward the goddess of the elves.

The ritual was successful, the Mahjarrat are restored from their flawed state, and Zaros is even closer to ascending to elder godhood. Not only this, but Zamorak and Zaros have entered into a reluctant alliance with Sliske as the common enemy. However, Seren has firmly set herself as opposed to the two of them. How will this impact the next and final quest in Sliske’s Countdown?

Looking back at some of the mechanical aspects of this quest, I can’t help but feel we were somewhat jipped. The lava falls portion was terrible. Unresponsive given that it was beholden to the tick system, unwieldy, and overall a clunky piece of gameplay. Then the nightmares were, well, a nightmare. What disguised itself as a puzzle was really just a mindless castle-defense clickfest. The lore of this quest was significantly fulfilling, and because of the story developments we got from the quest I am willing to at least somewhat overlook the unpolished nature of much of this quest, but it does impact my overall view of the content.

This definitely wasn’t the best quest in its series and even though I might feel it could have been done much better, it’s still worth playing. This sets up a very intriguing endgame scenario for what we assume will take place all in one quest. Will Zaros succeed, or will Sliske see his plan coming? Or will Seren thwart that plan with the possible aid of other gods? The possibilities are quite exciting, and I know that I cannot wait to see how this all wraps up!