Jagex is hoping to tap into the mobile gaming market with the release of RS3 mobile. They are hoping to bring in new players and give the chance for current players a new way of playing but will it only attract players who have already been playing?

The mobile based tutorial should help with getting new players to keep playing the game. This tutorial is based in Davendale and will walk users through using mobile and playing the game. The city is being attacked by trolls and the player must help the mayor defend it. The tutorial gives the player an option to either help fight the trolls or to gather supplies for the fight.

The ability for the player to choose is something that I really like in this tutorial because different people have different play styles and like to do different things. Once the player fends off the troll invasion they will be dropped off in Burthorpe. In Burthorpe they will get more of a tutorial on things like using abilities in combat or some of the other skills not used in the tutorial but they can also just start playing like normal if they would like.

I was one of the lucky 10,000 or so who was able to get entry into the RS3 mobile beta on iOS. It was a struggle waking up at 4 A.M. multiple times to try to get in but I finally did. Since the beta came out I think I ended up playing more on mobile than I did on my computer. During this time I was able to get 120 Archaeology, 120 Firemaking, 120 Fishing, 120 Agility and make hundreds of millions of GP doing Divination while on mobile. My favorite part of the beta experience was the convenience of being able to gain XP anywhere. Most nights I would watch some Netflix and play mobile before falling asleep, it became part of my routine and I have been lost since the beta ended on what to do. 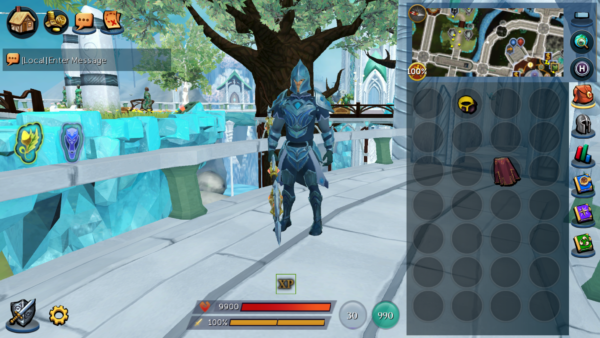 The HUD has been tweaked from what beta users last saw, as the mini-map was moved back to the top right after a lot of negative feedback when it was moved to the bottom right. The inventory will be along the right side of the device and you will be able to have both the map and inventory open at once if you want. The map can not be shown at all if you want more room for your inventory. Along the right there are other options you can open up, including prayers, spells, and abilities.

In the top left corner you get the menu, the store, chat box and the objectives. The menu is where you can find quests, daily challenges, settings and more. The store lets you buy membership, bonds or keys. Membership on mobile will work a little bit differently as they are offering the usual 12 months, 6 months, 3 months, 1 month option but they added in 7 days, 3 days and 1 day of membership. This will allow new users to try out membership for a week or less to see if they really like it before investing money for a year if they do not plan on playing for a year.

The health points and adrenaline will be at the bottom of your screen along with one ability bar that uses revolution while in combat. You have an option to open a second ability bar that gives buttons you can hit to queue up an ability or use one. There are 5 buttons in each of the two bottom corners. 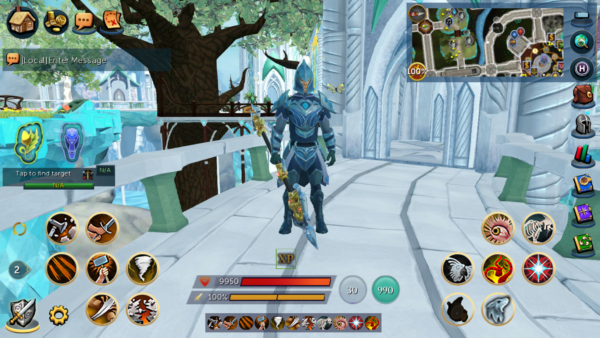 The app runs well assuming you are not in a highly populated area, like world 84 portables. The only time the game ever crashed for me was when I logged into w84 and teleported to Lumbridge. I never had any issues on an iPhone X or an iPhone 12 when not on world 84. The only issue with the mobile app is how much it drains your battery. When I was on the beta I would switch off between my iPad and my phone and have the other one charging if I was playing. The phone would like 3-4 hours of playtime and the iPad 4-5 hours. Considering how much you can do on the app it is a trade off I am willing to take.

I think there will be a decent amount of people who played as a kid who will see RuneScape in the app store or google play store and download it. The memories of killing cows in Lumbridge or mining in Varrock for money will get people in the door and the tutorial and gameplay will keep the players playing.

Alex’s Analysis – The Simplest Changes are Often the Hardest

posted by Alex 43 on 7th August 2020, at 4:23am | Discuss Article
The fine folks at Jagex had released a new beta showcasing a new groundbreaking feature! The last few times they had done this, it was to showcase RuneScape 2, The Evolution of Combat, NXT, or RuneScape Mobile. All of these were pretty big ground-breaking changes in RuneScape that desperately needed player feedback in order to […]

How To Avoid a RuneScape Mobile Fail

posted by Shane on 1st July 2020, at 3:11am | Discuss Article
RuneScape Mobile is a product that players have been craving for years, well beyond the summer of 2017 when the project was first announced. Jagex has done an incredible job of making RuneScape run well from a performance angle on mobile devices, and we’re are at the point with RuneScape Mobile likely being released this […]

posted by Alex 43 on 1st October 2019, at 2:56pm | Discuss Article
There was an alpha. A beta. A test drive. A great dynamic change. Hundreds of thousands of opinions and comments soared in, were taken into careful consideration, and after thousands upon THOUSANDS or work hours, it is finally complete and brought to Runescape proper! That’s right, ladies and gentlemen! The Bankstanding Skill just got a […]

Switch[Scape]ing it Up: A Review of the Weapon Diversity Beta

posted by David on 19th June 2019, at 1:39am | Discuss Article
For many RuneScape players, I included, nothing conjures nostalgia like the feeling of Old School style combat. Back in the day, each weapon included its own unique style bonuses which could be tremendously beneficial depending on the opponent’s weakness. Oftentimes, these differences were significant enough that it was common to select a lower tiered weapon […]