There was an alpha. A beta. A test drive. A great dynamic change. Hundreds of thousands of opinions and comments soared in, were taken into careful consideration, and after thousands upon THOUSANDS or work hours, it is finally complete and brought to Runescape proper!

That’s right, ladies and gentlemen! The Bankstanding Skill just got a rework! 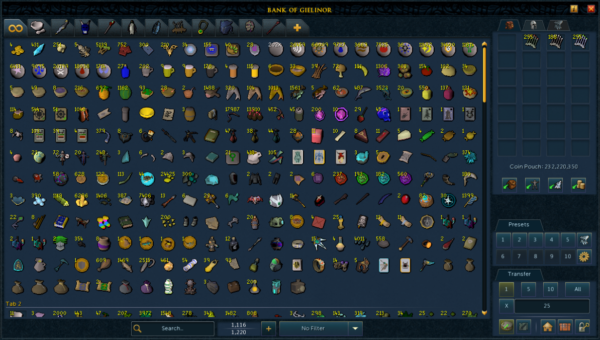 I mean… wow, just wow. Just opening it up, my mind is blown. Is it because of the slick new graphics? The pristine new shade of nobleman blue? The smooth collaboration of multiple UI interfaces all bunched together?

No, of course not! I’m blown away because it looks very similar to the original bank!

Yeah! No crazy reformatted UI. Things are right where I expect them to be; the empty inventory buttons on the right, search on the left, tabs on the top, inventory’s on the top-right. The transition is wicked smooth! I opened it up for the first time and immediately, IMMEDIATELY, knew where everything was. Year upon years upon YEARS of being conditioned on an old obsolete UI getting stacked up with brute-forced changes and modifications, suddenly changed, and to absolutely no effect or stress to me!

THAT is the power of a well-designed UI! That is design GOLD right there, ladies and gentlemen! Solid!

And hey, you know what? If you like things being ridiculously different… 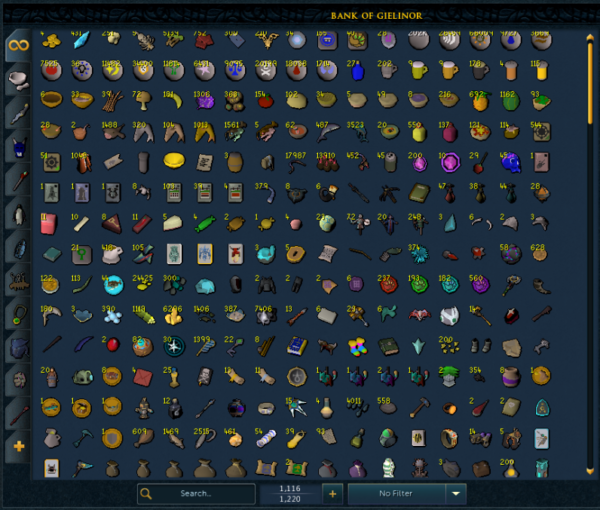 Tabs on the left, baby! Wow! Way to diversify!

Of course, it’s not just awesome looks. There are quite a few new wicked quality of life features that are, not only optional, but wicked awesome to master.

First off: the Transfer Number Options.

Bottom right of the screen hosts a variety of fun numbers. Those of you who take math will recognize them as whole numbers. What this is for is to set the amount of items your default left-click will withdraw. In other words, you can withdraw items in increments of 5, 10, 43, 9001, whatever you want! Set it to 43, click it 6 times, you end up with 258 of that item in your inventory.

… OK, that’s all I got so far, but I’m certain that you’ll find a way to make this useful. Saves us from having to make a preset every time we want to mass-produce potions, right?

And speaking of, we’ve got another, even sweeter update: PLACEHOLDERS! 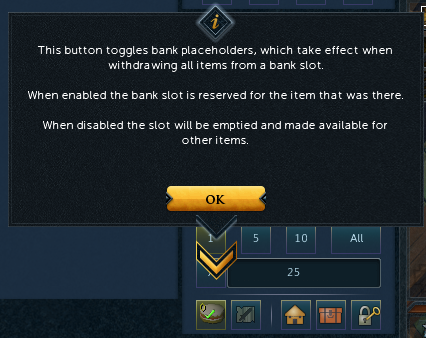 Yes, placeholders. Basically turns your bank into a shop. When you take everything out, the icon for said item stays there pretty much permanently until you manually remove it. This means that you no longer have to “withdraw all but one” to keep your bank tidy. Withdraw them ALL! Use them ALL! In fact, use them all up, go on vacation, come back, buy more from the GE, and you don’t have to slot them into your bank; just deposit! Nice!

In case you didn’t notice from my bank pics above, I like to have things where I know where they are. And quite often, I’ve had a lot of trouble with that. I’m hoping that, as time goes on, I will adjust to the new interface and my bank will look much more splendid.

Last addition I wanna highlight is the withdraw-to feature on the right here: 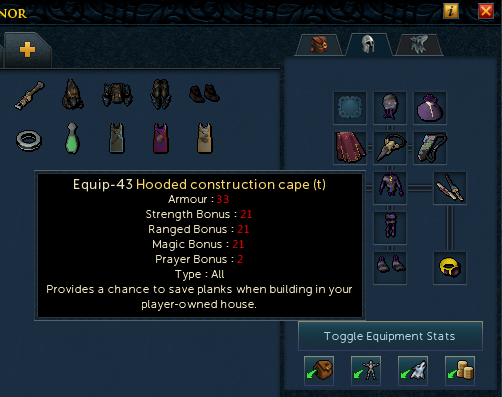 Basically, if you click the second tab, then when you click on weapons and armor, it will automatically equip you with them. You no longer have to withdraw to inventory, jump out, equip the armor, and jump back in like I did before remember you could simply right-click to “wear” the armor… which you don’t even have to do either! Couple that with the placeholders, and you can outfit yourself with a flawless bank armory, switching between different armors and weapons on the fly without really even needing a preset! … which you’ll still need for your food inventory and Beast of Burden of course.

… but you can also withdraw and deposit straight to them now because of that third tab! Yay!

What does this mean? This means that, if you practice well enough and are proficient with the bank, you never have to leave! You can play the entire Runescape game within your bank! … unless you wanna actually skill and slay. Can’t really help you there.

So, what’s missing? Only one thing, in my opinion; the ability to stave off an orderly list and organize things in proper grid fashion Diablo-style. Banks still do not let you just drag stuff into a grid-like format; everything comes right after another. And I get it; having a re-sizable bank screen makes this pretty darn hard without messing around with a horizontal scroll bar. Still, though, if a ninja update comes out that lets us do this in the far, though foreseeable future… well, my bank’s gonna become a work of art.

And I most certainly can do better than… um… well, stick figures, for one … 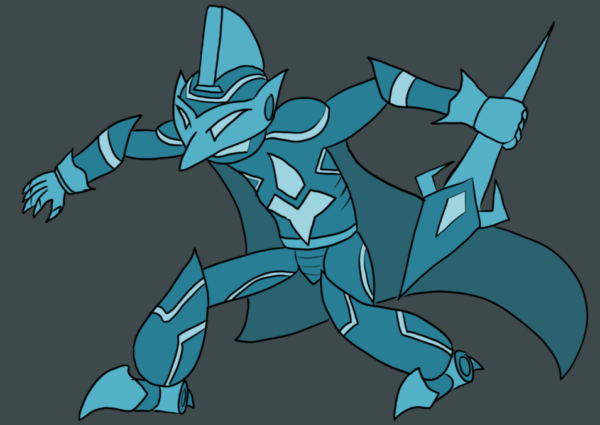