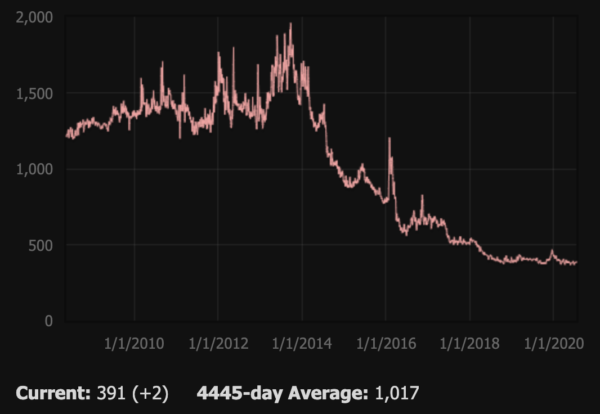 posted by Alex 43 on 18th May 2020, at 5:08pm | Discuss Article
Ever since the days of Runescape Classic, Karamja had expanded from a simple addition to house a couple of quests like the Pirate’s Treasure and the Dragon Slayer quests. For a while, not even the volcano existed; it was a big black square. Then, the volcano appeared, and there too was a fence for “future […]

posted by Alex 43 on 22nd November 2019, at 11:52pm | Discuss Article
Yeah, it’s about that time again. The time where we set an entire weekend aside and hoard as many in-game resources as we can for some real proper grind-work. Or, maybe you take advantage of everybody buying everything and use the weekend to make some epic bank, as resource prices go through the roof during […]

posted by David on 25th October 2019, at 5:58am | Discuss Article
The 2010s saw a massive shift in the importance of PvM to the game. While updates like God Wars Dungeon had begun to make PvM a more core component of the game, RuneScape’s origin was always built around skilling, quests, and the wilderness (PvP). The idea of big boss fights being a dominant force in […]

posted by Shane on 1st May 2019, at 2:29am | Discuss Article
Each and every game update we receive has the potential to affect the game’s economy. The new Alchemical Onyx jewellery of late 2018 ensured our clue scroll items would maintain constant value. In this case, most of the price of Alchemical Onyx jewellery is dependent on clue scroll items. Recently Firemaking received an update which […]