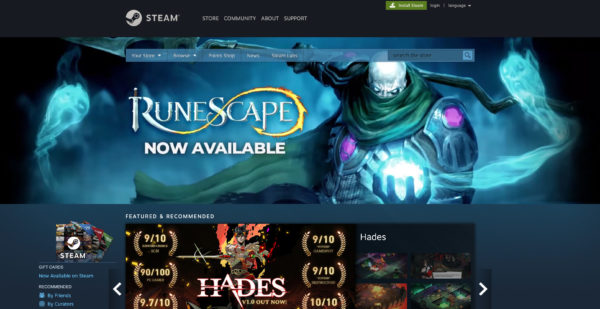 posted by Tanis on 27th December 2019, at 5:57am | Discuss Article
Christmas is almost here. Santa is packing his sled and tiny elves have been snitching on kids since the 1st of December. There is another sign that Christmas is right around the corner though and that is the Steam winter sale that is going on right now. It started on Dec 19th and runs till […]

posted by Tanis on 1st July 2019, at 3:31am | Discuss Article
Editor’s note: All prices are in USD. The Canadian editor got confused as to why things seemed cheaper than he thought… – King Kulla ————————————————————– The Steam summer sale is back, and I’m here to tell you about the best deals and some of my personal recommendations this month. Of course there are more deals […]

posted by Duke Juker on 16th May 2014, at 3:15pm | Discuss Article
I’m sure by now most PC users (if not all) use Steam. Estimates suggest that Steam represents as much as 70-75% of the PC gaming market. Gone are the days when PC gamers bought CDs or floppy discs. With Steam, all a PC gamer needs to access their games whenever and wherever is an internet […]

Coming to a Living Room Near You

posted by Duke Juker on 31st October 2013, at 4:51pm | Discuss Article
If you haven’t heard by now, Valve is making the move to bring computer gaming to the living room…or at least providing the option to do so. The largest digital distributor of computer games, Valve wants to make their Steam platform available anywhere you have a TV in your house, not just on your computer. This […]