With the recent nerfs to the Player Owned Farm there was immediate concern that the upkeep of the farm would be too expensive. Farming has always been a unique skill in that it creates its own ecosystems. What does this mean? This means that once you get started with a small infusion, Farming becomes self sustaining. This is how I funded 120 Farming and how the ever famous Chief Snake funded 99 Farming on Maples and Oranges back in the day.

The simplest method, herb farming, becomes viable at level 38 Farming. Toadflax is one of the most requested herbs in game as many people make Saradomin Brews going to level 99 and Saradomin brews are needed for PvM. As of writing, one Toadflax seed costs 2,416GP and a Clean Toadflax costs 6,221GP (6,001 for grimy). Wearing the full kit of Farmer’s gear including the Master Farmer’s Outfit, Magic Secateurs, Legendary Greenfingers Aura, a Juju Farming Potion, and using Ultra Compost you can expect on average between 10 and 11 herbs per patch. If you just use Super Compost and Magic Secateurs you can expect roughly 7 herbs per patch.

This means that for someone who hasn’t unlocked Prifddinas, Trollheim, or the Wilderness herb patch but is up on their quests and has Magic Secateurs can expect roughly 165k GP profit from 4 herb patches farming Toadflax. This will go up if you clean the herb. If you have the full suite of tools you can expect roughly 455k GP profit per herb run of Toadflax. Now the best part is, these herbs take only about 80 minutes to grow. So you can easily do this 2–3 times a day sporadically, and more once mobile is released. 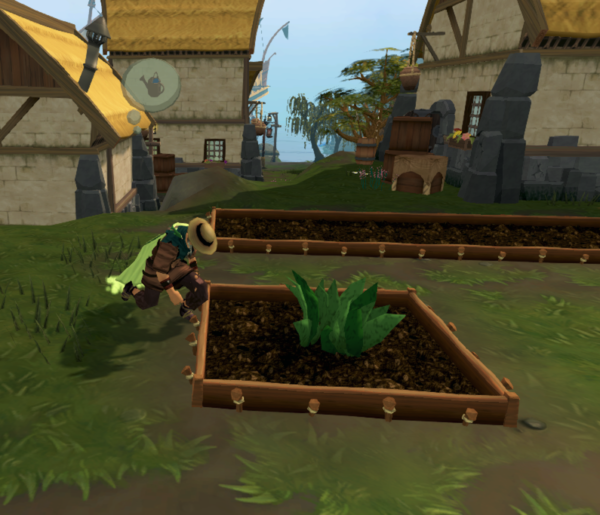 Now with about 1.3m GP in our pocket we can spend it on Farming. Now let’s assume we’re running a farm with 6 dragons rotating in and out and 2 in the breeding pen, plus 8 Zygomites at the highest farming level. This gives us 192 mushrooms eaten per day and 192 raw Tuna eaten per day. This sums up to 626k based on current market prices. We can feed our animals and we can do more!

A full tree run consists of 2 Magic tree runs a day of 6 each, 7 Palm trees daily, and 1 Calquat. These seeds presently cost us 639k. Summing this together with our farm costs brings us to roughly 1.2m gp spent. We are left with 100k in change that we can use for miscellaneous feats such as Teleports or Juju Farming Potions, or you can just pocket the money.

Now back to the Player Owned Farm and its ecosystem. While you’re going to be getting less XP per animal than before, on the whole you get more XP by adding in our tree runs that give more XP daily than a single Dragon would before the nerf. As talked about on RSBANDBUpdate! 742 – Buying The Farm if you have tons of money and bonus XP you can just go and buy shiny animals and net even more XP than before; this is one option. But the core of this article comes back to Farming being an ecosystem in that it has always been the case that Farming works well with other aspects of the skill. The nerf was needed not only because of the sky high XP rates but because in the state the Player Owned Farm was in, it was near worthless to interact with the rest of the Farming ecosystem.

There’s one more thing we haven’t talked about. By breeding and selling Dragons and the occasional Zygomite, you’ll obtain a collection of Magic beans. You can use these on either Elder seeds or Spirit seeds based on your level for more experience, or you can use them on the hops patch once you have level 96 Farming. This will net you on average 122k profit per sundry magic bean according to the RuneScape wiki by making Saradomin and Zamorak wine with the grapes that Sundry beans often award. 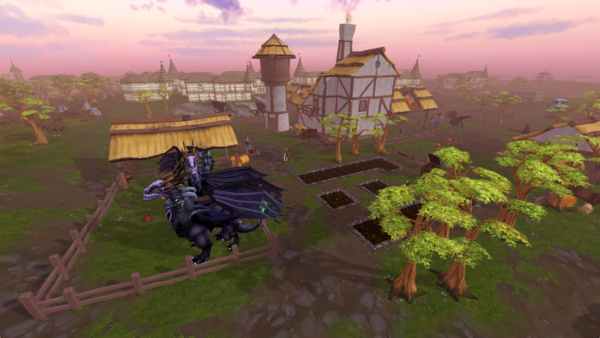 So what have we learned? At high levels it’s very possible to come away with a profit if you play your cards right. At every level it’s possible to come away not having paid anything for your Farming experience (Toadflax may not always be in fashion but there will always be a profitable herb). Factoring in bonus XP, outfits, and shiny animals it’s easy to get more XP than before if you have money. And finally, even if you don’t have money, the Player Owned Farm nerfs have put the focus back on Farming as an ecosystem and restored its place as a balanced skill.

posted by David on 25th April 2019, at 3:07pm | Discuss Article
One of the most controversial debates among the player base across all forums since the release of God Wars Dungeon all the way back in 2007 has been the amount of profit that can be made from PvM vs other parts of the game like skilling. This “problem” became further accentuated in 2011 with the […]

Unpacking The Financials of Jagex

posted by Shane on 15th November 2018, at 4:52pm | Discuss Article
It’s November 2018 and Old School RuneScape for mobile has just been released. RuneScape player numbers are skyrocketing. Questions abound regarding direction in RuneScape 3. RuneFest has just finished. And… the Jagex financial report for the year ending December 31, 2017 has just been released in September. Jagex is making a killer profit and that […]

The State of the Traded Games Market

posted by Duke Juker on 30th October 2011, at 4:30pm | Discuss Article
Recently, I got a brand new computer and had to go through the wonderful process of installing all my games and software again (I like fresh installs better than copy-paste). In the course of doing this, I was going through my game storage box and realized I had multiple copies of some games that had […]