King Kulla’s note: Sorry this is a day late guys! Enjoy Tanis’ article in any case, it’s a beauty. And happy belated Star Wars day to you all. May the force be with you!

Happy May the 4th! That’s right, it’s Star Wars Day and what better way to honor this day than to ask the question, “Has EA ruined Star Wars games forever?”. There has been no shortage of controversy ever since EA acquired the Star Wars licensing from Disney. Sometimes it’s hard to see the forest from the trees in these situations. That’s why it’s important to look at what games EA has put out in the Star Wars universe and try to take them for what they are. Let’s go one by one and see what EA has offered us and what they have planned for the future, then we may be able to tell if EA is really working for the dark side or not.

The first Star Wars IP EA put out was a remake of a classic Star Wars game called Star Wars Battlefront. This game, of course, was heavily hyped and there was legitimate excitement for its release. When players finally got their hands on it in 2015 it was met with mixed reactions. What the game did right was to create the most beautiful Star Wars game anyone had ever seen. Dice did a fantastic job of bringing the Star Wars universe to life. Unfortunately, the praise ended there, however. There was a major part missing, the single-player campaign. Making this game multiplayer only was a big mistake. Multiplayer was and still is, driving sales of FPS style games but there was a failure to recognize that Star Wars fans who wanted to play the game may not be a multiplayer enthusiast.

Many Star Wars fans are what gamers consider as casuals. Star Wars is one of those games that should be developed with an emphasis on the casual player. It’s about living this power fantasy that you’ve grown up with. On top of that, we got a good look of what EA would be trying to do with Star Wars which was prying every last penny out of their customer’s hands with no regard for the efficacy of what they were doing. They began offering more and more maps that were just as stunning visually as the maps that came with the game but charging for them as DLC. This naturally splintered the player base and hurt the multiplayer experience which seemed contradictory to what they were trying to achieve with their multiplayer experience. All and all, I liked the visuals of Battlefront. The game just made you feel like you were there but in the end, it’s incompleteness was just too much to bear and it didn’t live up to its beloved namesake. Strike one EA. 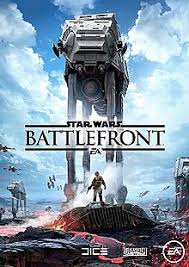 EA’s next Star Wars game would come in 2017 with the sequel to Battlefront, Battlefront II. This time EA promised to have a single player campaign, however, they proved to have gone over to the dark side with this release in more than one way. First off, Battlefront II had help from Motive Studios, Criterion Software, and Dice. This proved to be a fruitful decision and made the game much better than the previous Battlefront. The game still looked amazing and was more thought out. The campaign was good even though you were supposed to be on the empire’s side it doesn’t really pay that off very well. The dogfighting in this game is some of the best, if not the best, in any Star Wars game. They also improved the heroes vs. villains mode which is my personal favorite. That all being said, EA destroyed all that was good about the game with one greedy move and tried to tie a players progression to loot boxes. This caused a backlash like the gaming industry had never seen before or since.

Gamers have been getting sick of being nickel and dimed to death with loot boxes. When EA tied a beloved IP like Star Wars to them and made it how you progressed, it was too much for many gamers to take. The repercussions of this boneheaded decision are still being felt in the industry today. This is what has led to Belgium outlawing loot boxes and many other countries could follow suit. Oops, strike two EA.

Unfortunately, this was enough to hurt an otherwise good game and despite EA’s attempts to make amends to its players by ripping out all microtransactions and offering free DLC, it hasn’t been enough to bring a lot of players back. Personally, I really like the game now. Progression can be a grind but it’s tied to how much time you put into a particular class or hero. They have added a second part to the campaign which I enjoyed and they’ve given us maps like Geonosis and heroes like General Grievous for free. It’s still one of my favorites Star Wars games to date and I only wish these changes would have been there from the launch. 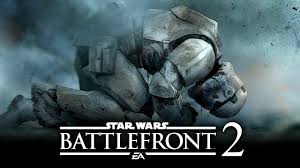 Lastly, we have Jedi Fallen Order. This game hasn’t been released yet. It comes out on November 15, 2019, around the same time as the movie Rise of Skywalker. This game is being developed by Respawn and is a serious divergence of what EA has put out in the past. First of all, it is a single player narrative driven story based game. This will be a welcomed change from the previous Battlefront games. It takes place after the events of Revenge of the Sith where the Jedi are being hunted by the empire inquisitors. EA is calling it a third-person action game with “smart” combat. No one outside of Respawn and EA knows exactly what that means but the speculation is that it may resemble something like For Honor’s combat system.

So far there has been no mention of microtransactions in this game, however, there are some pre-order bonuses. In fact, the game so far has had such little controversy one had to be manufactured. Apparently, the problem with Jedi Fallen Order, at least according to the SJW’s, is that it features a white male protagonist. Really guys, I mean come on. I’m hopeful this game will be the Star Wars game we’ve been waiting for, but at this point who knows. 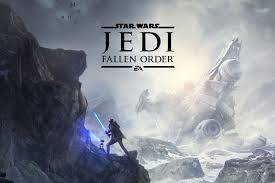 EA has done damage to the Star Wars genre in gaming. They rushed the first Battlefront and released it incomplete and then had the nerve to charge for additional content. Then with Battlefront II, they jumped the shark with loot boxes. Disney was even pressured by fans to take the license back. They did fix it’s original problems and offered free DLC which did improve the game. Jedi Fallen Order may just be a new hope for all of us who love Star Wars no matter what. All that being said, if Jedi Fallen Order isn’t good then we can definitively say EA has ruined Star Wars games. If on the other hand, it’s successful, then we are looking at a redemption story. Is it possible for a publisher like EA to be strong with the dark side and gradually be pulled to the light by eager Star Wars fans? We can only hope. I want everyone to have a great May the 4th and remember “Do or do not, there is no try” – Yoda. Until next time, Happy RuneScaping.

A Word to the Wise

posted by Duke Juker on 23rd April 2013, at 12:07am | Discuss Article
As I mentioned in my February article, the gaming industry is progressing rapidly toward the future with many ideas on the table. From “what games will be popular in the next few years” to “what features do we want to add or take away,” there are many questions that will need to be answered. Given […]

posted by Duke Juker on 29th April 2012, at 8:19pm | Discuss Article
Political correctness is one of the greatest obstacles game developers and publishers have to overcome before sending a game out to the public. The purpose of a game is to entertain, not to offend nor support a certain action or cause. It’s alright to be politically correct, yet when it masks the truth of a […]