My, How Far We’ve Come

In the year of 1998, a British programmer created a game called DeviousMUD. It looked like this.

A picture of DeviousMUD, from Wikipedia

What does this have to do with RuneScape, you may ask? As you may have noticed, DeviousMUD was created by Andrew Gower. He decided to rewrite the game with his brother, Paul. Andrew and Paul named this rewritten game “RuneScape”. They released a beta version of it in 2001. By the end of their time with RuneScape, it looked like this. 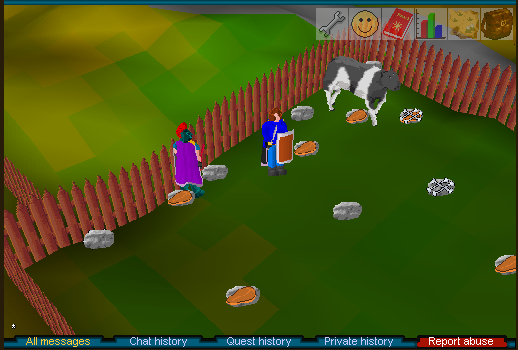 Soon, the Gower brothers formed a company with Constant Tedder. They eventually named it Jagex Limited. Within a year of RuneScape being created, it had over a million players. Jagex planned some changes to their already successful game. RuneScape had inferior graphics to many games at the time. A major update to the game would involve a graphical overhaul, including 3 dimensional character models and improved animations. Code was rewritten, as Andrew Gower had originally done with DeviousMUD. Eventually, after hints given to the over 64,000 paying members and many more free players, Jagex released a beta version of RuneScape 2 to subscribed members on the December 1st, 2003.

The full version of RuneScape 2 was given to all players on March 17th, 2004. When RuneScape 2 was finally in full swing, Jagex renamed it to simply “RuneScape”, and the original 2 dimensional game was dubbed “RuneScape Classic”. While anyone could play either game at the time, naturally most players gravitated toward the most updated version. RuneScape Classic slowly began to fade into oblivion, with graphics like the screenshot above eventually replaced with this.

On January 12th, 2006, Jagex banned thousands of RuneScape Classic cheaters. Classic version was then restricted. Only members that had accessed RuneScape Classic in the 6 months previous to the crackdown could log on to Classic. This was a shove to the already stumbling Classic, that simply was rarely played any more.

In times of Crysis and other visually beautiful games, RuneScape was frequently bashed for having poor graphics. It had always been behind games like Guild Wars and even World of Warcraft. Many players were ranting and trying to get a fresh coat of paint for RuneScape. On the eighth of May, Jagex released an “Image of the Future”. It gave players a look into what Jagex was doing about the subpar graphics. The Hypemobile revved its engine, and until July 1st, 2008, players were anxiously waiting for the overhaul.

When the graphical update was released as a beta on the first of July, members basked in the glory of the textures and lovely talking animations. 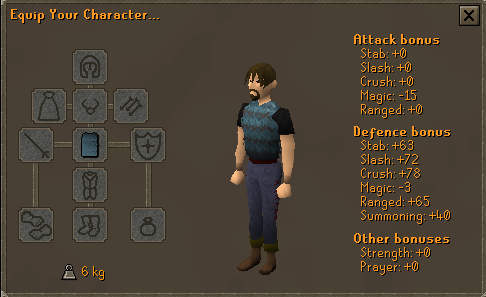 Two weeks later, all players got to experience the graphics members had been raving about. This was a second wind for RuneScape. Not only did it keep veteran players on the verge of quitting around to see what the hype was about, it attracted many newbies as well. Now, while RuneScape doesn’t match the highest end of graphical beauty, it’s risen from the bottom. It is no longer a game with extremely tedious skills (When I logged into Classic to take a screenshot for this article, I first tried to take a picture with my character by a fire. After seeing my character “slip” and miss the tree at least ten times, I decided that butterfingers couldn’t ruin a picture with two players standing around and a cow.) and no real reward for enduring the grind. Jagex has grown from two brothers working from their mother’s house, to a multimillion dollar company with over 400 employees. Over a million members are subscribed to RuneScape, and millions more free accounts roam the plains of Gielinor. RuneScape is an evolving game, and I am curious to see how many new changes it will build off of.

posted by Rune Beast on 3rd November 2008, at 9:03pm | 2 Comments
Since the days of Classic, monster combat in RuneScape has changed a lot. The King Black Dragon used to be a feared creature, one that took several players to kill. The Kalphite Queen was the strongest, a monster many adventurers bravely took on for a chance at a dragon chainbody. Now, both of those monsters […]

What’s That Sound I Hear?

posted by Rune Beast on 22nd September 2008, at 11:09pm | No Comments
It sounds like a wall crashing down. More specifically, the fourth wall, and it happens to be nonexistant in RuneScape. For those of you that don’t have a clue what this is about, the fourth wall is a reference to old theater, and it basically involves “going out of character”. An example of this would […]

posted by Rune Beast on 5th September 2008, at 10:59pm | No Comments
Jagex’s big update of September is Distractions and Diversions. It’s really not a single update, but a few organized into a category. Each event moves to a different location each week. The first part of D&D is Balthazar Beauregard’s Big Top Bonanza. From here on out I’ll refer to it as the circus, since Balthazar […]

A New Skill for RuneScape

posted by Rune Beast on 18th August 2008, at 10:47pm | 110 Comments
As of Friday, August 15, 2008, there are 24 skills in RuneScape. Some support each other, like woodcutting supports fletching. Ever since RuneScape’s creation there have been ideas for many new skills to add, from Flying to Engineering to many others. One of the most popular ideas was a Necromancy or Summoning skill, which was […]