In my last article, I briefly talked about the upcoming skill pets. They give incentive to train skills all over again, utilizing pure luck to encourage persistence rather than a noticeable and attainable goal. Well, a month has passed, and they’ve been out for quite some time now. And don’t get me wrong, they are pretty awesome. Had my sights set on the Runespan dragon Rue (fairy dragon?) for a while now. 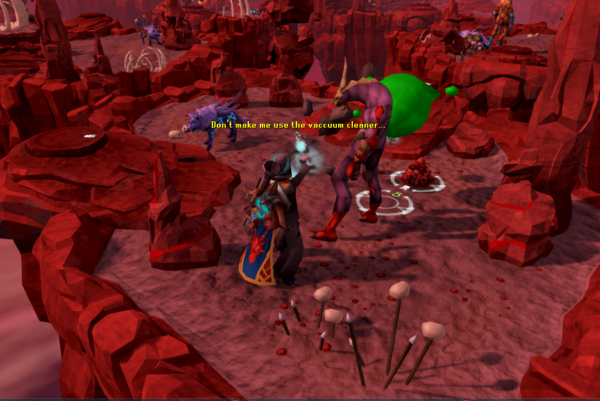 Of course, that’s the idea. You may train up until 200mil exp in a skill and never see a skilling pet. Or, you get one right as you begin. It’s totally luck-based. Higher skills and more experience gain means better luck, but the pets themselves are still so ridiculously rare that it’s announced on the Runescape News whenever a player gets one. Kind of the common theme behind pets in general; they’re not meant to show off skill or patience, but instead make everyone jealous enough to try their hardest to get one of their own.

So what’s the point? You’re pretty much buying a bunch of lottery tickets for an in-game cosmetic with your time and effort. The answer’s always been to be unique and have something that other players don’t. But that’s not the subject this time. Mainly because this has been the subject for several of my articles.

Instead, I’m going to deviate from the “why” this time, and instead focus on the “how”. One doesn’t need an excuse to log in countless hours to get a follower that otherwise does nothing to benefit you in-game. One just needs the ability. The ability to grind. And I’m going to teach you guys how to do it right.

What is grinding? Exactly what it sounds like. You “grind” away your time playing a game to achieve something, up until it becomes a chore rather than an entertaining bit of pastime. Games aren’t going to just give you stuff anymore; you have to earn it with real sweat and real risk of arthritis. This way, they last longer and have you play them more, causing you to familiarize yourself with the game and its features. Then, when the next in the series of some DLC comes out, the player will be more tempted to buy it because they’re already so familiar with the game. That, and their character is level bajillion; may as well put that training to some good use.

There is an art to grinding. If you do it wrong, it’s the most boring thing on earth and it takes many frustrating ages to achieve a goal. It almost becomes not worth it once it’s reached, and rather than benefit from it, usually players just move onto another skill or quit the game entirely out of frustration. Game companies want that. Then you’ll buy more games to keep your fun-tank filled.

So instead, I want to help you guys get the most out of the game by explaining how to grind properly. Might have written a little bit about this in one of my much, MUCH earlier articles, but I’ve gotten better at this now.

Have you ever trained a skill from level 1 straight to level 99 without doing anything else? … and no, Dungeoneering doesn’t count. It’s nearly impossible. Doing more or less the same thing over and over, without changing your location or routine. If boredom doesn’t get to you first, it’ll be either stress or depression. While that makes for good bragging rights at a party, you really REALLY don’t have to put yourself through that.

Bit of trivia for y’all: the longest a person can focus on something without their mind wandering is about 45 minutes, and we’re talking full Shaolin zen here. The average person, say, in Canada or the US can only really do it for about 5 to 10 minutes. Don’t believe me? Alright, turn around, approach, and stare at the wall for 10 minutes. Or, better yet, start meditating. No daydreaming, no music or talk-shows, no talking to yourself or anyone. Don’t even shift your weight over. Just focus on the wall and your breathing. Should be super simple to do, as you are literally just standing / sitting still and doing absolutely nothing.

You’ll find after a bit that doing absolutely nothing is one of the hardest things to do in the world. We are always so used to doing something that the prospect of doing nothing for a long period of time is something we just aren’t used to. Even insects never just stand there and do nothing; they’re constantly in motion.

So, doing nothing is boring. In the same way, doing the same thing over and over is boring. How do we fix that? Do we train meditation and our inner focus? Well, we could. Takes years of training; don’t know how up you guys are to it. Or, we could simply not have to bother with that at all.

I’m serious. In order to train a skill for hours on end, do NOT train a skill for hours on end. Don’t even try. 45 minutes max at a time doing one thing, then afterwards, force yourself to do something else. Heck, log off of Runescape and go do something else. I don’t care that you can keep on going for at least an hour; that’s not the point. The point is that we want to keep the skill fresh, and that you don’t train yourself to the point that you’re sick of it. Once that happens, it becomes incredibly difficult to even pick it up again. It’s like having a favourite drink and drinking so much of it you get sick of it.

Making time for the grind can be the easiest thing ever, or the hardest. Depends on how you guys are currently living your lives. I’ve got a 9 to 5 job, plus several other commitments outside of work, so I cannot spare much time to play Runescape.

That’s where a day planner really comes in handy. It helps you commit to events enough to make them routine. Yeah, I’ll bet you guys are able to just “remember everything” and you “never needed one in school”. Get one anyways, and use it. You’ll be very surprised.

Otherwise, the 45-minute rule is awesome because not only does it keep you focused, but it also restricts you. It stops you from playing too long; to the point where grinding starts being painful. Designate exactly 45 minutes to an hour per day (or two) in achieving whatever goal you want, and go do something else once that time runs out. No “five more minutes” or “just a little longer”; when time runs out, you stop. You get out of the danger zone, log your character off, and just… do something else.

Not only will you not feel as much annoyance towards the grind by limiting yourself like this, but you’ll also start becoming enthusiastic about it. Rather than the usual “ugh, training time”, it turns into “yay, training time!” because of its infrequency. Will you get the level in the next round of training? How much can you get done in half an hour? Like eating out; great for every so often, but if you’re stuck relying on it, then you’re going to start putting on pounds.

From level 1, getting 13 million experience for level 99 crafting sounds like a nightmare. So forget level 99. Just straight-up forget about getting level 99. Go for level 20 instead.

Why 20? I dunno. Maybe it’s a favourite number. Maybe it’s a quest requirement. Maybe you unlock something cool at level 20. The point is that you don’t care anymore about getting level 99 at this moment. Right now, it’s all about you and getting that… what is it, 30k experience for level 20? Getting level 20 sounds easy. Half an hour at the cows and gathering cow hides for leatherwork. Easy. Once you hit level 20, then go for level 30.

The reason for that is that you need “hope” in order to grind. It’s a more psychological aspect to grinding. You will have a hard time achieving a goal without any self-confidence towards it. We want to avoid the idea of “having to spend many days on” or “blow lots of resources on”, and instead focus on the present. Pick out smaller tasks within this goal, sort of like Runescape mini-quests. They are straightforward and simple to achieve, and once that’s done, you’ll get a morale boost for your next mini-quest.

And there you go. Focus, time, and hope. Grinding sucks, but if it’s the only way to become the best at a game, then close your eyes, relax, and mentally prepare yourself for another run. Be careful when it’s luck based, though; you may never get the drop in your life. All the more reason to pace yourself and set a timer. Or get a loud dragon with a very strict sleeping schedule. 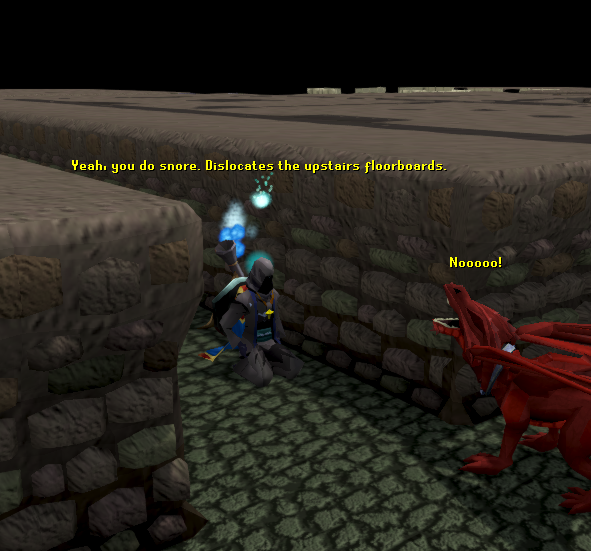 posted by Tanis on 26th August 2016, at 2:44pm | Discuss Article
RuneScape has a long history of pets, which started as something for fun or a must have for certain quests. Lately they have become a major status symbol. Players love their pets that’s for sure, and they love to show them off. Boss pets made even the faint of heart go out and try to […]