In the previous installment, we concluded with Zamorak putting the Staff of Armadyl into his ol’ buddy Zaros, declaring Zaros dead, and proclaiming himself a god before fleeing to Infernus to recover from his grievous wounds. Bewildered and unsure of what to do next, the Zarosians that remained, led by Azzanadra, managed to retake the city of Senntisten from Zamorak’s rebel forces. In Zamorak’s absence, and with the once strong Zarosian empire weakened, other gods and enemies planned to invade the empire over which Azzanadra had thinly spread his remaining forces. In an attempt to keep morale up, Azzy claimed that he had contact with Zaros and was being told what to do by the Empty Lord himself. However, even he knew this could not hold out for long…

While tensions rose on Gielinor, Zamorak was healed on Infernus and led an uprising of the subjugated demonic races against the Chthonian rulers, adding their numbers to his growing army. Now at full strength and with great numbers at his back, Zamorak now chose to return to Gielinor and declared war on all other gods with the intent of reclaiming the Stone of Jas for his own.

With a newfound common enemy being the Zarosian remnant, Zammy and Saradomin actually teamed up and systematically slaughtered and destroyed nearly all that had once been the Empty Lord’s empire. Many Zarosians, like Sliske, went into hiding, but the vast majority fell to opposing forces. Senntisten held out for millennia against invading armies, all the while Azzanadra tried in vain to somehow summon Zaros back into existence.

With the goal of gaining more power and forces, Zamorak made attempts to harness the Elder Kiln and the Dwarven race. Perjour, now following Zamorak, was sent into the Karamjan volcano to see what he would find. Unable to make his way further in, Perjour accidentally set off a security system of sorts, summoning creatures of the volcano which cooked the poor guy to a crisp. His remains can still be found within the city. The dwarven front fared much the same. Zamorak attempted to shape their anima to coerce them into following him, but his curse was flawed and wound up creating a mindless force of chaos dwarves. The Elders of Keldagrim sacrificed their magical power to halt the spread of the curse from eventually taking the entire race of dwarves. 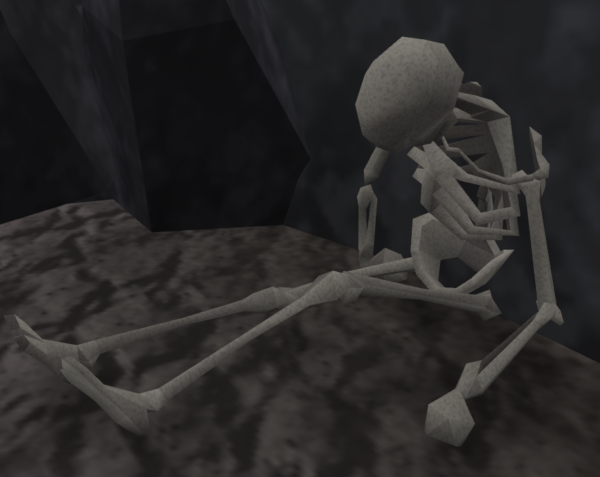 Meanwhile, another force of Zarosians led by Nex made an attempt to reclaim the Mahjarrat Ritual Site. This attempt turned foul quickly, as Saradominist forces managed to trap Nex into a deep cavern, sealing her within. This was then the site for the construction of the Temple of the Lost Ancients, and would become the battleground known as the first God Wars Dungeon.

Eventually, however, even the Zarosian capital city fell. Azzanadra managed to flee and joined up with others in the Kharidian Desert to fight against Zamorakian Demons that sought to eradicate opposition there. Although he resisted long, the combined forces of Zammy and Papa Smurf overwhelmed Azzy. He was subsequently imprisoned in the Jaldraocht Pyramid where Zamorak had his power funneled and separated into 4 crystals. Each crystal was then entrusted to a warrior by Zamorak in an attempt to ensure Azzanadra would never return. Azzanadra made many attempts at escape but fell short each time.

Much later, talk of a legendary godsword being forged to kill Zamorak came to fruition. Zamorak telegraphed the transport of the godsword by Armadyl’s forces and confronted them at the site of the Temple of the Lost Ancients. Before long, Bandos and Saradomin also sent forces to attempt to take the sword for themselves, which rapidly escalated to an all-out battle between the four armies. Sliske, in the guise of a Guthixian druid, came back on the scene and managed to deceive several Saradominists to perform a “ritual to wake Guthix”. Little did his puppets know, Sliske’s ritual was actually a way to release Nex from her prison below. Broken loose, Nex wrought havoc on the other forces in the cavern and Sliske made his get-away. Again the four armies were forced to band together and managed to seal Nex once more.

Through unknown means, Zamorak came to find the Stone of Jas at last at the end of the Third Age. Empowered even further, he fled to Forinthry as the other three primary gods came down upon him at once with intent to kill him. Scared for his life, Zamorak pleaded with Armadyl and Bandos to leave Saradomin and aid him, claiming he had done more for the benefit of Gielinor as a whole. This was all to no avail, as Saradomin had already taken their loyalty and they were convinced that Zamorak had to be destroyed. Just as Saradomin reached out to slay Zamorak, Zammy channeled through the Stone in fear resolving to take them all with him if he was to die. 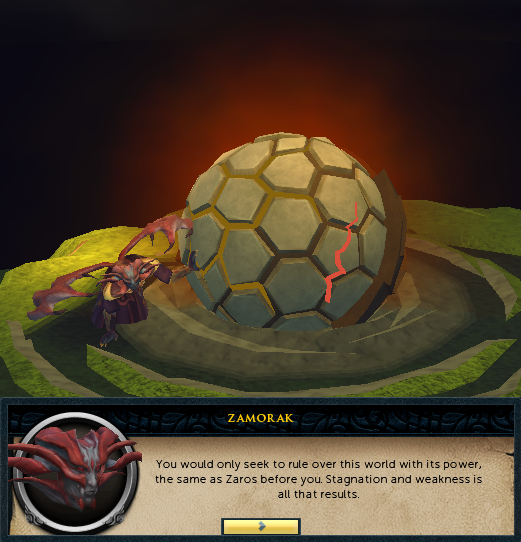 The massive blast that came from the Stone destroyed practically all that surrounded it, turning the once green plains of Forinthry into a blackened wasteland which would soon be known as the Wilderness. So much damage had been done by the shockwave that the anima cried out, and Guthix awoke. Emerging, Guthix froze the Temple of the Lost Ancients for all eternity, banished all the gods, and set up his edicts, preventing any god from returning or having any direct impact on the events of Gielinor.

posted by Mr Bistro on 18th November 2014, at 12:00pm | Discuss Article
Hello Everyone, Over the past few months, my articles have covered everything from future map expansion from the depths of Daemonheim to the skys of Abbinah. I have covered the rich combat experience that we can enjoy today. But today it’s time to mesh it all together and fuse it into something I have grown really excited […]