Halloween is over and Christmas is right around the corner. The weather is changing and there is excitement in the air. For all of us gamers, we’re excited about the fall lineup. Every year some of the best games of the year are released around this time. This year we have a heaping helping of gaming goodness to sink our teeth in. I’ve boiled down the AAA offerings to the five games that I think are best. These are the games that are the best reviewed, most anticipated, and straight up fun to play. However, they are not without controversy. Much like the micro-transaction controversy that has raged in our RuneScape community, it has also been a persistent thorn in the side of gamers lately. The industry as a whole is turning to a model they call GAS or Gaming as Services. It basically means companies are finding ways to continuously monetize a game by doing micro-transactions. This article is not about that though, Shane already covered the topic in depth and thoroughly in his article last month, The Reality of Micro Transactions. OK, now that the seven hundred pound gorilla in the room has been addressed we can get to talking about some otherwise good games. Let’s start things off with a much-anticipated title that had a lot of buzz when it was released but has been lost in the shuffle somewhat since then.

Middle-earth: Shadow of War was released on October 10. It’s the sequel to the popular Shadow of Mordor. The Lord of the Rings universe comes alive in this title with more of what gamers loved in the first. The nemesis system is back and goes even further. The map is huge with at least 60 hours of orc hacking and slashing. Combat is much the same as the first time around with some minor improvements around the edges. Its overall a fun game with tons of stuff to do. Hardcore Lord of the Rings fans may have problems with some story elements. It definitely bends the lore to the extreme. The game looks great however it has had some crashes here and there. It is sitting at an 80 on Metacritic and has received an overall positive reception. Of course it’s not all sunshine and rainbows though. Those dreaded loot boxes have made their way into this game. You may be surprised to see loot boxes in a single player action RPG but lo and behold here they are. The problem with them is it’s already a $60 game and buying the loot boxes can shorten the final grind significantly. On top of that the micro-transactions are really in your face. Overall the game is good. There is a ton of content for you to work through and its fun. For more on this game check out Metacritic or GameSpot’s review. 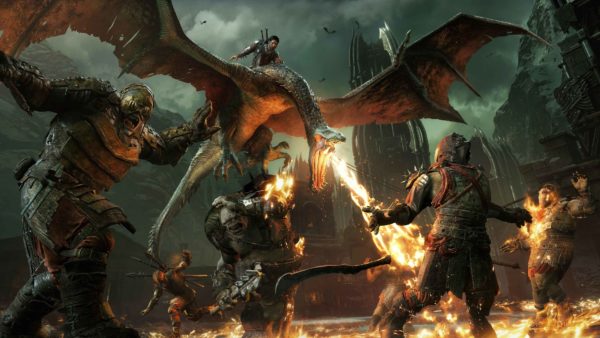 Next up we have Assassin’s Creed Origins. It was released on October 27 and seeks to revive an epic franchise that has waned in recent years. For the most part it does succeed. It’s a beautiful game and Ubisoft did a great job at the subtle details of the setting. This time you learn about the founding of the assassins in Egypt. The combat system has been revamped and is more fun than in these games than in the past. The ability to parry, dodge, and use different moves depending on what weapon you wield is refreshing. AI has also been improved and enemies are not the walking meat sacks they have been in the past. Of course there are the things that Assassin’s Creed are known for like parkour, historical buildings, and large open worlds. All of these elements are present in Origins and they are improved upon. This is one game I hope to buy soon. Assassin’s Creed Origins is sitting at an 84 on Metacritic right now and generally receiving positive reviews. For more reviews and information on this one check out Metacritic or IGN. 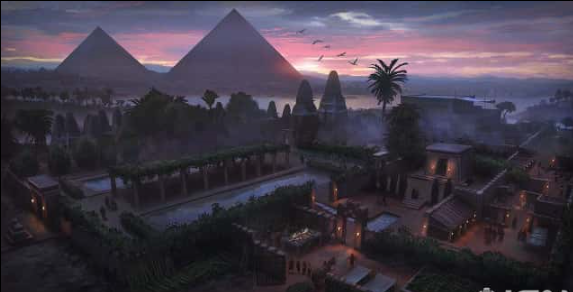 Now it’s time to kill some Nazis. No, not Call of Duty, at least not yet anyway. Wolfenstein 2: The New Colossus released on October 27 and what a game it is. Make no mistake, this is a story-driven first person single player shooter. There’s so much complexity in the characters and the story you can play it over and over again like watching your favorite movie. It has everything that the New Order was and more. It takes place in an alternate timeline where the Nazis won WWII. Technology has rapidly advanced and America has fallen to the third Reich as well. There is a resistance however, and that’s where you come in. If I could only buy one game this year this would be it. The Wolfenstein series has been good in the past and from what it looks like there will be more to come. Wolfenstein 2: The New Colossus is sitting at an 87 on Metacritic right now and honestly I think it’s even better than that. If you like story you’ll like this game. For more on Wolfenstein 2: The New Colossus check out Metacritic or IGN.

Another franchise that is having a resurgence this fall is Call of Duty. If killing Nazi’s in an alternate timeline in America isn’t your thing then perhaps killing Nazis on the western front during WWII is. Yes Call of Duty has went back to its roots. The result is a pretty good game. It’s the fast paced pick up shooter that’s it’s always been but now it feels grittier. The campaign is good, all be it short, and of course there’s the multiplayer. On top of that there is of course a zombie mode where you can mow down the undead. This title really gets to the heart of what once made Call of Duty good. It’s not the graphical powerhouse that Battlefront II is and it’s not the story-driven immersive experience that Wolfenstein 2 is. It does do both of these things well however, but more importantly it’s fun. At the end of the day that’s why we are gamers right? Call of Duty WWII just delivers a fun gaming experience and it’s definitely on my Christmas list. It’s sitting at a 76 on Metacritic and for more information check out Metacritic or GameSpot’s review. 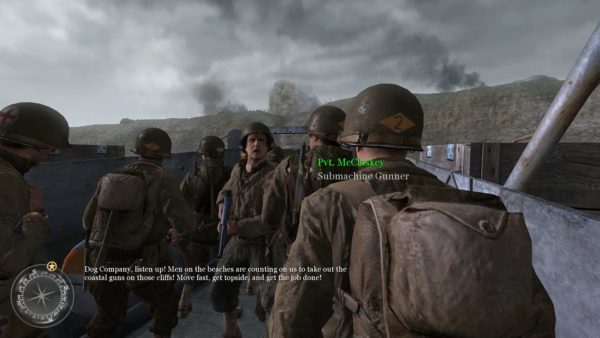 Last but certainly not least is Battlefront II. The Battlefront games have long been remembered as one of the best, if not the best, Star Wars games. When Battlefront was reimagined by Dice and EA two years ago there was a lot to be desired. The game looked great and played well but was shallow and had no single player campaign at all. This time around Battlefront II addresses those shortcomings of the first game. Unfortunately it is a tale of micro-transactions and corporate greed run amuck on an otherwise good game. Let’s divide and conquer this recommendation first by just looking at the game. As a lifelong Star Wars fan it is everything I have ever wanted in a Star Wars game. The multi-player is solid with diverse maps and modes. Whatever your style is there is something for you. Dice also included a single player campaign. It’s told from the empire perspective and is entertaining, all be it short. Luckily, Dice has said there would be more campaign to come and since all DLC is free that’s good news. The game looks amazing like its predecessor, only this one covers the whole spectrum of all eight movies. That’s no small feat and it’s done well. You can play hero or villains from Rae to Darth Maul. Now we get into controversy though. The game has been mired in pushback by the gaming community for its blatant attempt to milk every last cent out of your wallet. The progression system in the game was tied to loot boxes thus making a $60 AAA game into a pay to win bonanza for EA. The public backlash has moved EA and just hours before its worldwide release EA has announced that they have removed micro-transactions from the game at this time. They want to take time to reevaluate and balance them so don’t get complacent, they will be back. For now however it is a nice victory. 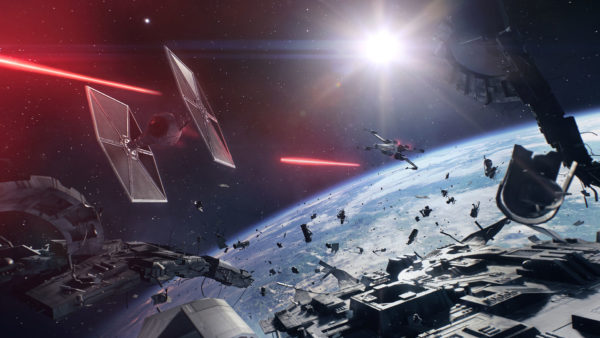 Now do what George W. Bush said and “go shopping”. These are the jewels of the fall gaming season. All of which I recommend. Whether you like to hack and slash your way through enemies or shoot as many Nazis as possible there something for you here. Good luck to everyone on Black Friday and have a wonderful holiday season. Next month we’ll be taking a look at the year in review for RuneScape so stay tuned for that. Until next time, Happy RuneScaping.