This month saw the release of the Glacor Front of the Elder God Wars Dungeon. In this article, I will take you through what we know about the Glacors and their home planet of Leng. This article will contain spoilers regarding Archaeology mysteries introduced with the Senntisten Digsite, so if you do not wish to spoiled, then I suggest doing the mysteries first! 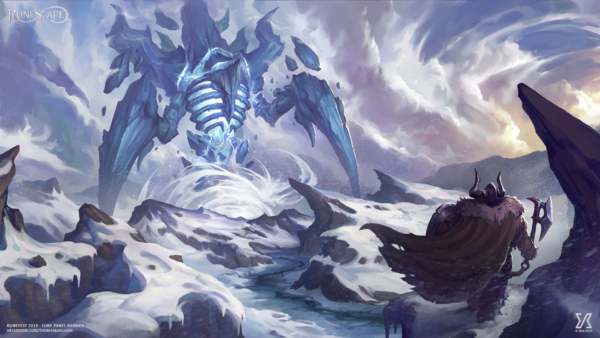 Glacors were first introduced to RuneScape in the quest Ritual of the Mahjarrat. Lucien summoned these ice elementals to aid him in the battle that preceded the 18th Ritual of Rejuvenation. Kuradal, although she did not appear in the quest, slaughtered a couple hundred of them in the cave beneath the Ritual Site, and this is where the remainder of Lucien’s Glacor army stays to this day. Here, the Glacors can be fought for their tier 85 boots and the shards of Armadyl. More recently, the Elder Goddess Wen looked to the planet of Leng and reluctantly summoned the Glacors to aid in the Elder Gods’ assault on the Senntisten Cathedral. 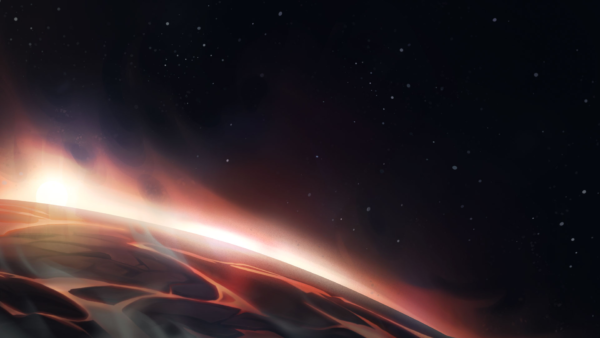 Now, in the introduction to this article, I referred to Leng as the Glacors’ home planet. This is slightly disingenuous, however, as Leng was not always home to the Glacors, but to an industrious civilization that we know very little about. The planet looked rather rocky, and rivers of lava flowed across the planet’s surface. At some point early on in the current Cycle, icy meteors rained down on Leng until the entire planet was covered in a miles-thick layer of ice. Glacors emerged from these meteors, and they claimed the planet as their own.

There are, arguably, four known types of Glacors. The smallest type, which I will categorize under the Glacor race, are the small Glacytes. The regular Glacors are the second-to-smallest kind of Glacor. The next size up are the Arch-Glacors, one of which is fought as the boss of the Glacor Front. Additionally, the Arch-Glacors appeared earlier in the lore of RuneScape; Zaros created the ice crystal, which he used to give ‘birth’ to the Nihil and provide Nex with her icy magicks powers, from the core of an Arch-Glacor he fought on Leng. Supposedly, this is also lore-wise the reason why we can use the frozen core of Leng, obtainable as a drop from the Arch-Glacor boss, to make tier 95 melee weapons that are on par with the fractured staff of Armadyl; these cores contain very powerful amounts of magic.

There is an even bigger type of Glacor, though, and these are known as Ur-Glacors. Ur-Glacors had never been mentioned by name prior to the release of the Glacor Front, however, one was implicitly mentioned in a lore talk from RuneFest 2018. They read out a book titled The Journal of Fell Arnessen, about a Fremennik man who stumbled upon a portal in a cave, went though said portal and got trapped on Leng. In this book, he describes Leng as a “bleak and jagged landscape of dark stone mountains”. He talks about biting winds and raging blizzards that terrorize the land. He mentions a different type of creature that lives on Leng, a large slug-like beast that tried to attack him. Fell also came across a cloaked figure who had wandered around the planet of centuries; he tried to talk to the wanderer, but it just kept walking and paid no attention to Fell. At the end of the book, he mentions a Glacor “of truly titanic size, which looms as tall as mountain”. Knowing he would certainly be unable to survive on Leng, he attempted to slay this Ur-Glacor in an effort to die honourably. This is where his diary ends.

While excavating at the Senntisten Digsite, people will eventually stumble across the fourth part of the critic’s review. This article talks about the play The Whispering King, written by the Mahjarrat Sliske. The play features glacial planes with wandering philosophers who “walk the world in silence, contemplating what it means to be truly forgotten”, and secrets buried deep beneath the ice, which matches what we know of Leng quite perfectly. In this play, Sliske jokes about “being hollowed out and fed to ancient jaws that would grind us to dust and make us glad for it”. What does this mean? When combined with the title of he play, The Whispering King, a suggestive link appears with another being that is featured in the Senntisten Lore: Vos. We know very little about Vos, except of its connection to Erebus and shadow anima. In the Inquisitor’s memoirs, Aurelius describes Vos as a “whispering voice whose words were starlight”.  Moreover, a connection might be implied to Xau-Tak here as well; both Vos and Xau-Tak in speech are likened to beautiful song, and the demands they make are described as incredibly reasonable in both cases. At the very least, all of this lore suggests a connection between Vos and the planet of Leng; this is strengthened even further by the fact that, in the introductory cutscene to the Glacor Front, it is mentioned that the planet of Leng had been suffused with shadow anima.

That’s it for this installment of Forgotten Lore! I hope I succeeded in my attempt to whet your appetite for future lore in connection with Vos (or Xau-Tak?). Jagex seems to be setting up Vos as probably the central antagonist for the storyline beyond the Elder God Wars Dungeon, so rest assured we will talk about Vos again, likely very soon.