The Land Out of Time (Anachronia) or Fossil Island?

A name can mean all the difference. It can mean that a child is ridiculed in school or he fits in with the group. When it comes to developing new content for RuneScape, the name means everything. It has recently been revealed that the summer update following from Desperate Times will be billed as “The Land Out of Time” or Anachronia as its in-game name. This new area will include lore tidbits following Desperate Times, the new Hunter update, as well as yet detailed (at the time of writing) Slayer and Agility features. The in-game name as known by NPCs is Anachronia. Say the word Anachronia and you’ll know why The Land Out of Time was chosen.

RuneScape 3 is its own unique brand and one that has been tuned for years on the marketing front. The observant now will tell you three things about The Land Out of Time: 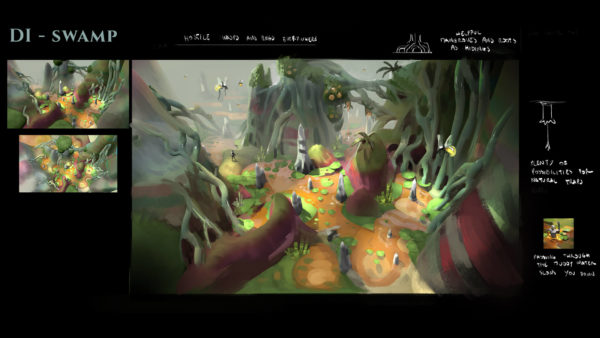 What does parallel is the “fossil” aspect. From what we have seen of early concept artwork and videos we’ll be hunting and avoiding giant dinosaur like creatures. This of course lead to Jagex producing one of their classic on location teaser videos.

While we haven’t heard the term “Fossil Island” mentioned in regards to this update from Jagex, it’s what the players are thinking. There are both positives and negatives to seeing this as Fossil Island. On the positive side we’ll have a chance to see what the RuneScape 3 interpretation of this island is. It has long been said that RuneScape 3 and Old School share the same lore, we’re just witnessing a different interpretation. On the negative side, some may want to see a closer rendition to the Fossil Island of Old School RuneScape. Also on the positive side, the community can use this as a reason for Old School players to check out RuneScape 3. And finally, the biggest negative, it sabotages the RuneScape 3 brand.

RuneScape 3 is the flagship game that Jagex develops. We saw a release of Old School RuneScape on mobile last year that drew headlines from the gaming press and brought people to the game. When dealing with products that have the lineage and age of the RuneScape franchise, they need to be treated with careful respect. When Old School RuneScape released on mobile there was tremendous confusion in some stories about whether or not Old School RuneScape was just “RuneScape.” The world’s most successful products are built on respected brands. RuneScape 3 needs to be respected.

To recap, while there are undeniable similarities and canonically The Land Out of Time is in all likelihood RuneScape 3’s interpretation of Fossil Island, it shouldn’t be called that. RuneScape 3 has a lot of potential in the next 12–18 months. Building RuneScape 3 is similar to a government making political decisions. There is capital won, lost, and spent with the players. Capital was saved by going for the simple comp cape rework, capital will be spent on the big Hunter update, and capital was earned with the Mining and Smithing rework. To execute a successful large update it needs to not be overshadowed either internally by another game or in the press by confusion of marketing titles.