Christmas is a time to spend with family and loved ones. Christmas has always been apart of my life and one of the most special days of the year. Over time it has changed and grown into new and more exciting things.

One of the advantages of being apart of an online community is that connecting is as simple as pressing a few buttons. Over the last number of years a new Christmas tradition has blossomed at RSBANDB. After we finish with our family gatherings on Christmas Eve we all gather at home to play video games. The games are usually more lighthearted which makes them the perfect holiday addition.

Being around the average age of students or just having finished school, some travel home for Christmas. That doesn’t stop them from appearing either. Whether it be taking the computer home or joining for some web based games with a laptop and microphone, we all join in.

This years festivities included Garry’s Mod: Trouble in Terrorist Town, Skribbl.io (online pictionary), and… Cards Against Humanity. The games whether these or Overwatch and Table Top Simulator don’t really matter. The general feeling is that at one time was a foreign concept of using a computer to play video games and chat with others has become an important part of the Christmas tradition. 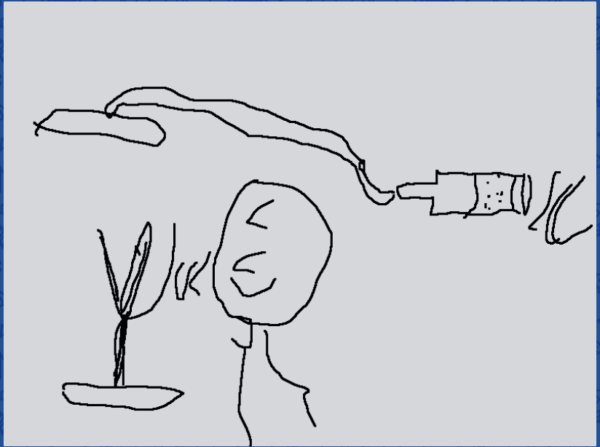 My beautiful drawing while playing skribbl.io on Christmas Eve

Traditions change and form out of nowhere it seems. Once the familiar feeling of Christmas Eve at RSBANDB happened year after year, it’s hard to imagine it not happening. An online tradition that feels almost as real as a what you would do with your family doesn’t take away from the Christmas season, it only adds to it.

As I stated in the beginning, the definition of Christmas for me has changed over time. This in itself is one of the recent changes to it even though it has been happening for a few years now. The very definition of the word ‘tradition’ implies passing customs and beliefs forward, but the definition doesn’t explain how a tradition begins. No one said, “let’s start gathering on Christmas Eve for games after we finish visiting family!” It just started with some games a number of years ago and continues today. It’s as important as many of the other traditions we all value.

Merry Christmas to all!

PS: The word I was attempting to draw was ‘microphone’