Windows 10 is here! It’s an upgrade that greatly increases the usability of Windows and heralds a new direction for Microsoft. Windows releases are typically loved or shunned by the community for arbitrary reasons, true or not. What is true is that I’ve got 10 solid reasons for you, the reader, to upgrade to Windows 10. 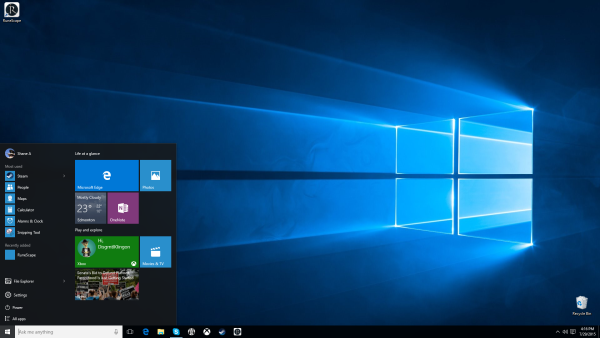 1. The upgrade is free.
The bulk of Microsoft’s revenue comes from enterprise customers. This in turn means that Microsoft takes a smaller amount of revenue from consumer services (Office subscriptions, Xbox, etc.) Windows 10 is probably the most important Windows release since Windows 95. Microsoft wants everyone to upgrade and they can accomplish this by making Windows 10 free (for a year) and it won’t hurt the bottom line in any noticeable way. Besides, people like to pirate Windows, this gives them a reason not to.

2. Windows 10 brings a modern OS to Windows users.
Why does Windows 10 need to be free? Microsoft has had a rough go in terms of consumer perception over the last decade. Vista didn’t go over well in the beginning, 7 was a breath of fresh air, but 8 brought doubt to the standard user once again. Vista created a modern OS for the mid-2000s and 7 refined it. Windows 8 attempted to create the next generation of desktop operating systems tying in the desktop, notebooks, mobile, and gaming. For an unknown reason to myself the standard user does not cope well with change. Windows 10 lets you be whatever you want. Want to use Windows as you used Windows 7? You can do that. Want to use the new style of interface introduced in Windows 8? You can do that as well. Windows 10 brings a top of the line modern operating system to the public while presenting an incredible amount of choice. 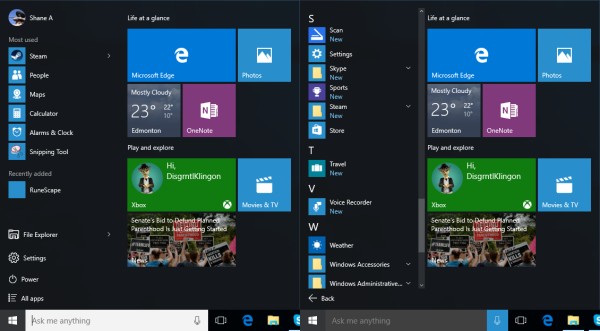 The Windows 10 Start Menu, combining the best of Windows 7 and Windows 8

3. It will be the last Windows update that is hard to install.
We’ve heard from Microsoft and in various media that this will be “the last version of Windows.” We should believe Microsoft when they say this. The same code base will also be running on Microsoft’s Surface tablets and Windows Phone devices and the expectation for mobile devices is that upgrading be simple. There’s no reason this can’t happen on the desktop. This has the added benefit of decreasing the amount of potential problems that can occur during the update process. Going forward, updating your Windows PC will be as simple as updating your smartphone to its newest operating system!

4. The update will be painless.
Since Windows Vista the plumbing that makes Windows work hasn’t changed all that much aside from optimizations. In fact, every version of Windows since Vista has run on relatively the same kernel (a kernel bridges the gap between hardware and software). Microsoft heavily optimized the kernel for Windows 7 (version 6.1) and made smaller changes for Windows 8 (6.2) and 8.1 (6.3). Windows 10 (6.4) continues this glacial improvement of the kernel. As a result, almost everything that worked on 7 or 8 should work on Windows 10. No upgrade pains!

5. Windows 10 will be stable.
If there’s one thing that has been learned since the release of Windows 7 is that new releases from Microsoft are stable. There’s absolutely no reason to expect anything else from Microsoft with Windows 10. With that being said all operating systems whether they are for a desktop computer or a smartphone are prone to security vulnerabilities that will be patched in a reasonable amount of time. Windows 10 won’t be anymore vulnerable than its predecessors, this is because of the common lineage that it shares with Windows 7 and Windows 8. Moral of the story: aside from standard security patches Windows 10 won’t have that many bugs.

6. A unified Microsoft platform.
Where Windows 10 gets really interesting is the single unified platform it presents. For years the goal of Microsoft, Apple, and Google to a lesser extent has been to provide an experience that transitions seamlessly between devices. Microsoft accomplishes this with Windows 10. Desktops and notebooks run the Windows we all know. The Surface tablets can run Windows 10 in tablet mode or desktop mode. Windows Phone devices will run Windows 10 in a shrunk tablet mode. And of course, the Xbox will also present an interface that is familiar but not exactly the same as the desktops, notebooks, Surfaces, and phones. There’s something to be said about applications look the same across all of your devices.

7. Microsoft has made development tools freely available.
Under previous versions of Windows publishing an application on the Windows Store meant that a developer would need to spend hundreds of dollars on Visual Studio to create the application. That’s gone with Windows 10 as the developer tools required are freely available. This means that we’ll see more application developers and ultimately more applications created for Windows 10. Applications can ultimately determine the success of any new platform. Windows applications are plentiful but the vast majority of them aren’t that great. With applications curated in the Windows Store and a whole new batch of developers moving to the platform means that we should see some great new applications for Windows 10. As a final note, developers will be able to write code once and have it work on desktops, tablets, and phones.

8. A great new interface + Cortana.
The Windows 7 interface was very popular. Windows 8 took this interface and modified it heavily, with mixed results. Windows 10 improves the interface bringing together the best elements of Windows 7 and Windows 8 (pictured above). The start menu is only a full screen entity if you are using a tablet or phone. If you are on a desktop or notebook computer it functions much like the start menu of Windows 7. While this similarity exists it also brings exciting new features. The start menu can now show live tiles from applications that are installed (weather, news headlines, social updates for example), the start menu can also search the internet, and Microsoft’s digital assistant, Cortana, has arrived in the start menu. Cortana has many of the same features of Siri and Google Now but is described as more human than Siri and not as information hungry as Google Now. Cortana marks the first time such an assistant has been present on a desktop operating system. It will definitely be interesting to see where Microsoft goes with Cortana on the desktop. 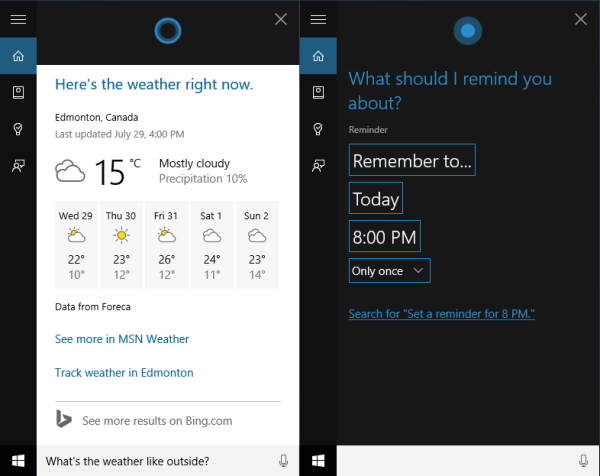 9. Game streaming from Xbox.
Furthering the idea of a single unified platform it is now possible to stream games from your Xbox to any Windows 10 device. Keeping in mind that Windows 10 provides the same experience across all devices this means that your tablet or notebook computer can access your Xbox games as well! The streaming works well and has very little noticeable input lag while running over a home network. The only downside of Xbox game streaming is that your Xbox will also display the game being played, that means no TV while gaming. This may change in a future update to Windows 10 and the Xbox. In the future you will also be able to stream PC games to your Xbox if you prefer a larger screen.

10. Edge
For all of recent memory the two browsers to use on Windows have either been Google Chrome or Mozilla Firefox. An operating system is a suite of core software, included in this software should be a browser that is actually decent. Microsoft delivered that with Microsoft Edge in Windows 10. Edge is a modern web browser that abandons most of what was known in the past with Internet Explorer, this is a good thing. Edge is fast and usable right now with the launch of Windows 10, give it a try. It will become even better when it gains support for Google Chrome extensions later this year.

There you have it, 10 reasons to upgrade to Windows 10. If you are having doubts, doubt no further. If you have any questions please feel free to post them in the discussion topic. We are at the beginning of a transformation of Windows as we know it.