Gaming Review: Hearthstone and Heroes of the Storm

Hey everyone! I’ve got a fresh gaming review for you. However, unlike most of my reviews that focus on one game, this article is going to have two. This month, I’m looking at a couple of Blizzard’s most recent projects: Hearthstone and Heroes of the Storm. If you are a huge fan of Blizzard games and haven’t checked out these latest additions, consider this your wake up call. 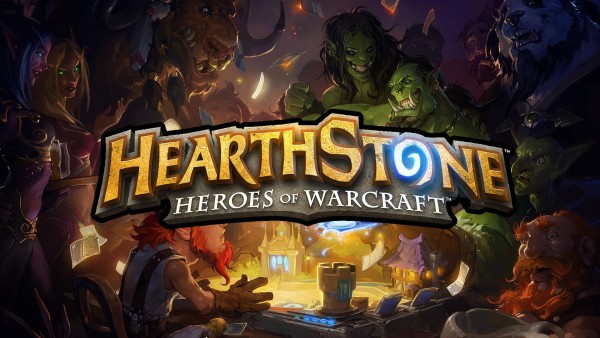 Released last year in March, Hearthstone: Heroes of Warcraft is a free-to-play CCG (collectible card game) set in the Warcraft universe. Similar to games like Magic the Gathering and Yu-Gi-Oh!, Hearthstone is a turn based card game that focuses on building, modifying, and improving your deck and using skill to best your opponent on field of battle.

Players start out with basic cards and decks. From there, they can play one of nine classes, each with a unique ability, to unlock class specific cards. Each class has its own unique play style and strategy it excels at, offering players variety and the chance to find out what best suits their type of play. Players can play against bots, people, in ranked mode, arena mode, or adventure mode and level up their classes while unlocking cards and improving their decks.

For people who aren’t familiar with card games (like me), Hearthstone isn’t a very difficult game to figure out. Although there’s a tutorial to cover the basics, there are a good number of YouTube and Twitch users who have videos and streams dedicated to showcasing how to play Hearthstone. These players are very skilled, but the strategies and principles they use are all the same and readily applicable at any level against any opponent, skilled or unskilled.

Just like any card game, there is an element of luck to playing Hearthstone. You can be a far superior player, but still lose to if you don’t draw the right cards at the right time and your opponent does. However, skill and strategy still play a major role in how games play out. For the most part, if you play often and continue to improve your play, you will get good and excel in Hearthstone.

Heroes of the Storm 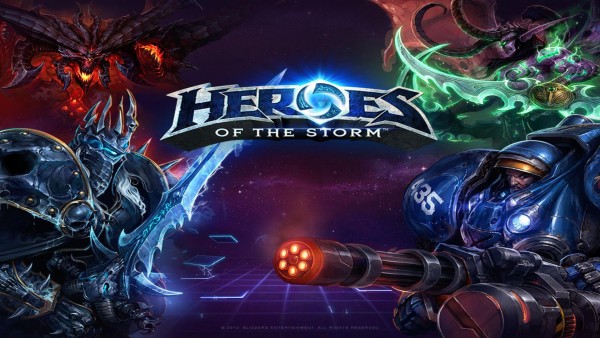 In a completely different genre than Hearthstone, Heroes of the Storm, otherwise known as HotS, is a MOBA (multiplayer online battle arena) similar to League of Legends or Dota. The game’s heroes are brought together from every other game in the Blizzard catalog like Warcraft, Starcraft, Diablo, and Lost Vikings. The game is currently in beta and is far from a finished project, but it offers a unique alternative to other MOBAs

The premise of the game is that heroes from throughout the universe are brought together to fight in an arena. Just like any MOBA, there are different classes of characters people can choose to play, ranging from fighters and assassins to supports and tanks. Players spread out into multiple lanes to face the enemy team, break through the enemy’s defenses to reach and destroy the core. Just like other MOBAs, HotS has a laning element to it including hard points in each lane. However, it is not the ways in with HotS is similar to other MOBAs that it stands out.

HotS differences from other MOBAs make it a truly unique game of the genre. For starters, experience earned by champions is shared across the whole team, not just earned individually. In other words, everyone earns experience together and levels up at the same time. In this way, the game is much more team oriented than lane oriented like in traditional MOBAs. Secondly, there is no use of items in game. Heroes are bare bones and only have leveling as a way to improve their stats and a talents system to improve their abilities. It’s also worth noting that all basic abilities are unlocked at the start of the game (ultimate abilities are unlocked at level 10). Thirdly, maps have their own unique objectives that greatly aid teams in their quest to win. MOBAs traditionally focus on fighting as the main way of grinding out a win. The same is true for HotS. However, meeting map objectives and getting the rewards for doing so provide a substantial boost to a team’s efforts to win.

While it’s still in beta, HotS offers an immediate breath of fresh air to the MOBA scene. Not only is it fun to have a MOBA based around Blizzard games, but the game actually provides a new approach to playing a MOBA. Rather than copying what most already do with static individual fighting, team fighting, laning, item building, and boss fighting, HotS breaks away by making leveling a team effort, not an individual one. Maps play a larger role in the way a team wins.

Hearthstone and HotS are both great games that bring something new to the table. The biggest selling point for both is that they are based off of Blizzard’s other gaming series such as Warcraft, Starcraft, and Diablo. People who already love these other titles will love these games simply because they incorporate elements from the other games. Blizzard, already well established in the RTS and RPG genres, is looking to expand into the CCG and MOBA scene using their already popular franchises as its base. This is a great way to get some of the Blizzard community to branch out into the MOBA and CCG genres.

I think these games are a great step in the right direction for both Blizzard and the genres they are trying to break into. Even though it seems a bit cliché for Blizzard to expand into already well established genres just to get a piece of the action, they don’t just copy what everyone else is doing. They look for ways to change it up and make it different or more interesting. For them, it isn’t about doing what everyone else is doing, but also finding ways to break away from tradition while still creating an enjoyable and entertaining experience for gamers.

I definitely give both Hearthstone and HotS a strong recommendation and suggest them to any PC gamer. If you love Blizzard games already, you will enjoy these games no questions. Whether or not you’ll like CCG or MOBAs currently or have little to no experience with them, these two games are great ways to get into them and feel them out.