E3, the Electronic Entertainment Expo, has been the trade show to bring us all of the latest gaming news every year since 1995. Gaming systems have always been introduced first at E3. Playstation was given a hardware performance demo and the Nintendo 64 was announced at E3 ’95. Ever since, E3 has been the expo of all expos, nothing compares to it. Sadly, this year we were given no new console announcements and no major future console additions, features, or add-ons. However, this year was filled with plenty of amazingly looking game releases, with sequels being in incredible abundance.

First on our list of upcoming sequels is Resident Evil 5, which is looking very much like the recent Resident Evil 4. The graphics are the same one toned colour scheme, which creates such an eerie environment and a very realistic looking game. In Resident Evil 4, much of the backgrounds were a shade of grey and other dark colours, while in Resident Evil 5 it has become more of a light sandy scheme, since we are in Africa after all. As the game starts out, the two main characters are introduced: Chris Redfield, who we have seen in Resident Evil and Resident Evil: Code Veronica, and newcomer Sheva, who is controlled by A.I. or by another player in co-operative mode. The difficulty has also been increased in this instalment with slower character movement and way smarter enemies. Resident Evil 5 looks very promising, and is building upon the success of the last game to create an even better game. Resident Evil 5 will be shipping on March 13, 2009 for the PlayStation 3 and Xbox 360. 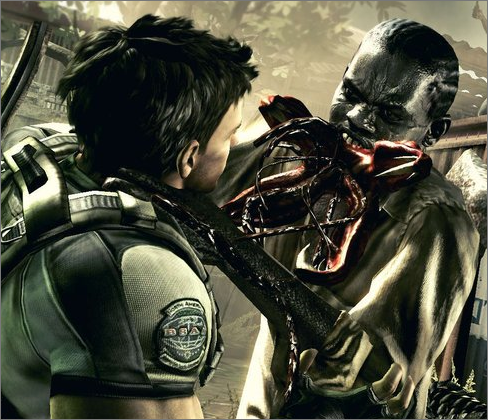 The Prince of Persia series have been completely redone, hopefully for the better. The next installment in the series has cell-shaded graphics, much like those seen in The Legend of Zelda: The Wind Waker. Along with the revamped graphics, Prince of Persia has been transformed from a somewhat repetitive platformer to more of an RPG. Players are now given a massive, open-ended world to discover, rather than straight forward levels lined up one after another. Although you are working towards a goal, you are given the chance to now explore on your way to that goal. Combat has also been improved upon. Instead of being a simple button-masher, strategy has been added into the mix. Your partner, Elika can only do damage when enemies are in the “corrupted state”, and when an enemy is in the “aggressive state”, only the prince can deal damage. Enemies also adapt to your fighting style, so you will need to try out different combos and attacks if you wish to stay alive. Prince of Persia is said to ship this holiday season on the Xbox 360, PlayStation 3, and PC. 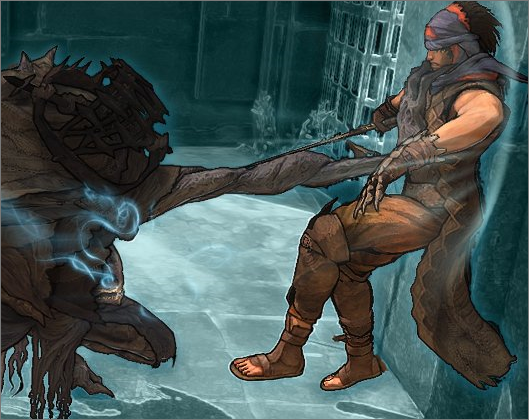 Finally, the long awaited Fable 2 has had some light shed upon it. The first change from the last Fable is the way in which you earn money. In Fable 2, money won’t be earned from doing quests, but rather from doing jobs around town. Things such as blacksmithing and bartending will help you earn a little income, although having Xbox Live will increase your fortunes greatly. The Xbox Live Arcade game, Keystone, will be available to download 6 weeks before the release of Fable 2, allowing players to obtain some money before even starting the game. Also, a neat little Xbox Live feature will allow you to join your friend on one of his quests and be paid for your work. Along with online co-op (or a pet dog if you don’t have Xbox Live), there are many different features, such as the ability to be a female, proving Fable 2 to be much better than its predecessor. Fable 2 ships this October. 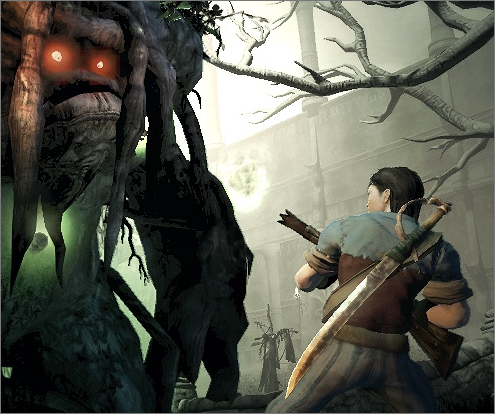 Much like the other sequels revealed throughout E3, Banjo-Kazooie: Nuts & Bolts takes the core of the original Banjo games but changes some features drastically enough to almost be a complete new game. Although Banjo will still be a platformer, a new dimension has been added in: vehicles. On your adventure through the game, you will find various pieces of equipment (hence the title, “Nuts & Bolts”) which you will later be able to use on your very own customizable vehicle. There are default vehicles for the levels, but you can also choose to use your home made one, which always proves to be more fun. Vehicles play a huge role in this game, so really, it has moved away from the standard platformer and become quite unique. Banjo-Kazooie is reported to be out by the end of the year, so get your rocket launchers ready, you’ll want a pair on top of your jet engine powered underwater car. 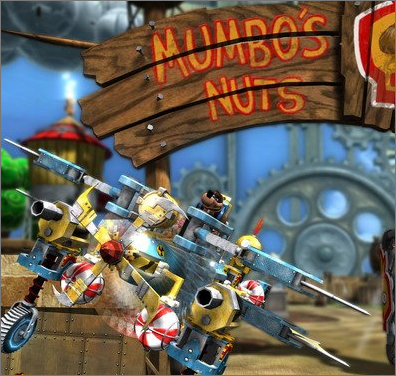 Final Fantasy XIII, thought to be a PS3 exclusive game, has been announced for the Xbox 360 as well. Both versions ship on the very same date, although that exact date has not been revealed as of now.

The Xbox 360 dashboard will be getting a shiny new coat of paint this fall. Avatars, similar to those of the Wii will be coming. Avatars will be displayed next to your Gamertag while you browse the dashboard, and will be used in a variety of upcoming Xbox Live Arcade games. Eight way chatting and photo sharing is also amongst the many features of the dashboard update.

Hardware company Madcatz has paired with Harmonix, developers of Rock Band, in order to bring us some brand new peripherals. Bass guitars, lifelike guitar controllers, portable drums, and a built in microphone controller are all on the list. The new peripherals are completely optional but will add a new level of quality to the instruments.

Of course, many other new games were announced for the Xbox 360, some with very little info, perhaps just a title and a plot outline. For an in-depth coverage of E3 2008, I urge you to check out Gamespot’s E3 page right here.