It’s that time of the year again when Jagex gifts us with yet another holiday event. This year’s Easter event is no different than the years before – the Easter bunny has somehow messed up his plan of delivering eggs and needs you to solve this annual conundrum.
–
The event can be started at its usual place – south of Falador near the entrance to Rimmington. There will be an obscenely obvious change in the landscape as you approach the area – there’s a rather large hole and a sign protruding out of the ground. After trying to climb down the hole, you find out that the Easter bunny is missing his eggs yet again, its egg-making lair is infested with pests, and you need to get three eggs before the guard bunny will let you in. 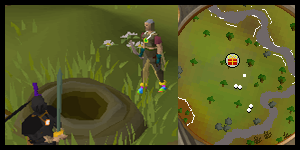 The eggs can be found in various places close to the event area. If you talk with the guard bunny more, it will give you hints as to where you can reach them. There is an egg in the ship to Karajma, on a rock on the east road approaching Draynor, in the furnace at Falador, on the statue of Saradomin north of Falador, and a few other places. 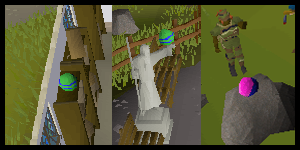 After you gather your three eggs and return to the rabbit hole, you will be allowed to enter. As you talk with the Easter Bunny, he will give his infamous speech about his woes and troubles and ask you to help. It says that it has invented a creature called a chocotrice (evolved from some form of cockatrice) that will turn anything into chocolate when it looks at it. You will have to hatch one and lead it into tunnels in the Easter Bunny’s lair to destroy the invasion of pests. 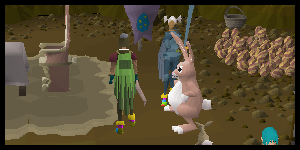 To hatch a chocotrice, simply get an egg from the pile next to the Easter Bunny. 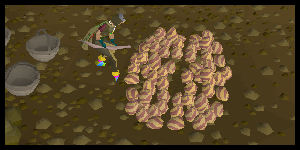 Dip it in a fountain of chocolate near the front of the cavern, and then store it in the incubator to the south of the cavern. You will have to set it to the right temperature a few times for it to hatch. To do this, pick up twelve buckets from a nearby table and fill them with nearby water and coal (two trips: one for coal and one for water). Empty the water and coal into the incubator and then adjust the temperature. 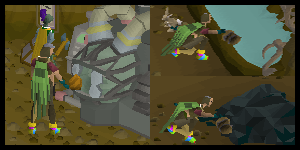 You can either add water or add coal in order to cool or heat the incubator, and you will have to do this until the arrow is pointing right where the green marker is. 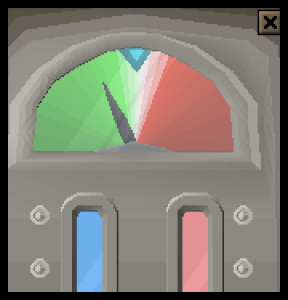 After you do this several times, the chocotrice will hatch and run away (helpful little thing isn’t it?). 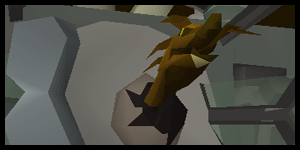 In order to solve this problem, go back and talk with the Easter Bunny. It will tell you to use the chocotrice to collect 12 pieces of chocolate and turn you into a rabbit, and then you will hop away into the tunnels where your chocotrice is waiting (notice it will turn anything it looks at into stone, but not you). 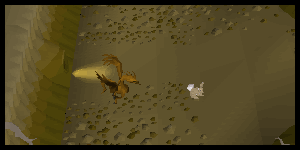 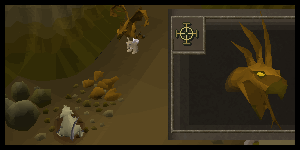 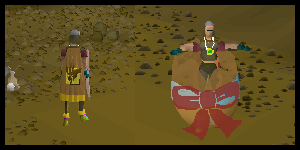 –
I would rate this holiday event a 2/5. It took an absurdly long time to get the chocotrice to turn things into chocolate because the pests moved around, and if it moved out of the chocotrice’s line of sight it wouldn’t turn it into chocolate. This got rather frustrating after a few times, and considering you needed 12 of the freaking things I ended up camping at a little corner waiting for a certain slug to keep respawning instead of running around the whole place chasing a cockroach. The reward was also a bit lame in my opinion, as the emote could only be done with the cape on (the emote itself wasn’t too bad surprisingly, but the cape looked stupid). The egg hunt at the beginning was fun; too bad you only had to find three eggs. Maybe next year they can have a worldly Easter egg hunt – now THAT would be cool.