Updates to the Duel Arena

In Behind the Scenes: November, Jagex mentioned a tournament update to the Duel Arena. I envisioned player-created tourneys with a large board, similar to room-joining in other games. If you’ve been to a tournament, you’ll see that isn’t what Jagex had in mind. A new underground entrance was added to the Duel Arena, where these tourneys will take place. The above ground Duel Arena that we all know and possibly love has also been graphically updated. 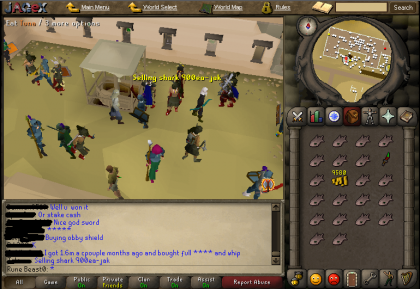 For information on the way the system works, you can speak to the Head Registrar (the man in the tan hooded shirt outside the entrance). To begin the tournaments, you’ll want to go to the Dueling Tournament worlds. Only in these worlds do tournaments run, if you are not in them the Head Registrar will not let you down the stairs. World 54 is called the “High Lvl Duel- Tournaments” for a reason. However, the other tournament worlds (83, 114, 129, 130, and 132) rarely have enough players for the registrars to begin tournaments. After you login to a tournament world, go down the stairs. You’ll see a warning that you can later disable, telling you not to leave your duels.

Rank is a measurement of your ability and winning record in the Duel Arena Tournaments. At first, you will only be allowed to duel with the first couple of registrars because of your rank. As you win tourneys, this rank increases. You can see your rank from the High Scores if it is 1,900 or above. Losing duels decreases your rank.

To begin a duel, find a registrar in the underground area. By talking to them, you get a screen that displays the rules and restrictions of the duel. When you’re first starting, Registrars One and Two are pretty much the only ones that will accept your rank in a duel. You’ll also want some coins to pay your entry fee. Once you decide upon a tournament to participate in, you can look at the side of the window to see symbols of what is permitted and what is not. An image of a potion, for example, means you can use potions in the rounds. 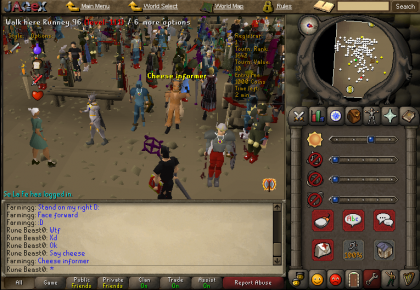 Once the tourney begins, you are transported to a waiting room for a few seconds as your opponent’s picked. Then you’re whisked into an arena. Look on your minimap to see the arrow pointing to your opponent, or look at your surroundings to find the player with the arrow over their head. After that, it’s up to you (and the restrictions of your duel) on how you fight them. 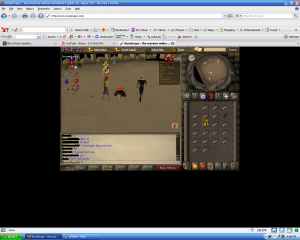 Along with the tournaments, Jagex implemented a previously mentioned graphical update and a 3k staking cap in the above ground Duel Arena. The graphical update looks quite nice in my opinion, but the staking cap is another issue. I don’t stake, but I know it (predictably) angered the stakers who would previously stake for extremely large amounts. I still believe Jagex may have an update to this in the near future. Overall, I quite enjoyed these updates to the Duel Arena, even after, in the words of my killers, “getting owned” nearly every time I fought. I suggest readers to check it out!