Hello and Welcome to another issue of RSBANDBInformer!

August may have been a rather light month on Runescape but we certainly have made up for it in the stance of articles. First of all we have articles on clan chat, themed worlds, and the new player kit. Aside from articles related to Runescape updates we have an article about the benefits of Farming by one of our new staff members, Jasonmrc. This month we also welcome Rune Beast0 to RSBANDBInformer! along with Jasonmrc. Rune Beast has written an article based on user input and whether or not they play Runescape to grind, level, or just merely have fun. Bluebrisingr has written an article about the debate of F2P vs. P2P. She’s also written another article with a recommended MMORPG. We also have the monthly installments of SWC Chronicles and Manya’s Mayhem. Finally, Matthew has written an article entitled “Things Every Computer User Should Have” and he’s also got app’s of the month. This month App’s of The Month is rightfully titled, “The XP Enhancement Marathon.”

This month Metalmaniac9 claims his first SOTM win. He won with this signature. 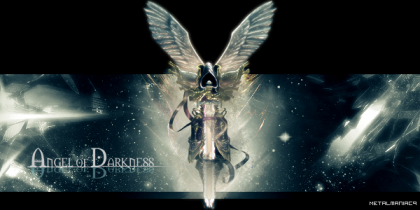 A transparent version is available here.

This month RSBANDB sees a partial release of a new feature. Late this month RuneWire was released. RuneWire is a micro-blogging service aimed at the general Runescape population. This is just a scratch on the surface of what RuneWire will be. Expect RuneWire to be out of beta by the time you read the October issue of RSBANDBInformer!

With that said, have a good first month back at school!
Shane, Brad, Mushroom Queen, and The Informer Staff.

This article is filed under FrontPage. You can follow any responses to this entry through the RSS 2.0 feed. Both comments and pings are currently closed.
Navigation