Have you retired from Runescape? Are you absolutely sick and tired of the nooby updates (or no updates if youâ€™re free-to-play)? Do you just want to move on, get over Runescape, and play something else? Well, this section of the newspaper will hopefully provide you with some starting information to a new, good game to get addicted to besides Runescape. Introducing, Recommended MMORPG!

This monthâ€™s MMORPG is:

NOTE: It is recommended you have a Geforce or Radeon Video Card and DirectX 9.

Gameplay â€“ The gameplay in Rakion is completely based on PvP combat. You gain money and experience by killing others in stages of battling. You can buy better armor/weapons/summons (explained later) as you level up using the gold you get from the shop. Rakion has unique attacks that are issued using a combination of your mouse buttons and your keyboard, while your mouse itself controls the camera. Here are some of the basic keystrokes for some attacks (though Iâ€™m not nearly listing as many as there are, thatâ€™s what the tutorial at the beginningâ€™s for): 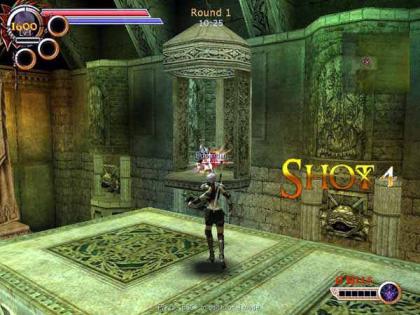 (A Ninja using their Range attack)

Classes â€“ There are five classes in Rakion. However, unlike other MMOâ€™s, once you pick a class, you stay that class forever. There are no upgradeable classes after the one you choose. Each class has their own unique attributes and attacks that theyâ€™re able to use, as well as a range attack option and a melee attack option.

Swordsmen are your average, all-around OK class. Swordsmen are the best class for beginners, yet if you master the class, you can deal great amounts of damage. Note: this class only has a male appearance.

Archers are probably the worst class to start with, but the best class with training. They are best known for their demolishing range attacks (especially their specials), yet when it comes to close combat, theyâ€™re not very good. Note: this class only has a female appearance.

Blacksmiths are the class with the strongest attack, yet where their attack is mighty, their speed is weak. However, if youâ€™re looking for a dominating, powerhouse class, this oneâ€™s for you.

Mages are your usual magic user class. Mages have the quickest attacks next to ninjas, and they also have a special tracking range attack. Mages can use unblockable attacks that cause great amounts of damage. No, there is no MP either, so there is not a limit to how many magic attacks you can cast.

Ninjas are the last class. Theyâ€™re the stealthiest and quickest of all classes, though their attack isnâ€™t the best. Ninjas are best known for their fearsome grip attack (which is hard to pull off unless you get the hang of it a few times). Note: this class only has a female appearance.

Stages â€“ When you enter Rakion, you go into the Lobby where you can select from over 200 user-made stages to battle in. Each stage has a level requirement, as well as a max number of users and a specific stage type. In each stage, there are a certain number of rounds with a time limit for each round. After the round ends, a list of who killed the most will appear before the next round starts. If you do not like any of the stages (although, being there are 200, there should be one that fits your needs), you can create your own in the lobby. There are three basic types of stages (although they can be in different locations, explained later) that you can choose from.

The Deathmatch stage is an all out kill-whoever-you-see stage. This is probably the best stage to get an experience of fighting, as well as being the best stage to use your Chaos mode (explained later). If you die in this stage, you can still continue playing after a few seconds of staying dead. 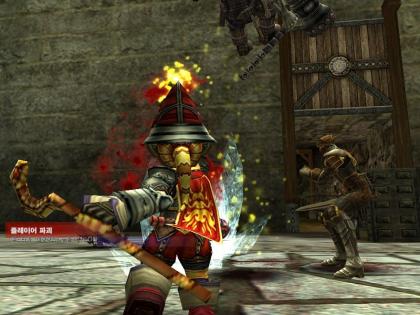 The Team Deathmatch stage is where youâ€™re fighting with a team against another team (pretty simple). Whichever team kills the most players on the other team is considered the winner when the round is up. If you die in this stage, you can still continue playing after a few seconds of staying dead. 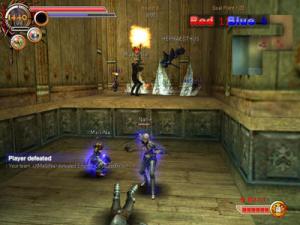 The Golem Wars stage is a rather unique one. There are two teams, and each team has a golem on their side of the field. In the middle of a field is the Gold Golem. At the beginning of the round, each team tries to get to the Gold Golem and kill it, for whoever kills it gets the â€œGolden Swordâ€ ability to attack the other teamâ€™s Golem. You cannot attack their Golem without the golden sword! The teams must then try to protect their player with the golden sword or protect their Golem. If the player with the golden sword dies, the Gold Golem is revived and fought over again. If you die in a Golem War round, you will not be able to play until the next round starts, although you can watch others. The round ends when a teamâ€™s Golem is killed or a team is completely killed. This is the best stage for beginners as it gives the most experience and gold per round (even if you donâ€™t kill anyone). 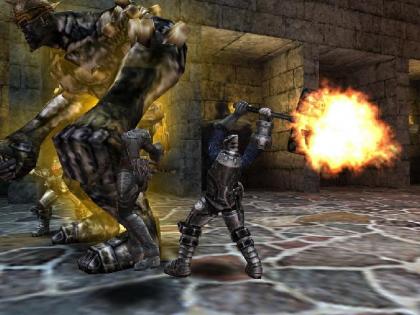 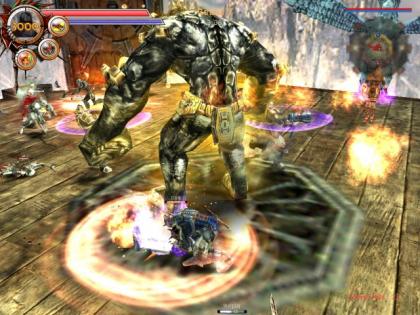 Locations â€“ Each stage can be located at one of many locations. Each one has a different playing atmosphere to it. For example, some locations may have multiple floors accessible only by portals, while others may have ice where you slip and slide around. As each location provides a different playing environment, youâ€™ll want to get used to as many as you can. 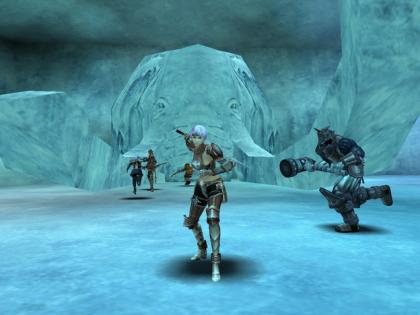 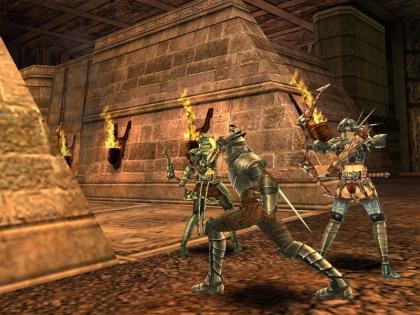 Chaos Mode â€“ In each stage, after you kill seven players, you will have the ability to go into Chaos mode. When youâ€™re in Chaos, not only does your appearance change, but your attack/defense is multiplied greatly, plus you cannot be spun or knocked down. It is best to use your Chaos mode when youâ€™re at full health and near a crowd of people, for your time using Chaos is limited, although it will increase a little if you kill people. After your Chaos time runs out, you will have to kill another seven players before getting the Chaos ability again. 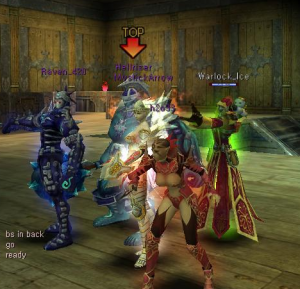 Summoning â€“ In Rakion, you have the ability to summon soldiers/monsters to aid you in fighting. You get these summons by buying them at the shop or from special holiday events. The summons will stay and fight for you until they get killed by an enemy or the round ends.

Clans â€“ There are also clans in Rakion, although you must be level 25 in order to make one. Clans have different ranks for their players and also often engage in Clan Wars. However, most clans do not accept other players unless theyâ€™re above level 20, so donâ€™t worry about a clan until then.
–
While Rakion may sound rather complicated, it really is a very simple, well designed MMORPG. Its gameplay, as well as graphics, are very amazing (especially the graphics; I think theyâ€™re comparable to WoWâ€™s graphics). Youâ€™ll have never really been immersed in complete PvP if youâ€™ve only played Runescape, for youâ€™ll have to play Rakion to experience the real ferocity of all-out combat. If youâ€™re rather bored and are dying for something to do, download Rakion and see the action for yourself.