Earlier this month Firefox 2 and Internet Explorer 7 were both released. These were two releases that almost everyone in the tech community was anticipating. Everyone had high expectations for both of these browsers including me. In Internet Explorer 7 I was looking for two major things things, which were increased standards compliance and increased safety. In Firefox 2 I was looking for a few things improved from Firefox 1.5, the main was decreased memory usage. These are the things in both browsers that I was looking forward to. I’ll come back to these later on.

The main new feature that stands out to everyone in Internet Explorer 7 is tabbed browsing. This is something since Firefox and Opera have had for a long time. Tabs are something that I could not browse without. They provide a way for me to organize my content and browse more efficiently. There is one thing I like more about the Internet Explorer tabs than the Firefox tabs, this is the ability to tile tabs. Opera has a feature similar to this. Here’s an example of it: 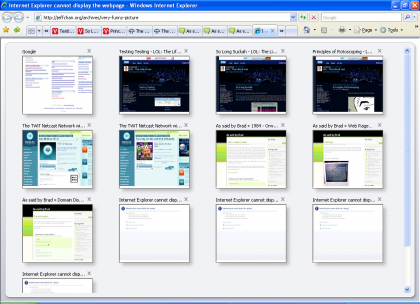 Still on the subject of tabbed browsing both browsers handle tab overflow in the same way. Tabs in Firefox 1.5 would move off the edge and you’d have to manually press an arrow to move the tabs. This problem has been addressed in Firefox 2 and Internet Explorer 7.

Another feature that I am happy about in Internet Explorer 7 is the RSS reader. This is one feature that is well done in both browsers. Prior to Firefox 2 RSS feeds were not styled and were harder to work with. Now you are offered an options as to how you can subscribe to a feed.

Firefox 2 lets you choose how you want to subscribe to a feed. Options include Live Bookmarks (Built into Firefox), Bloglines, MyYahoo, and Google Reader. While Internet Explorer also has support for RSS feeds it does not have the same options Firefox does for direct subscription.

The above image is what a RSS feed looks like in Internet Explorer 7. 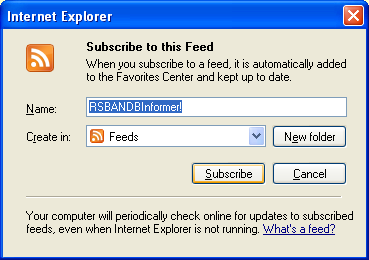 Feeds in Internet Explorer 7 do not give the option of using external services, instead they create a folder as if they are a subset of the favourites.

Another new feature in Internet Explorer 7 is page magnification. This is a feature that Opera has. I have no use for this as I can see perfectly fine but without a doubt it will be useful who have vision problems. Here you can see the RSBANDBInformer! page magnified. 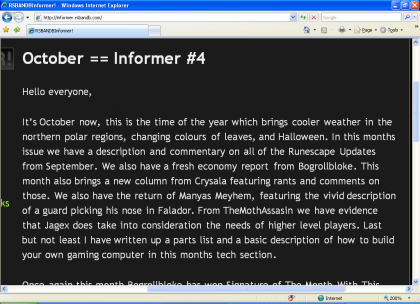 Back to Internet Explorer 7 now. In this version Microsoft has got rid of the standard menu bar. This new interface is confusing to some but it provides a more streamlined design to suit Windows Vista which will be out in January. You can however get the menu bar back up temporarily by pressing alt or by just adding it by right clicking near the top. I at first was uncomfortable with the new design but over time it has grown on me. 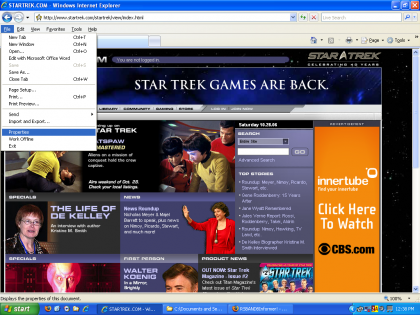 While these features that I have highlighted have been tweaked and in the case of Internet Explorer added in this version there are a few smaller features that are unique to each browser. Before moving onto features in just one browser I’ll take a look at standards compliance and memory usage.

In Firefox 2 a spell checker has been added, which spell checks forms used for user input. This is a useful feature for me (those of you who have me added on MSN know what I mean). 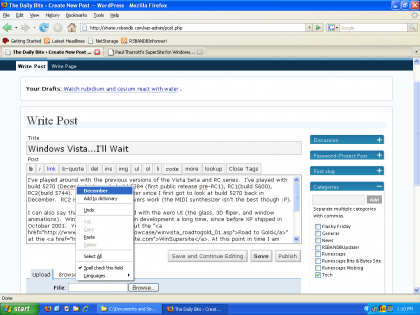 Another new feature in Firefox 2 is the ability to restore your session and start where you left off. Some people like this, some don’t. This has also been implemented so that if you install an extension it will bring you back to where you were before it got installed. 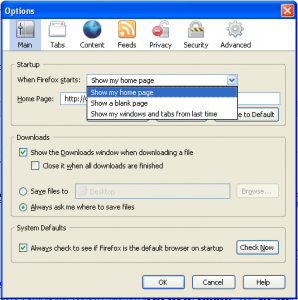 Memory usage can get really high if you have lots of tabs open with large content. My test case was 4 tabs open one contained the Google home page, another contained the Runescape Java map, the other was open on the RSBANDB forums, and the final one was open on digg.com which is very reliant on Ajax. In this test case memory usage in Firefox rose to 103MB while Internet Explorer also rose to a high amount, 98MB. I have had many other first hand experiences where Firefox memory usage was at 170MB. Internet Explorer is better with memory management.

After taking a look at both of these new browsers the choice is clear based on security alone. In the past two weeks since internet Explorer 7 has been out there have been two exploits. One of which allowed a malicious website to spoof the address in a pop up window, while another allowed the content of the popup to be changed completely. Because of these exploits if you are going to make a decision between Internet Explorer 7 and Firefox 2, I’d have to recommend Firefox 2. However if you decide you want to look at another alternative which has these features, you may want to consider Opera as it does use less memory. If you must use Internet Explorer without a doubt I’d say to upgrade to version 7.