Smithingâ€™s one of the oldest skills in Runescape. Itâ€™s the biggest skill for non-members because more than 90% can be made by non-members. Itâ€™s the one and only skill that will almost always let you learn something every time you level up. A skill that is incredibly hard to train but can give so much wealth. Yet so many people find smithing pointless.

I’m currently raising my smithing level and I noticed smithing can truly be called a forgotten skill. People seem to have forgotten that smithing is needed in Runescape. Take for example the blast furnace. The dwarves made the blast furnace to smelt their ores faster and only with half the amount of coal. On paper it has to be one of the most successful mini-games in Runescape. You have to work with your friends, you get experience if they do something, you get experience if you smelt something. You even can get some experience in agility, strength and firemaking (I know it’s not much but it’s a nice extra). It’s faster then normal smelting and it’s cheaper because of the half amount of coal.

I thought I could easily train there: having my iron ores noted in my inventory, sell them to and buy them back from a dwarf, smelt them and then smith them into knives. And repeat that progress a couple of times. Well, I was wrong. Even in world 2 there were no people at the Blast Furnace. And I know it’s possible alone, but that is very time consuming. And that is exactly what I think is strange. As I said before smithing is needed in Runescape. Where else would the rangers get their knives and cannonballs from?

There are some items which cannot be bought at a store but can only be made by smithing. These items are indeed also monster drops but those drops cannot supply the need of those items for all the people in Runescape. Imagine how expensive cannon balls would be if we could not smith them? Imagine what the price of a runite kite would be if we had to get them from the ten monsters in Runescape that drop them? Thanks to smithers the price of full rune is about 180k-200k. 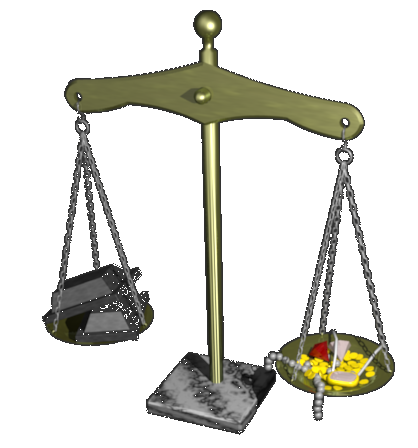 Smithing can also be the money-making skill for low level players. Even F2P can earn a decent amount of money by making steel bars. P2P can earn there money by making iron bars and selling the knives they make of it. Or making cannonballs is also a good way to earn your money. And it is not that hard at all to get the required smithing level for making steel bars or cannonballs. By doing the quest The Knight’s Sword almost every person is able to make money with smithing. And it’s true, I cannot deny that fletching gives more profit, but you do need at least 75 fletching while money making with smithing starts at level 30.

So I want to point out that you shouldn’t forget the smithers of Runescape. Remember that there is a person made your cannonballs, your knives, your rune axe and many, many other items you have. And I know that after you read all this, you won’t grab your hammer and ores and rush to the nearest furnace or anvil but maybe give smithing and especially the blast furnace a second chance.