One Year Since Alchemical Hydrix Release

The essence of finality is made by combining an alchemical hydrix with a fully-charged amulet of souls and reaper necklace. This costs about 280m gold to make before adding the ornament kit, which is another 80m. This amulet is best in slot for any combat situation, it has the specials from both the reaper necklace and the amulet of souls. The amulet has its own special ability which stores the special attack from any weapon in the game. 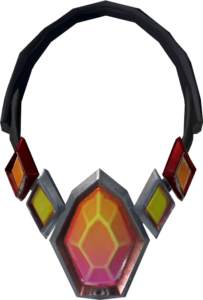 There are a lot of people with five or more amulets with different special attacks in them. I personally have six which have the following weapons in them, Eldritch Crossbow, Seren God Bow, Dark Bow, Statius’s warhammer, dragon claws and Guthix staff. This has led to some insane increases in DPS for example now you can get bakriminel bolt procs from SBG hits and you can use needle strike with ECB spec or before using a dark bow spec.

The Brooch of the Gods is made by adding 5 gold leaves and 5 elder rune bars to an Alchemical Hydrix and enchanting it. It cost about 150 million gp to make and can be bought for around that price.

The Brooch of the Gods got a lot of hate from the day of release to even now but I do not think it deserved hate. It took me a month or so to get but once I did I have not regretted it. Since I am planning on getting 120 in all skills it has been very profitable to use a Brooch of the Gods while skilling. 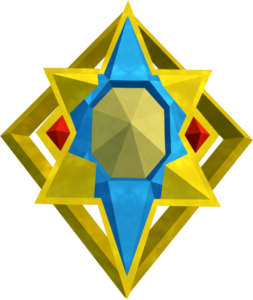 There are a few reasons people like the brooch, the first being the most useful in my opinion is that portable skill station effects are twice as likely to trigger. I have used the brooch going from 99-120 cooking and herblore. Getting extra potions and bombs while doing Herblore is really nice and depending when you sell can make Herblore profitable. The cooking using the brooch turned cooking blue blubbers or sailfish into about 1m gp a hour from the extra fish cooked. Secondly, the brooch will spawn a divine blessing. The divine blessing is kind of like the Seren spirits from the grace of the elves. The divine blessing is a yellow ball that needs to be clicked, when clicked it will give random uncommon or rare invention components. It is a skilling version of scavenging 4. Getting rare components does not happen often but when it does it could be worth a couple million gp.

The next effect is from the listed Distractions and Diversions below.

These effects are really nice, using the brooch all the way to 200m Archaeology having the x6 from the sprite is really nice and makes finding artefacts much faster. When combined with randomly finding invention components I think it is a must have for archaeology.

The last effect of this brooch is that it stores up to 1000 decorated urns of each skill. It will keep urns that have not been used yet and will automatically start a new one when the old one fills up. If you have a half filled one in the bank the brooch grabs that one from your bank before starting a new one. I used this while going for 120 fishing and it was really nice just chucking 1000 fishing urns in the brooch and not worrying about it for a while. It also saved me an inventory spot because I did not need one for an urn filling up and the urns not being filled.

I personally wanted the brooch to be buffed when it first came out, even to the point of submitting a question to RSBANDB on how it can be buffed. Jagex never buffed it and just from using it I realized its value. Is the brooch as good as the amulet? Not even close but for anyone going for 120 using a portable it is worth the money to make it or buy it.