So, it begun like any other day. I was down in the Warforge, doing my usual grinding and shamefully slow attempts at raising my archaeology skill. 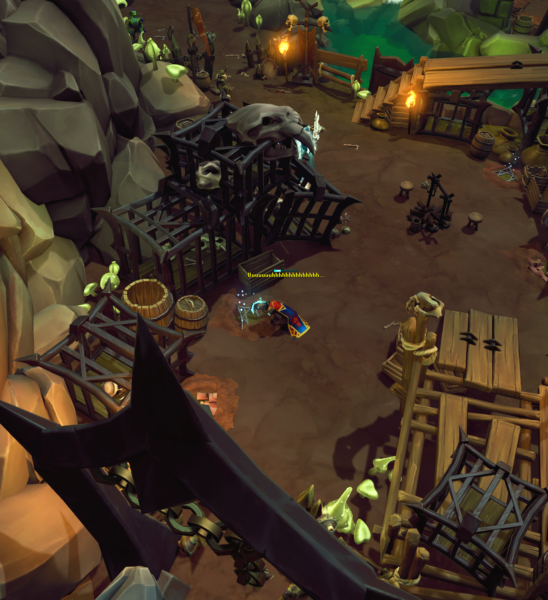 Sorry to say, but after solving all the mysteries and discovering all the lore, there wasn’t much left to the skill. Now, it was a slow and steady grind to get to level 120, which would accomplish very little in the ways of questing. It was a shame.

Then, suddenly my screen went dark. An update. I shrugged; probably another ninja update. What sorts of fixes will they do today? 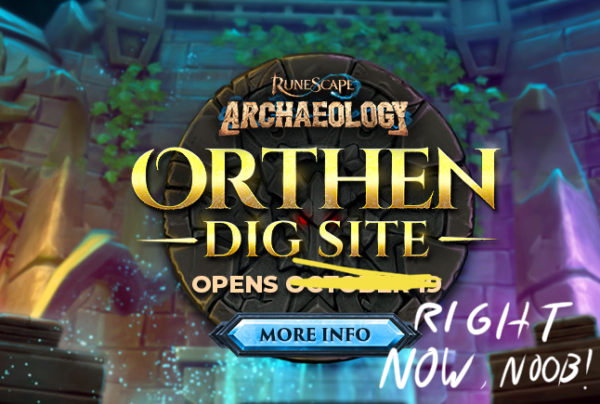 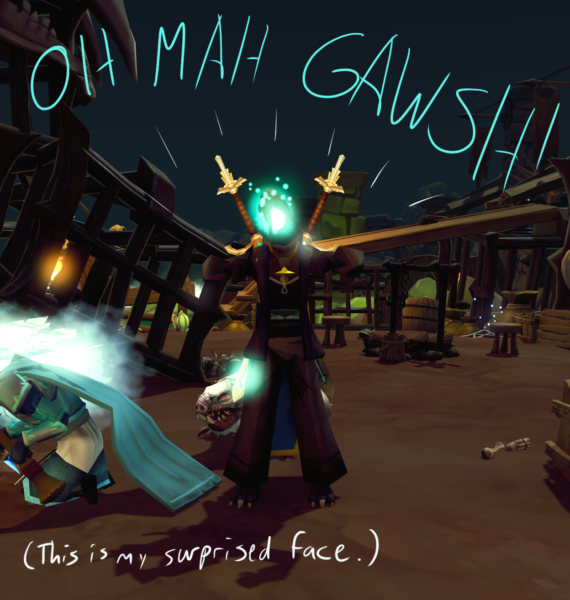 WOOHOO! New digsite! I dropped my super expensive Mattock of Time and Space onto a noob archaeologist who’s now too dead to sue, and I gunned it out of the Warforge!

I sprinted all across the entire Runescape land because teleportation TAKES TOO LONG! 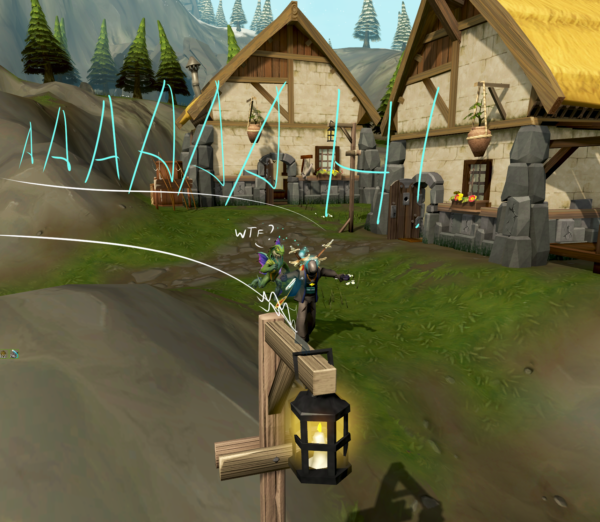 And then I got to the coastline and I SWAM for Anachronia because the boat TAKES TOO DARN LONG! 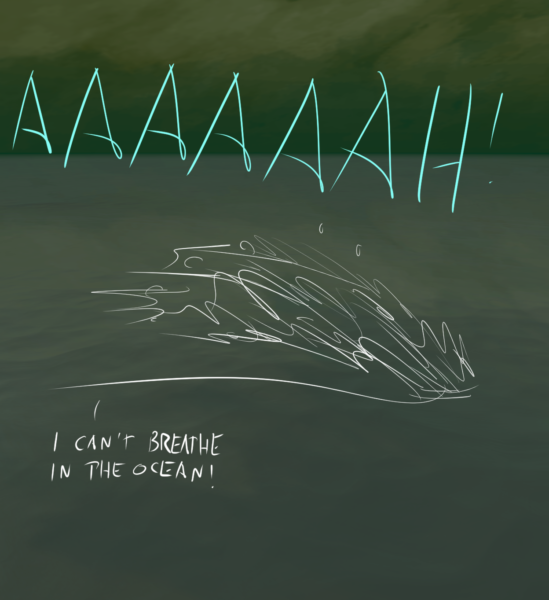 And then I got there and I got to Mr. Mordaut and he said “Welcome” and I said “SHADDUP AND LET ME HAVE ALL THE LORE!” and he was all “DAT WAE, BOY!”, and I was THERE! 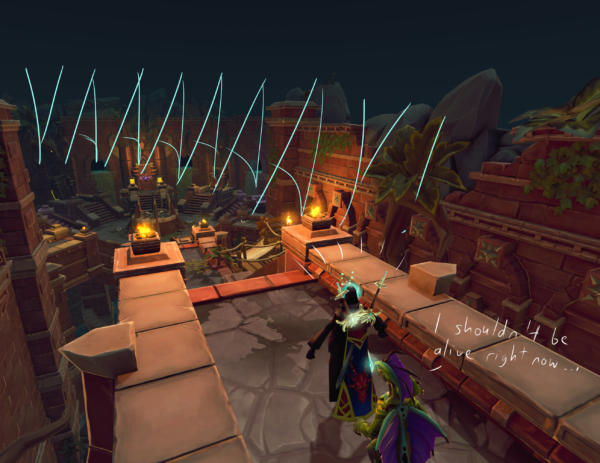 At long last! Something new and exciting! Something different to do with the skill! What immense wonder and discovery awaited?! I started work right away! 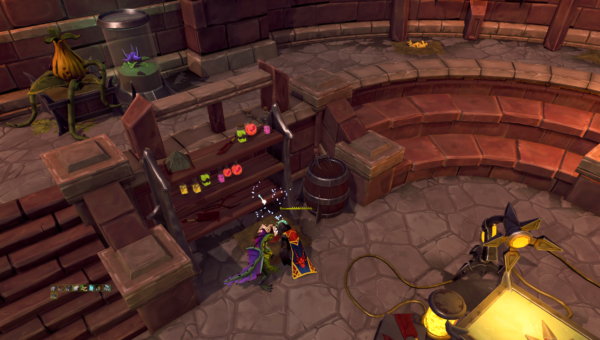 Anyways, enough about me, let’s talk about my analysis!

Orthen is not a skill-saving site that supplements the usual grind that is the Archaeology skill. All it does is add content and beautiful visualizations to the already existing skill. Basically a campaign DLC add-on to a game, except in Runescape’s case, it’s free. It is a level 90+ digsite, meaning it’s much more advanced than the Warforge, and to even dream of completing everything it has to offer, you gotta be wearing that 120-master skill-cape.

That is, unless you wanna just potion yourself up 3 levels and do everything from level 117 like a psycho. Yes, there are Archaeology potions now, and the embargo for bonus EXP has lifted, meaning you could theoretically get level 120 now without ever doing any excavating (but why oh why would you do that?). Awesome stuff, and about time too! Once you get to level 110, you need that boost to help see your way through the final stretch. You have to practically get 2x your current amount of exp on top of what you already have, and with so little extra content in between, it becomes a real chore.

That’s what Orthen’s for. It’s high-level content and extra, very hard to get extras like potion tablets and journal entries help to provide the extra incentive to aid more casual players into trying their hardest to achieve that milestone. Archaeology is an important skill for that sort of thing purely because of both how easy it is and how rewarding it is from a gameplay perspective.

Yeah. I said archaeology is one of the more rewarding skills out there, and I stand by it, and here’s why:

The Runescape Economy is immense. If you have a billion coins, you are “quite well off” at this point. Nowadays a billion coins can’t even net you Runescape’s most top-tier weapon. As a consequence, only the select few crazy-devoted players who are willing to work the system, learn the bosses, and get extraordinarily lucky will ever achieve that. It’s not something a simple, casual player can really hope to achieve unless they step up and devote their very lives to the craft.

And devoting one’s life to playing video games? Not as appealing as it once was now that I’m a proper adult. Mostly.

That’s where quests come into play. Runescape’s formula for quests differs because rarely do quests offer monetary gain for completion. You do it for two things; gains and lore. You can do each quest only once per character, with the exception of a few repeatable quests for some very good reasons, and doing them usually nets you a bumper boost in experience over cash flow. You don’t quest to get rich unless it’s to unlock something that will make you rich on its own, like the God Wars dungeons. And quests are great because you don’t really need any real skill to complete them; you just need good stats and some persistence. Perfect for a casual gamer.

Archaeology is, by my point of view, the “lore skill”. A skill that is entirely about unlocking lore and learning and discovering things. This is also the same thing that quests do; it provides lore in the way that it tells a story to the player. It entertains, flushing out the world around them and turning Runescape into more than just a bare-bones RPG. You get to know characters and personalities, learn incentives, and maybe even start rooting for something (go, Ilujanka!). It is a page in the book, and at the end of each sentence, the player wants to know what comes next. What happens next in the series, and if they can go back in time and learn the incentives, perhaps even predict it themselves for a super-satisfying payoff when they, as they say, “called it”. If you’ve ever read a book in your life, you know what I’m talking about. If not, then I strongly recommend you remedy this atrocious flaw about yourself, you crazy, psychotic noobcake.

Getting cash is hard and tedious, and not super rewarding when you know that some players have just an obscene amount of it. Lore, though, is something everybody can obtain on equal ground, and thus, it serves as a perfectly satisfying reward for training such an easy and straightforward AFKable skill like Archaeology. Here’s hoping that the good folks at Jagex don’t just stop at Orthen; I’d love to see a few more digsites in the upcoming future.

… after the construction rework, mind. That one’s been a long time coming.