As winter turns to spring and the weather begins to warm (not in Indiana this year, but maybe in your neck of the woods), I’m not sure about you but one thing I always look forward to is Easter. Of course, for me, it bears religious significance and I’ll discuss that later on, but it also is deeply rooted in childhood fun and tradition. Getting together with family, hunting for eggs, gathering around a big hunk of pork and enjoying the fellowship and camaraderie shared with friends and kin. For those of us who play RuneScape, the Easter Event seems to go hand-in-hand with these other traditions. Anthropomorphized and enlarged rabbit NPCs, searching for eggs across Gielinor, rubber chickens, and chicken suits. RuneScape has built a rich tradition over the last 17 or so years of celebrating big holidays in-game and each one has been special. Some better, some worse, but they still occupy a unique space in the history and experience of RuneScape. This year, however, that tradition ends. At least for the time being. 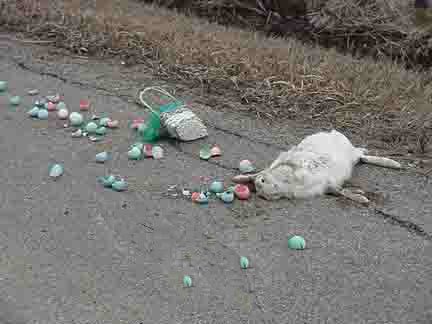 Easter has passed us by without a single mention or reference in the game we all love except for some eggs around the base of the game’s trees. This leaves me questioning a few things. For one, will this become a pattern? I would certainly hope that this isn’t the case but I also wouldn’t be shocked to see this as cyclical. In recent days it has seemed as though Jagex has begun to place less emphasis on “real-world” holidays and has instead been investing more time and energy into the summer and spring events, special events in-game that are somehow unique to RuneScape and less connected to the physical realm. 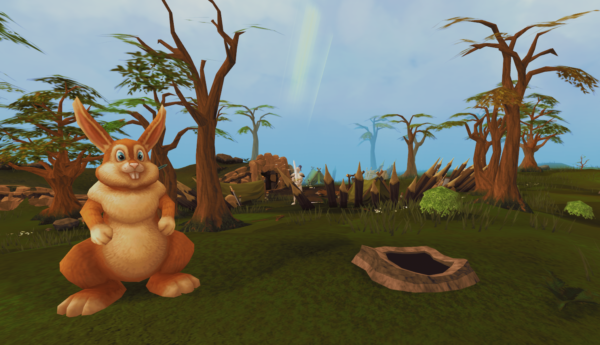 From here I wonder, is the Easter Event even necessary in this case? If the creators of the game want to try and separate RuneScape from traditional western holidays then Easter, Halloween, Christmas, they all have to go. What reasons would there be for keeping these holiday events? Many might feel as though it only breaks immersion from the game. Many might feel as though Easter and Christmas, in particular, are tied to what might be deemed as “antiquated and bigoted ideology” and thus should be tossed entirely. In the next few hundred words or so, I hope to convince those opposed to the traditional holiday events that there is true virtue behind them and that removing them entirely would be a significant loss to the community of RuneScape.

First and most controversial is the religious tradition that underlines both Easter and Christmas. Now, as many know, both of these holidays were actually contrivances of the Church by attaching to an existing pagan festival Christian significance (the birth of Jesus of Nazareth on Christmas and his ultimate crucifixion and resurrection on Easter). The dates of these events are ultimately arbitrary, but each has a centuries-long history and tradition in the western world. My point here is not that we should continue to do things because they’ve simply been done for a long time, but that it is ignorant of our history and roots to toss out certain traditions simply because some people might not agree with the foundational beliefs of Christianity.

Christmas and Easter are not holidays that are prescribed in the Bible. And if they were, I don’t really think I would be okay with a game taking something I hold so sacred and making light of it, even if it is well-intentioned. Of course, from the Christian perspective, I do believe in Jesus Christ, that he was born of a virgin, fully God and fully man, second person of the Trinity, lived a perfect life in our place, died bearing the sins of those whom he would save, and rose again as the firstfruits of those who would conquer death. Yet I understand that these holidays are ultimately more tied to a cultural tradition within Europe and America. What a waste it would be if we Americans stopped celebrating Thanksgiving because of the gradual decline of the Native Americans, or Independence Day because somehow we see many of our founding fathers as being bigoted, racist members of the patriarchy (or some other malarky). When people begin to remove Easter and Christmas from the public center, it doesn’t offend me religiously. I already know that most of these people celebrating these holidays reject my faith. I see it more as an attack on societal tradition and western culture which, in recent decades, has become the villain of almost every cultural treatise on abuse and systematic oppression. 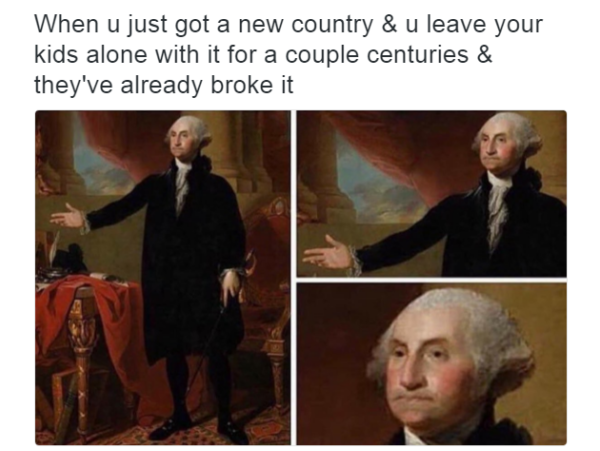 Second and more light-spirited, I think that RuneScape without the real-world holidays loses a real sense of togetherness. These are occasions which we can all at least take a moment away from the daily grind and recognize that we’re all humans living in the same world. Whether or not every player is from a region of the world that recognizes these holidays, they’re playing a game that is created and maintained in England, and it fosters a sense of unity and similarity to be able to rally around a fire and celebrate silly traditions because we can appreciate that these sorts of traditions are foundational to many of our societies.

And lastly, RuneScape should continue to hold Christmas and Easter events because it is a uniquely RuneScape tradition. The Santa Hat, the Party Hat, the Easter Egg, and all sorts of other tradable and nontradable rares and collectibles show RuneScape’s long dedication to these holidays. For nearly two decades, Jagex has made an effort to put on silly, serious, and everywhere in-between events for these two holidays and others to engage the community and create a sense of excitement. What would RunesSape be without Santa’s workshop, or even without Sliske’s Chocolate Factory? These are events that speak to the evolution of RuneScape as a game and their community. Christmas, Easter, Halloween, and the rest are not merely “real-world” holidays anymore to those of us in love with this game. They may still have manifestations within our physical lives but, within Runescape’s virtual walls, these holidays have a distinctly Gielenorian twist and history. What a loss it would be if these were tossed aside.