A Primer on Piracy (the RuneScape kind)

Tharrr she blows!! Merely one calendar year since I wrote a recap of Rum Deal with a conclusion which bemoaned the delaying (indefinitely as of that point) of the Pirate Series Finale, the con is back on! Runefest was accompanied this year by the announcement of the Seventh and final chapter in the Pirate line of quests within Gielinor, Pieces of Hate. In order to get you lovely people ready and to save you precious time from going back to read over a long recap of each and every quest in the series thus far, I’ve done the hard work for you and boiled down these tales of adventure into a relatively condensed series of recaps. Enjoy! 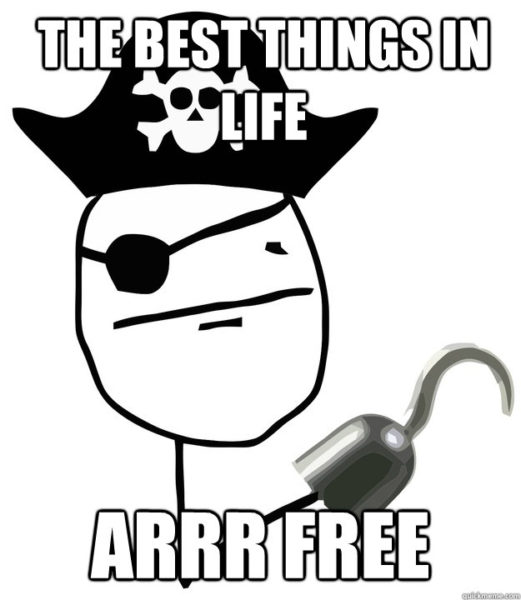 Rum Deal
First in the series, you can choose to either read my longer article expounding this quest in detail here or read the next hundred words or so. Rum Deal involves the player being bashed over the head by Pirate Pete, waking up on Braindeath Island to find a horde of protesting zombie-pirates whom Captain Braindeath wishes to get totally sloshed so he summons you to make some strong sauce using the brewery (even though you don’t technically brew rum, you distill it) on site. To fix the machinery, you also need a blessed wrench. Once you make the rum, you get the protestors drunk and learn from their leader that Rabid Jack is his boss. Quest Complete!

Cabin Fever
Cabin Fever is that one quest that takes place entirely onboard a ship so most people either never start it or finish it, no in between. Yeah, that one. You start by helping poor Bill Teach crew his ship (as his original crew has abandoned him). As you leave port, you soon come under the attack of a pirate ship which you summarily sink and then arrive at Mos Le’Harmless where Bill gives you the Book o’piracy in order to educate you on how to “speak pirate.” Quest Complete!

The Great Brain Robbery
This tale begins with discovering a sad and sickly monk by the name of Brother Tranquility who tells you of Harmony Island, a place which once was a Saradominist monk haven where the pirates had agreed to live with the monks peacefully. However, the island has recently been ransacked by Mi-Gor (one of Rabid Jack’s minions) and his horde of zombie pirates, with the only refuge being the granary where the monks have hidden after their brains had been stolen. The player will invade the now overrun monastery, recite an incantation to dispel the sleeping gas Mi-Gor is using to capture his subjects, employ the help of Dr. Fenkenstrain to re-insert the brains of the poor monks, and finally battle the monstrosity known as Barrelchest to finally free Harmony Island. Quest Complete! 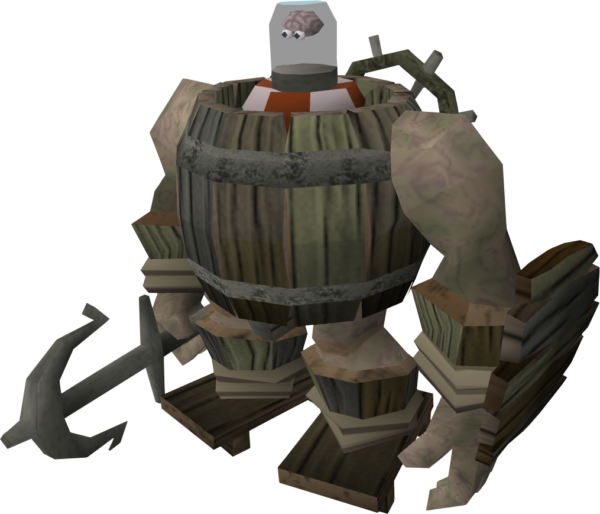 Rocking Out
Here’s the quest where we really start to learn about who the mastermind known as Rabid Jack is. We begin by trying to talk to Bill Teach who then sends us to talk to Young Ralph who is imprisoned on Rock Island. Making the journey requires the player be arrested, which strangely enough requires that the player convince the customs officer of his own crime. Once in prison, you get the attention of Young Ralph who happens to be deaf by a complex series of steps which involves the luring of a seagull and capturing it in a pump made from an accordion and then firing said seagull at the young pirate in question. Finally, Ralph will communicate with you but will only give the information you desire if you get the marks of 5 different notable captains. After retrieving these marks, Ralph begins to tell the tale of Rabid Jack, who was a powerful pirate that got power-hungry and attacked his own piratey friends at Mos Le’Harmless in an attempt to take control. Despite causing significant damage, Jack was repelled. He then mounted a campaign of preying upon merchant vessels and others which quickly drew the ire of the Customs and Excise Office. Angered by Jack’s actions removing the peace they had once enjoyed with the Customs and Excise Office, the other Eastern pirates united and sailed to meet Jack’s fleets at the Cursed Archipelago. A massive battle ensued, which ultimately resulted in Jack escaping over the side of his ship wounded, carrying a chest full of something. Although the rest of Jack’s forces were defeated, many if not all have returned from the dead as zombies, seeking revenge. Some even say that Jack has returned… Quest Complete!

A Clockwork Syringe
The latest installment in the series released over 5 years ago features many of our familiar friends from earlier quests and even begins with the player being surprised by a package in their player-owned house which contains a new-and-improved Barrelchest! After defeating the monster you are thankfully informed that the damage done to your home will be covered by insurance, and then begin interrogating a zombie head (all that remains of the monster) to find out that Rabid Jack had sent him to kill the player. We also discover that he was not alone and that more Barrelchest monsters will be storming Mos Le’Harmless at any time. After bringing this to the attention of Bill Teach, the player fetches Bill a Twiblick Night Special from Braindeath Isle which, when returned to Bill, enables him to further discover where the barrelchests are being built from the zombie head. You both then attempt to travel to this location, but are cut off by barrelchest-fire and are forced to craft a boat to make the rest of the journey to Bloodsplatter Isle alone. The poor seagull from the previous quest returns and forgives the player for his/her heinous act, agreeing to help the player destroy the barrelchests. Once destroyed by bombing the barrelchests using the seagull as a sort of bomber, items are collected from the island to fashion a barrelchest disguise. This is then used to infiltrate the factory and destroy all of the conveyor lines for constructing barrelchests! With the factory in ruins, Mi-Gor and Mechanical Murphy make their escape in zomboats but are quickly chased down and sent back to the briny deep by the player character. Quest Complete!

Well, there you have it, the five primary quests within the pirate storyline condensed and summarized. Will we finally meet Rabid Jack in the finale? Ever since we foiled his barrelchest plot, what are his plans now? We should find this out and much more soon, in Pieces of Hate.