The isolated tale told by One Piercing Note was an easy one to overlook by some. 2011 was rife with big, booming, epic quests. Just before One Piercing Note’s release in November, August and September had seen the release of Branches of Darkmeyer and Ritual of the Mahjarrat, respectively. Then following in January of 2012 was the master quest, The Firemaker’s Curse. Nestled in between these adventures of great import was a fairly self-contained novice quest that would become free-to-play content only 5 years later. However, I would make the case that this quest was possibly the best of the year, and could have been the future of all Runescape quests in another world.

One Piercing Note was heralded by the release of a Lores and Histories entry in October involving a Saradominist holy woman named Elspeth who was buried where the modern day Citharede Abbey was founded. Famous for her singing and music, the abbey founded upon her grave-site was to carry on her legacy. In so doing, this quest would become the very first to feature primarily vocal tracks as an audio medium for environmental music as well as full voice-acted dialogue. From my perspective at the time, this was Jagex finally taking up what had been done by major video game developers in the previous 5-10 years. Voice-acting had become commonplace in video game experiences and Runescape was finally joining that cutting edge by hiring professional voice actors to voice their NPC’s in quest content. Needless to say, I was thrilled at the idea.

Not only was this quest going to be audibly stimulating, it would also take place in a brand new, beautiful Saradominist abbey just east of Al Kharid and the desert strykewyrms. The building itself was impressive and beautiful, complete with a courtyard, sanctuary, and bell tower. With NXT, this feature especially lends itself to some expansive views.

The story of the quest was also intriguing as it centered around a murder that had taken place at the abbey with an unknown killer lurking about. Throughout the quest, the adventurer is tasked with gathering information from just about everyone inside and outside of the abbey to determine who might have done the deed. The player then resolves to set a trap to catch the killer. Although the bait works, the killer slips free and a chase through the abbey and up the bell tower ensues. Here it is revealed that the killer was one of the sisters that at first had seemed to have been killed. Regardless of the actions of your negotiation, the sister will fall to her death from the top of the bell tower. With the killer gone, the quest is complete. 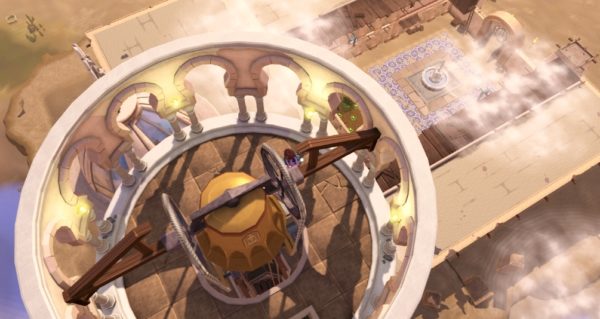 Although the actual plot of One Piercing Note might not be overwhelmingly new or exciting, the way the quest goes about telling its story is what makes it unique. The voice-acting for this quest is absolutely incredible. They even went so far as to fade the audio in and out of the sisters singing as you approached and left the sanctuary. This area is extremely immersive and it does an astounding job at actually making the adventurer feel as though they are in an abbey trying to solve a murder mystery. Additionally, there are plenty of characters who offer unique dialogue and a different perspective on the story. Throughout the quest there’s even a “Sound of Music”-esque subplot. The visuals as also stunning. Most everything in the area is able to examined or somehow interacted with, and that comes to be an important part of actually solving the quest’s mystery. One Piercing Note stands not only as a decent one-off quest, but as one of my favorite quests for all the reasons listed above.

However, things have changed over the last 5-6 years. Voice-acted quests nearly filled all the quest slots in 2012 with each new signature hero quest being fully voiced in addition to several TzHaar and other newer quest lines receiving the voice over treatment. This continued through 2013 and early 2014, resulting in possibly the best examples of successfully voiced quests in Missing, Presumed Death and Fate of the Gods. After this point, unfortunately, only The Mighty Fall would be partially voiced in June of 2014. From then on, voice acting in quests fell away and became a thing of the past. The reasons Jagex gave for this change were a lack of interest from the majority of players and, primarily, the cost of both time and money to fully voice a quest.

Since One Piercing Note’s release in 2011, Jagex has had several failed projects costing more money than they made and has also had to split their Runescape team slightly to accommodate a “new” version of the game. It’s also no secret that micro-transactions have also become a greater focus for the company since this quest was released. Now I’m not trying to draw any direct correlations here as I am not privy to the inner-workings of Jagex as a company, I am merely saying that I can understand from that perspective as well as from a game-perspective why these types of quests are no longer released. Voicing quests takes a lot of time, money, and ultimately is not even worth it if the player doesn’t know English.

Although it makes sense to me why voice over is no longer in use for quests, it doesn’t mean that I don’t still lament its passing and what it could have meant for the bigger quests. I love immersion. I want the game to suck me in. That’s part of the reason I love questing in Runescape. Not only do I love puzzles and adventuring in general, I also am a sucker for being pulled into a story and feeling as though I’m there. Voice acting in quests like One Piercing Note and Missing, Presumed Death does that for me. Voice over was what it took to really pull me through the screen and into the game. Why this isn’t the same for other players, I can’t say. Maybe one day Jagex will have the money and time to begin voicing quests again. Probably not, but a guy can hope.