It’s kinda funny, actually. Shattered Worlds isn’t really about shattered worlds. It’s more about the leak of anima from Gielinor caused by so many teleports gone sentient and threatening to overwhelm Gielinor in a similar fashion as the pests at the Void Knight Outpost. We’re just fighting them on these large chunks of land in the midst of space.

Because why the fudge not?!

Once again, the fine workers at Jagex have contributed countless hours and intense work into building something incredible. They took the most popular and widely used mechanic in Runescape, combat, and gave it a virtual playground of its own. A game… or rather, a challenge, to fight against wave after wave of enemies spawning with increased difficulty, handsomely rewarding the more devoted and somewhat luckier players for their efforts and dedication. Despite having to enter it alone, it’s a creator of stories and events for players to share and bond with one another.

I am, of course, talking about the Fight Caves. 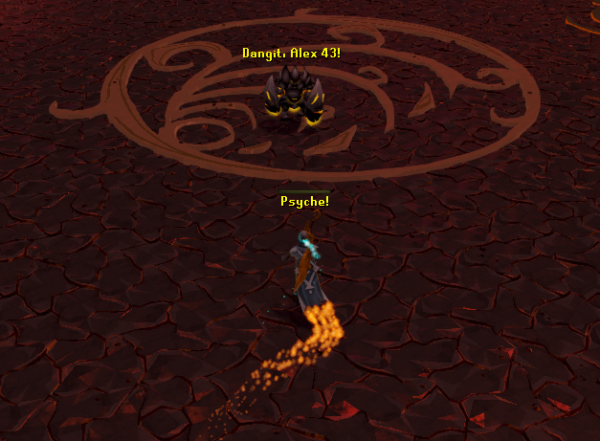 The day it came out, it was a challenge in its own. Wearing that Fire Cape was a real sign of status. Best cape in the game. At the time.

But then it got too easy. Everyone was doing it. Some people were doing it with bronze daggers, rubber chickens, and even nothing but Ring of Recoils and Vengeance spells (really?). We needed something new. Something more intense. 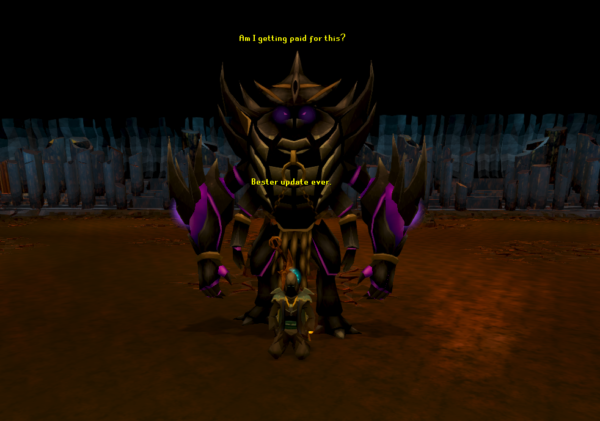 Yes, that was even harder! Ooh, I remember I was super-scared to even touch the Fight Kiln after enduring how hard the Fight Caves were.

And now… after we’ve once again desired a greater challenge after becoming adjusted to the Fight Kiln, our wishes were… granted.

They gave us… ho boy… they gave us Shattered Worlds. 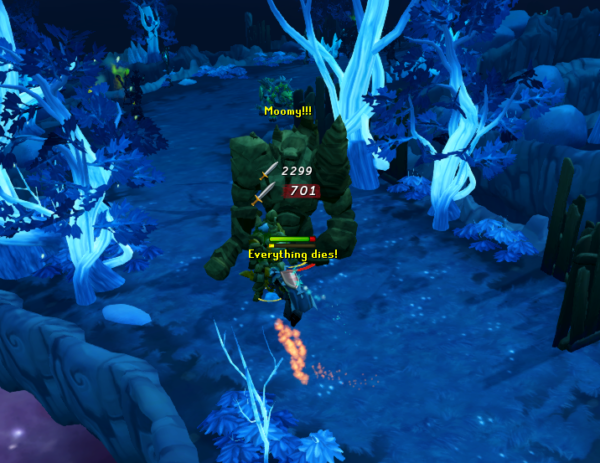 Unlimited enemies to mow down! 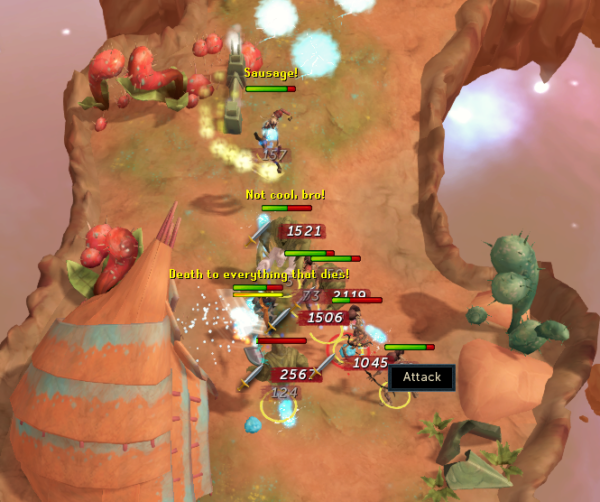 A huge variety of different beings to just blast away with everything and anything at your disposal! No holds barred! And it’s all totally justified because they don’t actually exist and all you’re really doing is fixing the world! 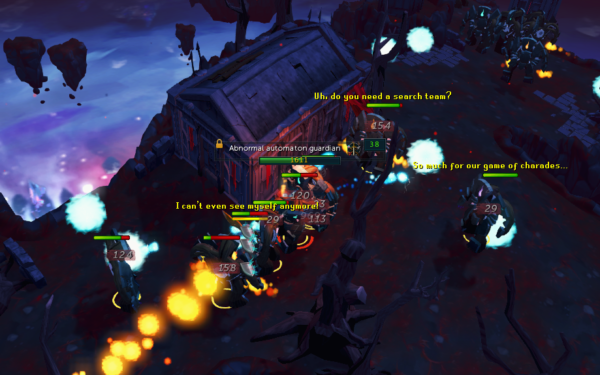 So, what do I think? It’s great fun! Reminds me of dungeoneering except without all the boring parts and the teammates yelling at me for dawdling. Basically just run through and mow down everything as fast as you can with whatever you want. They’re all weak to all your weapons. A few of them have special attacks to watch out for, but in the end, it’s a simple straightforward progressive challenge that greatly rivals the Tzhaar Fight [Subterranean Location Here].

Now yes, it’s combat. Strictly combat. Can get fairly tedious and repetitive after a while. Attack an enemy, watch them get weakened, heal yourself if you’re weakened, then they die and you win and you fight more. And that’s Runescape combat as a whole. EOC wasn’t met with quite as much enthusiasm as Jagex would’ve liked, but in my opinion, it’s the EOC that’s saved combat as a whole because of its diversity. If we didn’t have EOC, many bosses as well as Shattered Dimensions simply wouldn’t have worked out at all.

Shattered Worlds has been on the table for a while. Again, strictly combat. It needed to be an update that enticed players to really get into it, while still holding onto its roots as being a simple, easy to start mini-game. Otherwise it would end up like Stealing Creation and Soul Wars and become somewhat ghost-games after people get tired of the same routine over and over.

So, how does one make combat interesting enough to warrant making an endless wave minigame?

One idea is with additional mechanics. Additional things that the player must watch out for. Perhaps using a certain ability at a certain time to avoid death, or having to run to a certain location mid-battle. Maybe they have to collect items or even solve puzzles mid-battle. But we have that for bosses.

How about the rewards, then? Make another tier of weapons and armor you can only get through intense hours of hard work, or some insane luck? That would drive a ton of people over to play the game. Ah, but then it would be another grind-fest like the Livid Farm, and nobody likes that. Either they will do it for the sake of rewards and status, or not at all. Either way, not enjoyable. Fail.

So, how about instead of mechanics or rewards, we go with experience?

No, I’m not talking about all the gains. I mean what you actually get out of the game itself as an experience.

You all probably know this already, but I play Runescape because it’s fun. Not to get rich, or to have the best equipment, or to become popular and well-known. I’m barely even making an attempt for the Completionist Cape. I just play the game because it’s a fun game. It’s an experience for me. Each update is something new and exciting. That’s why I love quests so much.

That’s what Shattered Worlds is about. When you play it, forget about the actual combat for a moment and just take a good look around. The backgrounds. The skybox. The texture mappings. And especially the music. Such an invigorating soundtrack. First time I dived in, it hit me with this crazy high-paced mix that made me just want to charge right through. I wanted Onslaught to become an AOE attack and just eviscerate everything in my path. 30-second floor time-attacks! Of science!

Not because I’m psychotic (and, for the record, I’m not). Because it’s all a part of the experience. The environment and soundtrack makes me feel epic and unstoppable, fighting on my own against a hopeless number of enemies, trying to save the world. I mean, isn’t this exactly why we all play RPGs? To be the crazy-powerful hero that’s constantly being challenged and is driven to keep pushing harder?

The best part about this update is that Shattered Worlds stands out from the rest of those combat activities because there is no limit. People can just keep on pushing forward more and more until they even get to floors that even the JMods couldn’t pass through with all their powers. It’s pretty much the Telos of Wave-Based combat. They doubt we’ll even get past floor 200. We’re going to have to prove them wrong.

And listen to the music while you do it! Seriously! You’ve got an entire playlist of high-paced combat remixes that can fit just about any situation to make it more intense. For example, try doing Mazcab Raids with Shattered Worlds V playing. Warhead Ear-Candy.