The Future of My Favorite Cape

From the very first days I spent in Gielinor, I knew that quests were something special to me. I started with Cook’s Assistant and Imp Catcher as so many before me had, but it took some time before I laid eyes on the cape of my desire. A beautiful blue compass symbol lay upon it starkly contrasted by a pure white background. The cape was marvelous and I had to have it. As the gears continued to churn deep inside my mind, the emote for the cape began. The player rising in the air majestically with the compass rotating above them in the sky. It seemed almost angelic the way I saw that tiny, pixelated character float. I can still see it now… 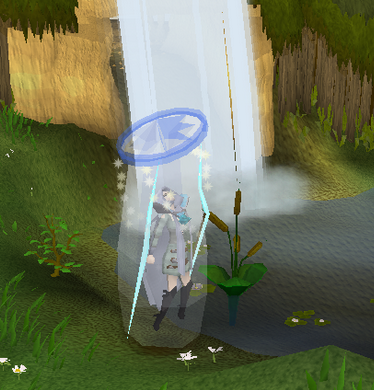 No, this article is not about this, the Quest Point Cape, although it was my first love. Nearly 10 years later, in July of 2015, rumours began to spread of a new iteration of this item. A harder to get, lore-based achievement worthy of the adventuring endgame, initially called the Quest Point Master Cape (and eventually renamed the Master Quest Cape, here referred to as MQC). The list of requirements was and still is immense. Hours of grinding, high level requirements, achievements that only the dedicated would achieve, this was the Holy Grail. I was in love all over again.

I began on the list of announced requirements almost immediately, and spent the next 7 months of free time away from college classes fulfilling every last line. Not long after the cape was actually released in early 2016, the cape was mine. And I was proud. 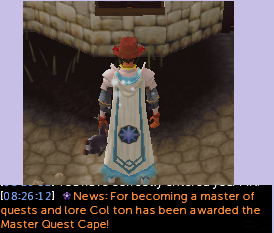 And yet today, although I’m maxed now, the MQC no longer graces my character’s back for one reason: I don’t have it anymore. The cape which I worked so hard for and wanted so badly is no longer in my possession and, although it frustrates me, the lack of it is not enough on its own to sway me from my current path. The requirement which took the cape from me ultimately was the most recent at the time of my writing this, the Nex Angel of Death lore requirements.

Yes, I had completed all previous lore requirements for the cape that involved PvM content. My reasoning for doing so was the fact that most of these requirements were easily done solo. The only challenging PvM lore to collect before Angel of Death was honestly the original Nex lore book, which required a player take part in a special item drop from the monster and I was lucky enough to have gotten the book during a mass a couple years before the MQC was even spoken of.

I have gone through my stages with PvM. Originally, I did no more than questing and my general adventuring goals necessitated. I fought lesser demons, green dragons, and the like, but that was about the extent. Once EOC released, however, I changed my tune. God Wars was now content I could do. I even took on the Kalphite King and, at my peak of interest in bossing, I killed Araxxor over 300 times in 2 weeks to assemble a weapon (after bad RNG) and sell it not long after release of the spider. This PvM overdose, however, led to me completely ditching the hobby. I flipped a switch from there and became a skiller who quested, did elite clues, and only killed monsters when required (as I had already achieved max combat and 99 Slayer). 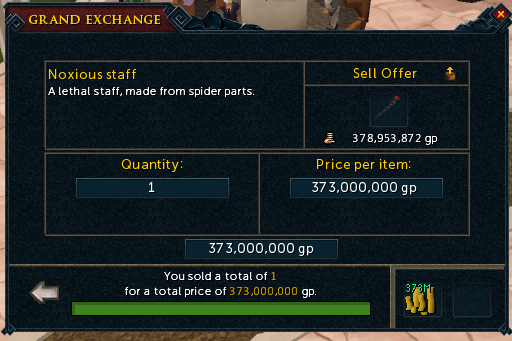 As much as this may sound like it, I’m not trying to excuse my having not played Nex Angel of Death, I’m merely offering a background as to how much experience I have had with bossing in the past. This requirement is a sort of straw that broke the camel’s back for me. The MQC is not a PvM cape. It’s a lore cape. I can excuse solo bosses because they are easy to practice and repeat at one’s volition, very much in line with the play style of a quest-oriented player. Even some group bosses are ok as long as massing is a viable method of achieving the lore required. However, even in a mass the player seeking the lore drops needs to be in the top 8 damage-dealing survivors in order to obtain the loot. This means that, at least theoretically, even many kills at a 20-man mass could never actually yield the drops for a lore-focused player who may not be completely up to date on the try-hard strategies that suffuse the top-tier of elite PvM.

Fixing this one requirement is not going to solve the issue, though. The problem goes deeper, to the fact that lore being distributed as a monster drop is a long-accepted method of transfer and is just part of the game at this point. But why? As was pointed out on the most recent RSBANDBUpdate! it’s easy. It allows content developers to just toss the lore they wrote for a piece of content into a drop table and allow the player to seek it out. I don’t think things should or have to be this way, however. Lore deserves more than just to be relegated to a drop table, and although it may require a slight bit more development, I think there are better ways of going about distributing it.

One method common to many lore books is quite easy to guess; you find the book on a bookshelf or somewhere in the environment. Lore can also be obtained through talking with an NPC or getting a lore tome by doing the same. Might this be boring? Yes. Might it also be boring to kill 1000 ripper demons for 4 lore books that are seemingly inconsequential to the larger story narrative? Exceedingly so. What sense of achievement is these in simply adding something that takes a long time, even if it requires no actual skill? I would argue very little, and would argue further that a challenge that actually does require some skill in the completion of it to require lore is more fulfilling. Yes, I hear you yelling, “but Colton, high level PvM like Nex Angel of Death IS a task which requires skill!” To which I reply that this type of skill is one that is very different from that traditionally associated with the questing player archetype. In place of fast-paced tests of reflexes and combative skill, the quester is adept at puzzles, riddles, and logical deduction exercises. This is the kind of skill that should be tested when placing a requirement behind the obtaining of a piece of lore. 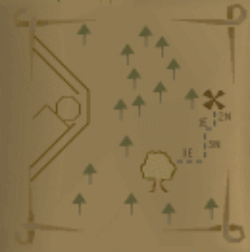 There are many types of puzzles and riddles already in the game, especially utilized in the clue scroll system. One of my first requests would be to send the player on a mini-clue scroll of sorts that would be unique to that content in order to obtain a scroll or book containing the desired information. If instead of killing the newest iteration of Nex, the player instead could encounter a scrap of paper around the bossing area that contained a clue about the history and background of this creature. Drawing on the player’s knowledge of Nex’s background, the player would be guided to search Freneskae for another memory crystal. After hunting down the crystal, it must be removed by putting together an item from the environment, or perhaps solving a complex sliding puzzle. Whatever the mechanism, the player should be tested at their ability to glean clues from their environment and from prior knowledge obtained during quests.

Placing these pieces of lore behind a different sort of wall creates a whole new perception that the player will take on lore in general. In this system, lore doesn’t play second-fiddle to high-value PvM drops. It is given a special, more hidden attention. Less people will have it outright because they were just killing a monster and got “some dumb book” and this perceived rarity will actually encourage adventurous types to seek out this content, not just grind a mob so they can file the tome onto a bookshelf in their POH, never even opening it to learn the tales that may lie within.

Will any of this actually happen? I highly doubt it. But I do hope that Jagex will realize before it’s too late that PvM as a mechanism of locking away lore is not going to encourage questers to become bossers or bossers to become interested in lore. All it does is discourage questers and continue to engender a feeling of apathy by the bossing community at what the lore of the game actually means. Save the lore.