Pirates! A Look Back at Rum Deal

Runescape humor is by no means limited to a single form or fashion, and the pirate quest series speaks to that perfectly. When I tackled the first in the penguin series just over a year ago, I pointed out that the penguin humor is largely founded on dry real-world observations. Spoofing the USSR is the basis of the entire series, not necessarily the most light-hearted regime in recent history! Pirates, however, find their identity in pure levity and silliness. A series that I often feel is overlooked and treated as “space-bar” quests, my goal here is to make it clear that the pirate questline truly does have value when one takes an interest in it. In fact, it might just become a favorite of some. The true first in this series takes us back to October of 2005, nearly 11 years ago, in Rum Deal. 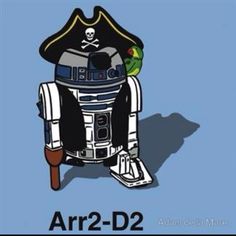 As one might infer from the title, this entire quest is based around the process of making “rum”. Braindeath Island has been overrun by protesting zombie pirates, and we need to get in there to get the “rum” production back in business! However, the quest doesn’t begin with the character knowing this. To begin, the player speaks to Pirate Pete just north of Port Phasmatys and he unpacks a rather fantastical tale of misfortune that the character can choose to believe or not, but it means nothing in the end as Pirate Pete will distract the player and swiftly bat him/her over the head with a bottle. Once the stars fade from the player’s eyes, we’ve arrived on Braindeath Island! Finding ourselves in our present predicament, our goal from Captain Braindeath is to get the leader of the zombie protesters, Captain Donnie, rip-roarin’ drunk in the hopes that this will end the “chantin’”, “singin’”, and “passive resistance.”

The first ingredient for this “rum” is Blindweed, which the player is tasked with growing and protecting from the protesters. To prevent the protesters from ruining the crop and being forced to start over, the character chooses to intimidate the swabs, using such assumedly harsh language that this covers the screen: “”We interrupt this insult to bring you this soothing picture of a kitten. Normal service will be resumed shortly. Thank you for your patience.” Classic Jagex.

After the Blindweed comes stagnant water, which is retrieved by outsmarting (rather easily) a man named like who is composed of half flesh and half witchwood. Next is the sluglings, and after these are retrieved, the brewing machine begins to go completely haywire. Captain Braindeath tells you that the only way to fix this is with a priest’s blessing, and so he hands the character a wrench to get it done! Here we find Davey, a pirate who once did “a bit of the old priestin’ on the side.” A few words of enchantment and ba-boom, Holy Wrench! Frankly, this is one of my favorite rewards from early quests in terms of overall usefulness for developing players. I’ll never complain about a decreased prayer drain!

Whack the brewing machine with you newly acquired holy implement and out pops a spirit which had been possessing it! Kill the spirit, grab a dead spider, mix it all together in the machine and out comes…. Rum? Only briefly questioning the potable nature of the liquid, the player takes the swill to Captain Donnie who reveals that his boss is none other than Rabid Jack! It will take a quest or two to get a better idea as to who this guy really is, but this introduction is only just foreshadowing of stories yet untold.

Throughout this quest, a number of pop culture pieces are references almost directly. Monty Python’s Flying Circus is referenced in a line of dialogue with one of the brewers who says “my hovercraft is full of eels.” Life of Brian, another Monty Python piece, is directly referenced as well during Davey’s enchantment of the not-yet-holy wrench saying “Romanes eunt domus,” which actually means “Romans, go home.” What this has to do with enchanting a wrench is beyond me, but still.

The Exorcist is also alluded to multiple times with the lines “do you need a young priest or an old priest?” and “The power of Guthix compels you!” 50% Luke’s dialogue also pays homage to Goldfinger, a classic Connery James Bond film with the exchange, “You expect me to talk?” “No Mr. Luke, I expect you to die.”

This quest, much like Cold War for the penguin series, is only the tip of the iceberg for what is a truly fun and ebullient storyline. However, this poor line of adventures has gotten the Prifddinas “soon” treatment for far too long. The last installment of this quest was in March of 2011, over 5 years ago. A few years ago, Jagex let the players decide which of the dwarf, pirate, or gnome quest lines would receive their next quest first, and the players chose dwarf. Since then, only whispers of continuing either of the other series’ have generated any sort of excitement about furthering and/or finishing their stories. When will we finally meet Rabid Jack? When will the pirates get some much-needed love? I wish I knew, but all we can do for now is enjoy the quests we have for now and hope.