1993 was a good year. We said goodbye to Screech and the gang of Saved by the Bell as they graduated high school, and hello to Mulder and Scully as the X-Files premiered . The cult classic Dazed and Confused had just came out while Jurassic Park was smashing box office records. I had just been given my first PC for school but of course it did have a few games on it. I thought the games were far inferior to the Sega Genesis I had sitting in my room, at least that’s what I thought until a little company called id Software revolutionized what PC gaming could be. id released Doom that year and PC gaming would never be the same. Doom pushed the envelope of tech, conventional wisdom and decency. It may not have been the very first first person shooter (FPS), however it did put the genre on the map to the extent that for years to come FPS games would collectively be known as Doom clones. It’s where jargon like fragged, jibs, and death match originated. The impact Doom had on the gaming world really can’t be over stated, but why am I bringing it up now? Well as it turns out a new Doom game was released on May 13 of this year and while its not perfect, it didn’t disappoint. This month I want to take you through a brief history of Doom and see if the new Doom lives up to its storied legacy.

id Software put itself on the map in 1991 with Wolfenstein 3d. This was the first FPS and it was a huge success based in no small part on its business model of allowing people to download a shareware version of the game for free. You only got the first few levels but it was enough to get people to try it and then buy the full version. At this time id was a very small company consisting of about four people, however what they lacked in size they more than made up for with genius. John Carmack, the lead programmer, sequestered himself and began work on a new game engine. This time it would truly be 3d allowing for textures and multi-levels, something that hadn’t existed at the time. When he finished the engine it was time to come up with a concept. They originally wanted to do an aliens game and even went so far as to begin negotiations with 20th Century Fox for the license when they decided creative freedom was much more important than a licensed product. After a session of D and D where the guys unwittingly unleashed demons on the world they thought this would be a great concept. The new game would be sci-fi and demonic based. The concept would be heavily influenced by movies like Aliens and Evil Dead. The name would come from a movie as well. In The Color of Money, Tom Cruise has a custom pool cue in a case and when asked what was in the case he smiles and says “Doom”. The soundtrack would be derived from heavy metal 8 bit style. The game was released in 1993 and took the country and the world by storm. It was so popular that it is still known as the most downloaded game in history. 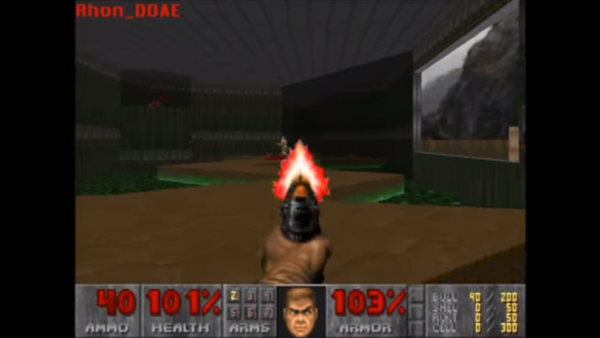 id followed up their success in 1994 with Doom II. It was essentially the same game as before only taking place back on earth. Doom II did bring us some of the most iconic weapons to ever appear in a FPS and of course I’m talking about the super shotgun. After Doom II, id would switch gears and begin work on their next ground breaking FPS, Quake. There would be a couple more iterations of Doom with The Ultimate Doom and Final Doom but really they were just more of the same. Doom III wouldn’t be released until 2004, a full decade after Doom II. Doom III had nice graphics for the time and allowed id to better realize the demented art style they put in the original. It was a departure from the original in one way though – it featured more of a narrative and story. The first and second Doom had almost no story and John Carmack famously said when asked about the lack of story that, “Story in games is like story in a porn movie, its expected to be there but its not really important”. This showed that id was able to change with the times while retaining what made them special. Story was becoming much more important in the early 2000’s. The question now would be, would they be able to stay true to what made Doom popular all those years ago while adapting to the current times with their 2016 released simply titled Doom? 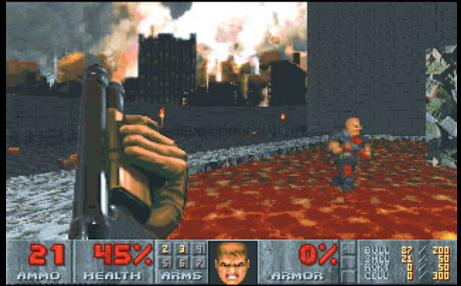 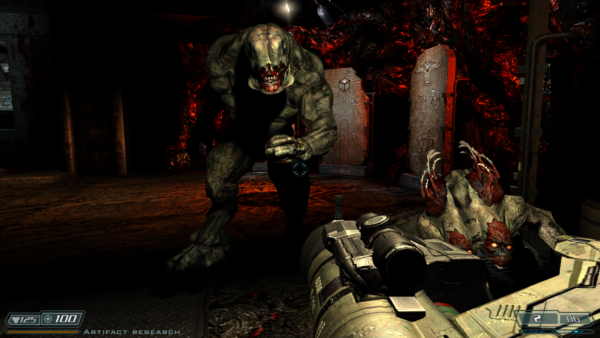 The new Doom is a reboot done right. Everything you would expect to be in a Doom game is there. Its fast paced, gory and totally metal. It pays no homage to contemporary FPS games, rather it draws from the run and gun style that made it a legend. Taking out hoards of demons with a BFG or super shotgun is just plain fun. One new feature that is particularly gruesome is glory kills. These are melee kills with a special animation that is truly over the top but they serve a practicle purpose of providing health and ammo. Most of the time you will find yourself in a large arena style room where the doors will lock on you and enemies will spawn. You have to kill them all before the doors will unlock. This can get a bit repetitive, however there is a great deal of secrets to find and some ridiculous platforming to break up the endless slaughter. The weapons are classic and over the top. There is an upgrade system as well for your suit and weapons that feels a little unnecessary for Doom but I think it was an attempt to modernize the game on the edges. The soundtrack is once again pure metal and, while not as recognizable as the first Doom soundtrack, is still pretty good. With all this going for it is there anything that isn’t great about the game? 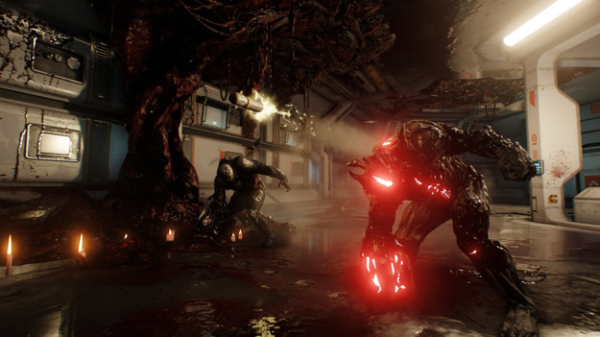 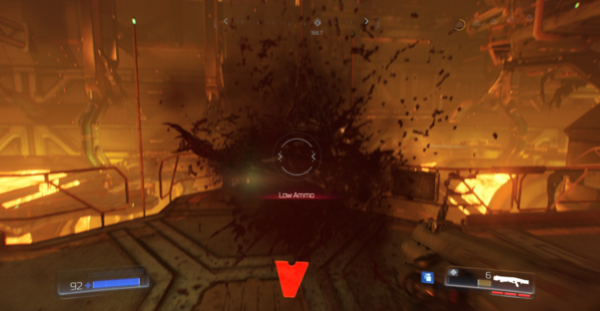 The new Doom does have one glaring weakness. The multi-player is adequate but not exciting. In many ways the new Doom is a tale of two game modes with the single player being awesome and the multi-player being a bit of the black sheep. Its arena style is fine but once players learn a map they know where the power ups are and have an advantage over new players. On top of that you can only have two load outs and while they can be leveled up, this to gives an advantage to veteran players. One power up will turn you into a totally OP demon and while its fun if you get it to one-hit people as fast as you can, the other team has no choice but to just run away. The multi-player is definitely the weak link but like I said its adequate, just not special in any way. 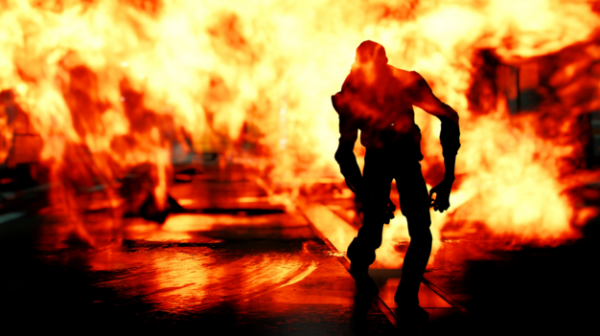 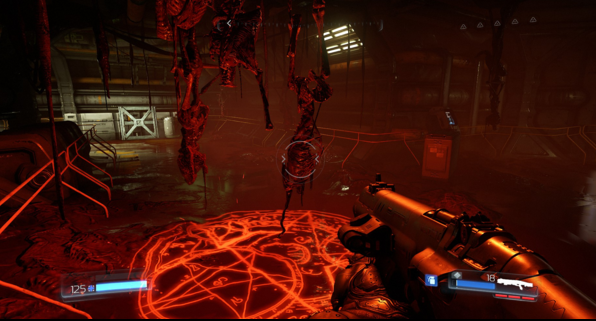 Another very cool feature in the new Doom is called snap map. This allows you to make your own maps and they can be multi-player, co-op or solo, whatever you like. The maps are also community curated and voted on so if you just want a change of pace you can try some of these. There are many cool remakes of the maps from the original Doom and much more. I think the snap map was a way to throw a bone to people that wanted modability in the game. At this point I haven’t seen much in the way of modability which had done so much for the longevity of the original game. That being said, snap map is cool when you’re feeling creative or just want a change of pace. 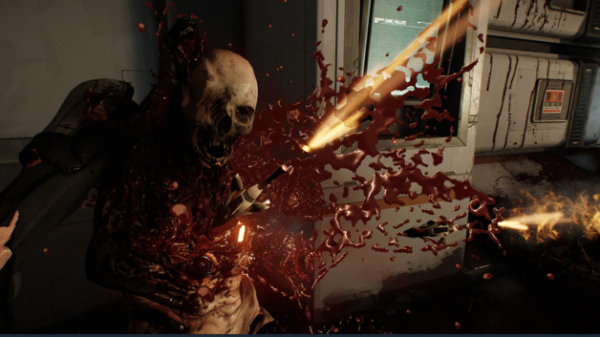 Overall Doom 2016 is a great game. Its everything you loved and not much else. This is how you are supposed to do a reboot but don’t just take my word for it, it has a very positive rating on Steam which means 90% of its 20,000 reviews have been positive. If you ask me if it lived up to Dooms legacy I would say yes; however, if you asked me is it as revolutionary as the original I’d say of course not. The original Doom came out at a very specific time. It was a pioneer of FPS games. It was ground breaking in its tech and showing people that the PC was a legitimate gaming platform. The new Doom doesn’t do any of those things. What it does it does well and in fairness I don’t see how any game could do what the original Doom did. Click if you are interested in the history of Doom, its franchise, and id Software. Here are some forum links if you would like to stay up to date with the community: Doom 16 General Discussion and Doom on Steam. With that I will bid you farewell until next month, now go out and kill some demons with a chainsaw! Until next time, Happy Runescaping.