Mahjarrat Lore, Part II: An History Through the Zamorakian Betrayal

I left you last time we visited this subject, dear reader, at the very beginning of the Mahjarrat’s alliance with Zaros in the Zarosian Empire. From here, things only get juicier for our gem-encrusted Freneskaean (Freneskellian? Freneskitite?) friends! Sliske, as mentioned previously, instigated the revolt of his kind which happened to occur at a point in the long-fought war wherein the Kharidian army was on its heels, being hard-pressed into the region we now know as the Kharidian Desert by the Zarosian army. When Tumeken, father of Icthlarin and Amascut, saw the destruction that was being wrought, he sacrificed himself. In a fiery explosion that even Michael Bay would blush at, Tumeken destroyed himself, his army, and most of the Zarosians with his blast. Only around 100 of the original Mahjarrat emerged from this destruction unscathed, and the land surrounding the blast was forever made barren. It is likely that all Mahjarrat on Gielinor would have been killed had Azzanadra not had the quickness of mind to construct a magical shield to protect as many as he could. This caused the Zarosian army to retreat, no longer having much of a reason to invade what was now a desert, and form a complex societal structure. 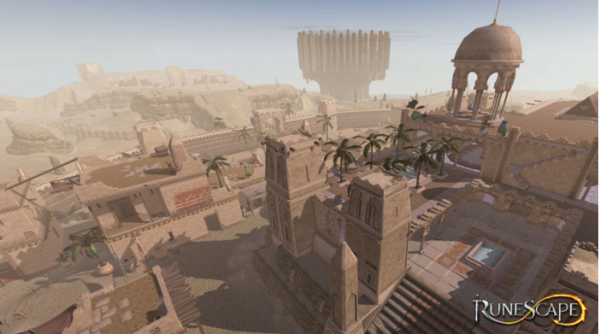 As we looked at before, there were three really instrumental Mahjarrat at the head of Zaros’ forces: Zamorak, Azzanadra, and Sliske. Zamorak was Legatus Maximus, or the battle general. Zamorak prior to the Mahjarrat betrayal of the Kharidians was revered for his ferocity and power in battle. He even came to be called “The Scourge” for his supreme prowess, leading to his eventual position. Azzanadra (hereafter affectionately referred to as “Azzy”) was placed as the Pontifex Maximus being the head of the Zarosian church, and the secret police leader, or “Praefectus Praetorio,” was manned by the infamous Sliske. Not long after their assimilation, Azzanadra was able to convince Zaros of the need to build a sister Ritual Marker to the one on Freneskae in order to continue their rejuvenation rituals. This is the same Ritual Marker we encounter in quests like Ritual of the Mahjarrat.

Through much of this time, Sliske was able to operate in his role with practically limitless power and no checks on him given that none dared question his authority. One of most popular side activities for “fun” was to take lowly humans from the streets and dress them in masks that he had made to move them about. These “actors” would then be put on display for the high society of the Zarosian empire. The masks dictated every move made by the “actors” and most plays ended with the climax being the actors being forced to kill one another. These plays went on until Sliske became bored, and thus he moved on. 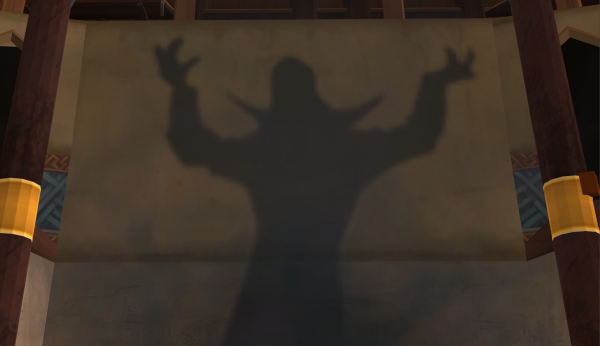 However, not all was sugar plums and lollipops for the Mahjarrat in the new empire. As the Zarosian lands grew to what would be their height toward the end of the Second Age, battle was becoming more scarce. Some of the Mahjarrat felt as though they were growing soft under Zaros’ command, and additionally Zaros had become even more reclusive, rarely making himself available to those who desired an audience. Convinced that something must be done, a group of dissenting Mahjarrat with Zamorak at the forefront began to plot the eventual betrayal.

Given command of all the races Zaros commanded, Zamorak was only involved in the most high-level of cases that necessitated his attention. One such mission was one that took Zamorak, Perjour, Char, and a few others to a remote Barbarian settlement. Perjour was a scholar for Zaros that was connected magically via his journal which would copy everything that Perjour saw, did, or heard and would transfer that information into the mind of Zaros. Prior to the mission, Zamorak had already altered the spell on Perjour’s journal so that he could have a duplicate copy of Perjour’s thoughts for himself, essentially being given all the information that was being fed straight to the Empty Lord. During this fateful mission, Zamorak then altered the spell once more to manipulate what exactly was being shown to Zaros, now making it possible for Zamorak to plan his betrayal without Zaros noticing.

One by one, Zamorak began to either kill or hinder the other Zarosian generals in order to prevent them from stopping his coup. One such case was Char, whom Zamorak stabbed with a poisoned blade during a battle with a group of elves, which prevented her from being able to make it to Zaros quickly enough to stop Zamorak’s plot, yet forced her to live with the knowledge of his near demise.

Near this time, the Staff of Armadyl had been found by a Saradominist, but on his way to Entrana Rennard, a thief, stole the staff. Rennard then hoped to sell this great weapon to Zaros, though he knew not its true worth, and discussed the possibility of a trade with Kharrim, a messenger whose true loyalty was with Zamorak. Zamorak and Kharrim then proceeded to buy the Staff from Rennard, giving Zamorak one of the elder artifacts he needed to ascend. Soon after, a Saradominist spy told the wizard Dhalak of Zamorak’s possession of the Staff of Armadyl. Hoping that Zamorak’s plot would lead only to the world being rid of Zaros, Dhalak enchanted the staff so as to make it impossible for Zaros to sense it. Somehow around these events, Zamorak also gained possession of the Stone of Jas via unknown methods. The Stone and Staff combined were enough for Zamorak to ascend, and give him power enough to finally begin the assault. 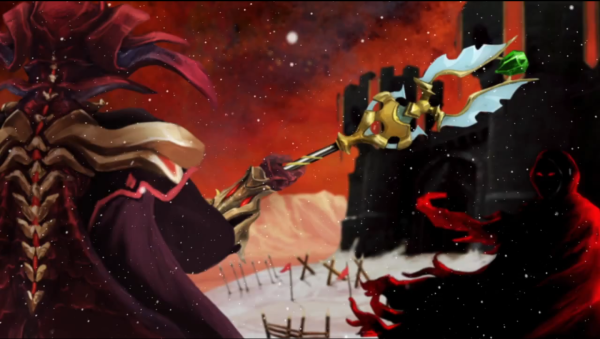 Zamorak alongside the likes of Lord Drakan, two dragon riders, Viggora, and other Mahjarrat including Zemouregal, Enakhra, and Hazeel, then attacked the Zarosian fortress at Senntisten. While Zamorak’s allies occupied all the Zarosian forces surrounding the throne room, Zamorak and Zaros locked in single combat. Zamorak stabbed Zaros in the back, but Zaros was only slightly injured and continued to fight, coming very close to victory as he ended up grabbing Zamorak’s throat to CHOKE HIM OUT!!!! However, as Zamorak was struggling, somehow the two managed to both be stabbed by the Staff on opposite ends, creating a link or siphon. This fed Zamorak even more power directly from Zaros, and as Zaros weakened, he fled his body to avoid death and left the Gielinorian plane. As he fled, he placed a curse that plunged all the humans that played a part in the plot to betray him into the Shadow Realm (others weren’t impacted because of magical stuff).

Zamorak, battered, declared himself a god and claimed Zaros to be dead. He quickly collapsed from his wounds, and in order to save him, Thammaron and other demons took Zamorak to Infernus. Azzanadra and Nex soon gathered a resistance force and took back Senntisten for their own, and the other gods remaining on Gielinor “banished” Zamorak for his supposed deicide.

Zaros is gone. Zamorak, now a god, has fled to Infernus. Azzanadra and other Zarosians are trying to glue back together the broken pieces of a once glorious empire. What happens next? Tune in next time to find out!