To those out there that have not yet completed Nomad’s Elegy and do not want any of the plot spoiled for this quest, please go and do the quest now! Of course, you may promptly come back and read this after at your leisure.

With spoiler warnings out of the way, let’s get to the meat of this quest. Nomad’s Elegy is the first of 4 installments we will be getting throughout this year leading up to a culmination of Sliske’s Countdown. This series promises to have lasting lore impacts and this opening quest is no exception, so let’s briefly run down how the quest occurs. 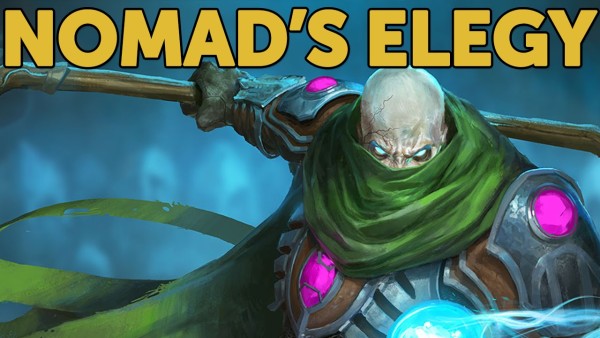 The quest begins with us investigating the Soul Obelisk to eventually find out via Death and Icthlarin that Nomad has taken Icthlarin’s fortress in the Underworld and is once again seeking out power. We then go to the afterlife realms for Zanik, who either was killed at the end of The Mighty Fall or died shortly thereafter, and three other more human adventurers. Hazelmere, Jessika or Korasi, and Xenia are gathered and our deceased spouse/paramour has their soul killed (I guess?) right in front of our eyes. RIP. We then interrogate some crystalline fellow named Legio Septimus from the True Order of Ascension in order to gain intel regarding Nomad’s hideout and how one might go about defeating him. A battering ram is then built to cross the River Noumenon, and after fighting off some Ascenion creatures, we reach Nomad’s hideout.

Here we discover that Nomad has been channeling all the souls of Gielinor into a construct of his own making, which he calls Gielinor (very creative) and claims that it has reached godhood. This god’s purpose is to fight on the behalf of those who are against the gods. The player, however, cannot sit idly by and allow Nomad to abuse souls in this way and bring about destruction. The fighting ensues, with the player finally emerging victorious once again. As the cmoke clears, either Death or Icthlarin has put the final nail in Gielinor’s coffin, and we have the option to either kill Nomad or let him off easy. This decision, however, is somewhat trivial as just after this we find that Sliske has been around the whole time, watching. He nabs up Nomad, awards you a point for killing Nomad, Death/Icthlarin a kill point, and himself a win point as well because… It’s his scoreboard and he’ll do what he wants! The player then has an opportunity to say goodbye one last time to the departed adventurers. Quest Complete.

So where do we do we go from here and what do these decisions mean in the frame of this quest line? First, let’s pay a brief tribute for our fallen companions: Brand/Astrid and Zimberfizz. Our beloved’s soul is no more (presumably) and our lovably Cockney imp never deserved to die! May he rest in pieces… 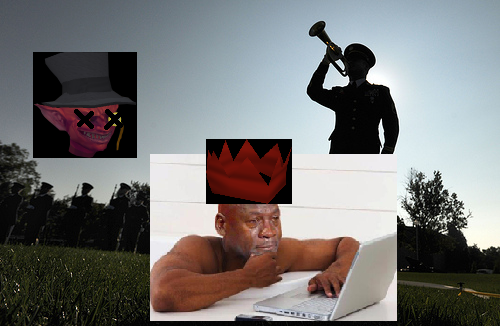 Our first major event from this quest was arguably the killing of Gielinor. In this moment, the player has the choice either to let Death finish off the god, or Ichthlarin. Faced with this choice, I chose to let good old Harold do the dirty deed (done dirt cheap) because I have always identified with him on a human level given he is essentially an immortal man, and I felt his being a former Guardian of Guthix puts him in a good spot to fight for balance in the race for the Stone. A case could be made for Icthlarin as well, as even despite his god status he seems to hold similar ideals as a Guthixian might, and it was his crib after all. However, despite this choice, I seriously doubt it will come to much fruition in the end. My personal crack theory is that the scoreboard doesn’t matter. Something will occur to prevent Sliske’s game from coming to a perfect close, mark my words. However, even if I am wrong, Sliske seems to be getting a point with each move that occurs, even if he really has nothing to do with any of it. What’s stopping him from being the winner in the end? He won’t let another god beat him, surely, without some trap he plans to spring on the unsuspecting “victor.”

This same theory applies to our next event that may come to impact further quests: the player’s defeat of Nomad. From this we find that the player has now joined the fray of those with points on Sliske’s board, but as I said before, it’s highly unlikely that the scoreboard will really have much meaning in the end if somehow anyone finds a way to take Sliske’s lead. Even without that theory, the player has 1 measly point and 3 more quests only during which he or she would have to do some serious deicide. Does our presence on the scoreboard matter? Maybe it does in the fact that it ensures we will be invited to the ending “presentation ceremony” and may in fact be able to foil whatever Sliske’s plans might be. Outside of this, however, it seems to just be another cosmetic change.

The one change that I do feel will come about to make a difference, regardless of how small, is the choice we are given at the very end to kill Nomad or to let him live. No matter which is chosen, Sliske spirits off Nomad regardless of being dead or alive. Knowing Sliske as the creator of the Barrows Brothers and lover of puppets, I’d wager this won’t be the last we see of Nomad, be he (un)dead or alive. Our next quest in this series has been tentatively titled “Ballad of the Barrows Brothers,” and if something doesn’t become of Nomad here, I personally will eat my own in-game trilby. Will we fight Nomad for the third time? Will the decision to kill him or let him live make him stronger or weaker? Or will he merely fade into nothingness without a word to be spoken of him from now on? In a few months time, I believe we’ll find out.

So there we have it. The end has begun. Overall, I’m not sure much of this quest will truly impact the end result of this “game,” but I do think it gave us a glimpse of what may come. Sliske has his hands EVERYWHERE. It seems unlikely that we can overtake him in his own scoring methods. If Sliske’s endgame truly does come, it seems that the only way to take it from him will be by cheating. Is it in the World Guardian’s capacity to break these rules and do what needs to be done, or will it fall to the likes of Zaros and Seren to unite and bring down our Mahjarrat Joker? My opinion is only as good as yours. Make your choices wisely! 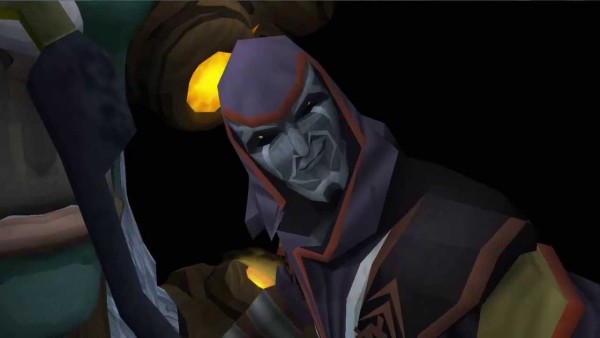