Jagex recently updated the minigame Fist of Guthix to relatively lukewarm reviews. After the update some people said they were better off just leaving it alone and letting old and failing content die off. While I could write an entire article on how they went about fixing it entirely wrong (nevermind the fact that the minigame is a terrible concept and boring to play – it’s the rewards that sucked, right?), no, I am here to argue the fact that Jagex is indeed doing the right thing (even if it is going about it incorrectly) by updating this older and surpassed content rather than simply pumping out new stuff. I and other Informers have written about the great ninja team in the past, and yet again I am writing about how essential they are to this game that’s 15 years old. We have a decade and a half’s worth of content needing to be polished, and here I’m giving 5 reasons why their role is needed more than ever before.

1. To keep the game graphically in sync

If you have ever gone back and looked at past content like a quest and noticed how glaringly terrible it looks when compared to the rest of the game? Out of date character and monster skins, ugly and low resolution items, bland and even broken scenery environments that don’t respond correctly to the new lighting effects – all of those things exist in past quests. If you were a new player going through some of these earlier quests you would be put off by the lack of retrograding that RS has within it. If you have moments like this it really breaks the immersion of the game. We want Gielinor to be a complete and flowing world, but the feeling is disrupted if you have to fight the Black Knight Titan or visiting Ruantun in the Draynor sewer. It’s super important to keep revisiting older content and ensuring that if a new player started today, that they would have a solid experience from leaving the beautiful Ashdale to getting dumped somewhere in dumpy East Ardy. Chances are their opinion of the game would fall dramatically. 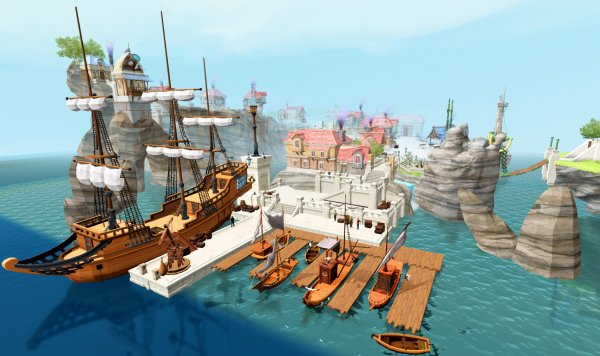 Imagine you’re a new player. You start out in the visually appealing Ashdale. 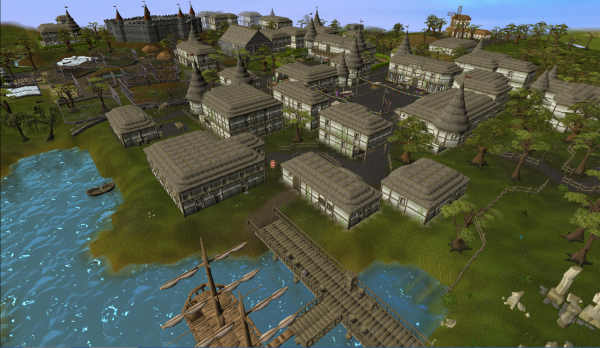 You’re so impressed you buy membership right away. A friend asks you to come to Ardy. You get there to now find graphics like this. What a let down!

2. To Maintain quality over quantity

The collection of content in Runescape is massive. The over 200 quests alone would make for a daunting amount of game hours to complete. I know there are those who can speed through them all in a month’s time, but for the rest of us, it’s a pretty hefty amount of content that would keep us busy for a good long while. Pile on top of that the training you need to complete the quests, you have 100s of hours before you “beat” this game. As someone who has been around for a decade I appreciate the options I have to do in this game, but when I have no desire to do 90% of the content that I have access to, there’s a problem.

This is particularly true when it comes to minigames. Like I said, I appreciate the fact that they are going back and trying to modernize older games and content that have been bested due to the xp creep that is inevitable in this game. I would much rather something get updated to be viable or something existing to be redesigned to make it jive with the modern happenings in the game. Let’s face it – there’s only so many creatures and dungeons and games you can spinoff to create something new and Jagex has pretty much tapped out everything that fits in the world. Let’s update what we have by adding new mechanics and making use of the coding and graphics we have now to give older content new life.

One way that would be great to give out of date content new life is to attach lore and completing some of the loose storylines that exist in the world. There’s many instances of something existing that wouldn’t be so given the new situations and lore brought about from the sixth age and even before that. Repurposing old quests and modernizing current content is a great way to repurpose something that maybe didn’t fit before. Maybe the Hazeel cultists will realize that he is around and definitely active. Maybe those guardians of Armadyl up to speed with what’s been happening and finally get around to moving their base. You can do this AND add new content to do while we’re there to make the revisit worthwhile. You could remake a quest and allow everyone to redo it, regardless of having done it before or not. Again, this adds to the immersion of the existing quests and lore to be relevant that would be appreciated. There’s a lot of interesting things in Runescape, but they seem detached from the rest of the world. It’s like they are in their own instance and don’t have contact with the outside world. This needs to be fixed as there’s a lot of places I’d love to revisit and get their take on the current events of the world. Which leads me to the next point.

4. To Drum up nostalgia for older players

Looking through the quest list of this game gives me a lot of warm fuzzies. I think something that many of us enjoyed about the recent 200th quest, Dimension of Disaster, was the amount of detail and calling on of past experiences that existed within that quest. Nostalgia is a major factor in continuing to play this game for so many years. Heck, it was such a strong feeling that it spawned an entirely separate entity of the game in Old School. That alone should be enough evidence that people that grew up playing this game want to revisit those events they did when they were younger. Follow ups and additions to old content would give us a huge blast from the past that I know many of us would enjoy.

Probably the most traumatic and memorable event that ever happened to me in RS was my first playthrough of Underground Pass. I was too low of a level to really attempt it and I would constantly be having to abandon my attempts due to being low on food or just being weirded out in general. After I finally survived my trek through the pass I helped a friend go through it, and again, even though it was probably a month or two later it was like it was just the day before for me. When Mourning’s End Part 2 came out and it saw us going back through there again, the feels came roaring back over me. Those feelings are why I continue to enjoy and play this game. I want to stir up memories and experiences I may have forgotten about. 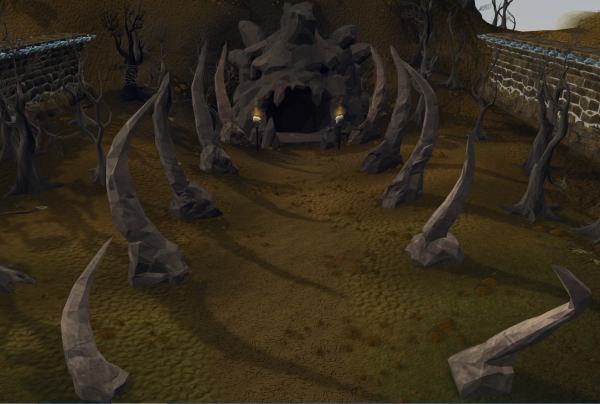 Oh No No… Please don’t make me go back down there. That poor unicorn. The spiders. Gah…

5. To keep the game’s identity intactLast but not least is keeping the game’s identity intact, meaning I want my Runescape to stay and still feel like Runescape. I love the sixth age quests and storyline and world events, but with Tuska and now the raids put into the game we are losing the identity of the game in a way. I am the world guardian of Gielinor, for Guthix’s sake! I should have an overwhelming attachment to our home planet, er, our realm, I mean plane – whatever the heck it is we are. These world gates and blasting into space makes our home feel less unique and special. That’s NOT what I want to experience. I felt the same way when the Dragonborn expansion to Skyrim came about. It was cool, sure, but I wasn’t in Skyrim anymore. By very definition I was somewhere else and I didn’t like that because I didn’t have an attachment to this new place.I want to reconnect with the gnomes. Work on the diplomacy with the trolls. Rove a little more with the elves. I have, for lack of better terms, existing relationships with these races and I want to continue to explore the potential story they have. Even when a quest series ends, there’s no reason why new ones within the same race or area couldn’t begin. The potential is far from being tapped in the existing parts of the world. The Tzhaar and the underground goblins. The dwarves’ train and Kudos Island. You look at the map and say ‘There’s no room for anything new’ and I say there’s plenty of room for branches of new content in the same areas. What’s old can be made new again and it would be a glorious revitalization of Runescape.