These past couple of years have been fantastic for video games in general. Triple-A titles have dominated the marketplace and most of them have been about as good as hyped up, others not so much.

Of course, trying to play a ton of triple-A titles gets expensive very very quickly and in all of the hype, it’s easy to miss some less know, but still amazing games. These are all relatively cheap, and one is even free, so expect to get quite a bit of fun without breaking your wallet. So, here’s my shortlist of “5 great games that won’t empty your wallet”

This delightfully, maliciously and deceptively complex game is honestly a highlight of the repertoire of Indie developer “Introversion Software” (creators of Darwinia/Multiwinia and Defcon). It is essentially the best intersection between intrigue, espionage and fake hacking. You play the role of a start-up hacker, working your way up through the ranks of corporate-espionage hackers, earning large sums of money, fame/infamy and generally getting involved in things bigger than you initially imagine, putting both your gear and your life at risk.

The fake hacking is some of the most intense and fun in any game ever, especially because being detected means that your contract is then breached, your computer and gear is confiscated and it’s game-over for you. Unless, that is, you’ve had the money and foresight to buy an extra account and machine so that if you mess up, you don’t loose everything. 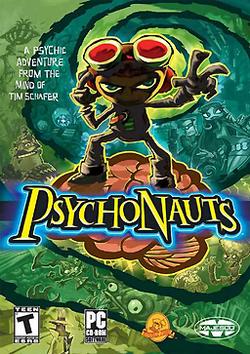 This fantastic adventure-platformer produced by Double Fine Productions (the recipients of one of the biggest kickstarter campaigns ever, asking for “only” four hundred thousand dollars and ended up with over 3 million) that hasn’t gotten a sequel yet even though it was originally released in 2005. Don’t be daunted by how relatively “old” the game is, due to the stylized graphics and fantastic gameplay and story-telling, it’s delightful.

You play the part of Rasputin (or Raz for short), a psychic prodigy who breaks into Whispering Rock Psychic Summer Camp after escaping from his home with the circus. His goal: become a Psychonaut, a psychic super-soldier and secret agent, by mastering all of the skills trained there thus earning the merit badges, and finish doing so before his dad arrives to take him back home. Unfortunately for him, the brains of the other campers start getting stolen by an evil dentist with a claw hand, which leads him on an odyssey through the brains of his instructors, a lungfish, psychiatric patients, and his own subconscious, much to his dismay.

This fantastically well-made Diablo-style dungeon crawler has everything you could want in the genre. The stylized and semi-cartoonish graphics will long outlive other games that go for a much more realistic approach and it’s core mechanics are rivals to the greats. This game is the perfect love letter to an old game, a harkening tale of a fanboy developer saying “hey, remember that one amazing game we all used to play? Well, let’s take that and make it into exactly the game we’ve always wished we could play”.

The plot centers around your adventurers attempt to reach the bottom of this endless mine and the both empowering and devastating effects of this mysterious magical ore called Ember. The characters are delightful and well-voiced, the balancing is practically perfect, every fight feels like you will either triumph for greater glory, or fall in your own demise. Enemies are varied and require a variety of tactics that keep the gameplay fresh and juicy at every turn and are always challenging you to greater heights or skill and tactics. This game and it’s sequel, Torchlight 2, are really what a lot of us hoped that Diablo 3 would have been, though ironically Diablo 3 almost completely overshadowed the release of the second installment, much to Runic Games chagrin.

4.) Nitronic Rush (available at the whopping price of free)

Built from the ground up by students of the Seattle-based game design college DigiPen, this neon, TRON-esque racer is heaps of fun. The game and physics engines were built by the students using C++ and the visuals, voicing, level design along with everything else was completely made by the students themselves.

Throughout the game, you control a small neon-blue car that has rocket boosters hidden under it’s panels, and with the press of a button, can fly, though not for very long before over-heating and exploding. All I can really say is download it and try it out, there’s nothing to loose as it doesn’t cost anything and it’s a little bit too much fun in my opinion.

Have you ever been playing Starcraft, Command & Conquer or Civilization and wished that you could play as one of your soldiers to slaughter your enemies? I have. This game blurs the line between FPS and RTS in a wonderfully elegant way. Two teams fight for dominance over resource points, each one guided by a commander who directs the troops on the ground via a command bunker in their main bases, building  power nodes, turrets, resupply points, spawn areas and weapons facilities in real time as their teammates battle for map control as soldiers on the ground.

So, tired of your current games library or need something to hold you over until the big holiday releases? Pick up one of these titles and I highly doubt you will be disappointed. Have fun!