Duke Nukem is, as quoted from my cousin Karl, “parodying every action hero every made.” He first appeared on the gaming scene in 1991 and has since then appeared in over a dozen games. Now while most game writers have previous knowledge of what they are writing about, this article is going to be from the view of a person who has never touched, looked up, or seen game play of a Duke Nukem game.

A little bit of a back story: Duke Nukem Forever has been in development hell for about 12 years and went through many game studios until Gearbox bought the right and intellectual property of the Duke Nukem franchise, starting to work on the project in 2009. The first glimpse of the game was shown at PAX and at the same time, Gearbox told the world Duke Nukem Forever would be released on May 3rd 2011 in the US and May 6th 2011 internationally and would be coming to the Xbox 360, PlayStation 3, and PC. Before PAX, Duke Nukem Forever had promotional information in one form or another from 1997-2009. Because of all the promotion that Duke Nukem Forever had, there was intense scrutiny on the game, and it also won several vaporware awards. January 21 confirmed the release date of May 3, 2011 for North America, but that date was changed on March 24 when 2K Games gave a statement pushing the release date back to June 10, 2011 in North America. On June 3, 2011 the demo was released to purchasers of the Borderlands Game of the Year Edition on the PC, Xbox 360 and PlayStation 3. I got the demo for the PC.

Now for some talk about the demo. Not knowing what to expect, except what I saw in the trailer, I went into it with an open mind, and the first thing I got was… Duke going to the bathroom. 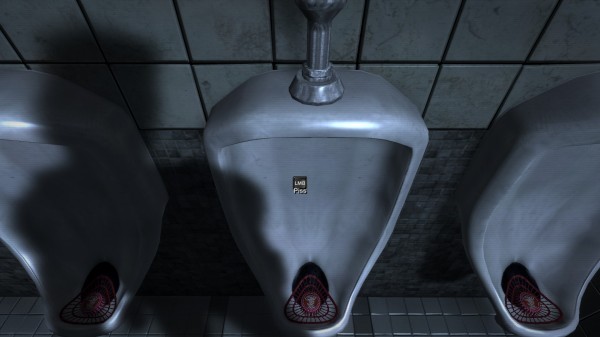 After that, I ran outside to an entertaining chat with some guards, then a chance to mess around on an interactive whiteboard. Erasing what was there, adding my own stuff, it was a fun 10 minutes of just drawing things I figured Duke would draw. 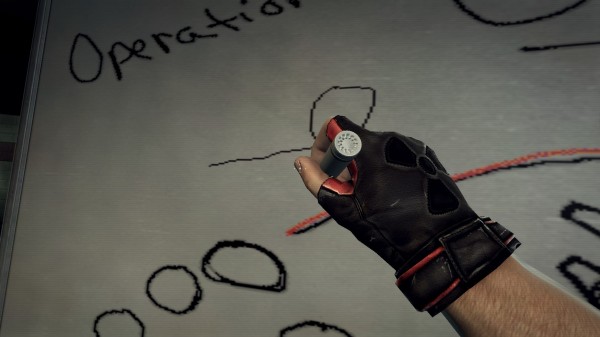 After that, with a little bit of running involved, it was finally time for me to get a gun and do some fighting against this thing. It involved a lot of missiles, a lot of health regeneration and a lot of running to kill it, but from what my friends told me, the more ammo you use, the more it’s like a Duke Nukem game. 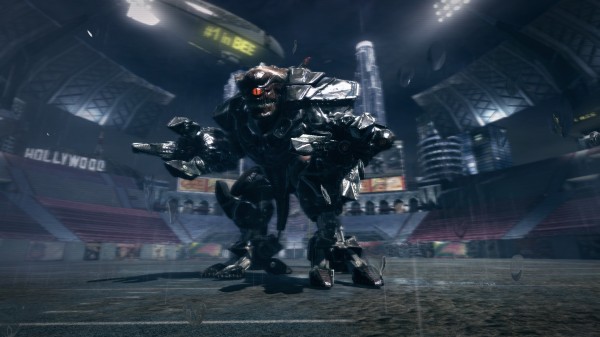 After the fight is done, and you score a game winning field goal, you find out what you just did was just Duke playing a video game, with the Mary and Kate Holsom giving Duke some action (trying to get this across rated PG) and Duke giving a one liner briefly summing up how the game should be good as it’s been in production for 12 years.

The first part of the demo everyone I’ve talked too has said this is what they expected of Duke Nukem, the second part however is where things really start to go downhill for Duke Nukem being what people expected. I don’t really want to go too in depth for the second part, as it took me about 20 minutes to complete it, but some things I will touch on are some of the problems people I’ve talked to have with the game.

The Biggest problem has to be the fact that you can only have two guns at a time, turning the game into a Call of Duty/Halo knockoff. Duke Nukem is known for having more guns than pockets, making you put every last bullet into a boss just to kill it. In the second part of the demo where you get to have more than one weapon, having more than just two guns would really come in handy. The ‘Ego Bar’ is also something else people are having problems with. Regenerative health is not a Duke thing; it makes the game much easier than if you only a set amount of health. ADS (Aiming Down the Sights) and not having the Mighty Boot are other parts of the Duke Nukem Forever Demo people have been wary about.

Overall this game looks promising, despite some of the problems. The multiplayer may bring something new into the game, with a variation of CTF as CTB (capture the babe. As games like Call of Duty dominate the FPS scene, Duke Nukem Forever might just be Gearbox’s attempt to get onto the scene. Here is a 40 minute video of the Duke Nukem Forever Demo. Next month is going back to Dungeoneering, so be on the lookout for that. This is all I have for now, Tim Out!