On Tuesday, April 12th, 2010, JAGEX released their long awaited Camp Clan System!…And that’s pretty descriptive!
*shuffles*
*whispers*
*shuffles*
I’m sorry, a little mix up here in Asa’s (a.k.a. Brimmk/Lord Exile Q) brain. We apologize for the inconvenience and the horrible joke, and shall now resume our programming.
The Clan Camp was released just a few days ago, and as such, there’s been a huge fuss about it in the Runescape community. Now, those of you that have been around the proverbial block in Runescape will probably already be familiar with the standard mechanics of clans and their workings. For those of you that aren’t familiar with clans, a brief introduction.

Clans before JAGEX cared about them
The creation of clans (player guilds, guilds, legions, etc.) is essentially ubiquitous with the popularization of MMOG’s (Massively Multiplayer Online Games) whether they be RPGs, FPSs, RTSs or even simulators like Microsoft Flight Simulator.

For Runescape, Clans have been around since shortly after it went public, but the first real support for clans was in the “Clan Chat” update in 2007. Before that, all events and communication would have to be done through private messages and the forums.

This update has finally given clans, and players who want to participate in clans official recognition. Clans now even have their own pages and private and public forums, plus a way to keep track of their member lists and ranks, not to mention the cape and vexillum, a special chat, and an event organizer specifically for the clan.

Features of the Clan Camp
Amos Twinley: Clan Scribe, Captain of the Guard, Sergeant-at-Arms
These three kings of Orient are/tried to smoke a rubber cigar……
*ahem*
Sorry about that… Anyways, these three characters are the heart of the Clan Camp:
Firstly, Amos, the clan scribe, is probably the most important of the three, in that he helps you register your clan and hands out flagstaffs called “vexillums” (according to Wikipedia are “(…)a flag-like object used in the Classical Era of the Roman Empire.”). He will hand out charters that 4 people other than yourself (who are also not in clans) must “sign” by using it on them. Once that is complete, you may then register your clan under any name that is not yet taken. Once that is done, you can set your clan colours (body and lining), your clan symbols and their respective colours (there are currently 110 different symbols to choose from).

Second is the Captain of the Guard, who has, what appears to be, no other purpose in life other than handing out capes to clan members. He may have a more involved role in the future with the next hinted update for clans.

Finally is the Sergeant-at Arms, who, like the Captain, seems to have no other purpose in life than handing out RCW (Rated Clan Wars) Badges so that one clan may attempt slaughtering the other for a higher ranking on the high-scores.

Clans and their many different flavors
There is immense variety in what clans do and what their focus is, with the main categories being Skilling Clans, Combat Clans, Special Requirement Clans and General Clans.

Skilling clans are clans whose typical primary focus is non-combat skills. Most clans of this nature will usually compete with other skilling clans in races where each tries to reach a certain goal first or gain the larger amount in a certain time-span.

Special Requirement Clans are those clans that have members that have a specific profile (e.g. 99 level clans, specific skill 99 level clans, quest cape clans,  etc.). These clans only admit people that have whatever special quality they are looking for, and in the case of the quest cape clans, they will frequently help their members complete the newest quests as to maintain their capes.

General clans are the most common type, they do many things together and will frequently participate in wars with other clans as part of informal ladders. They will also plan trips to dungeons, mini-games, and skilling.

As I said earlier in my article, Clans (or whatever you want to call them) have been around since online multiplayer became popular. In the the gaming world, we must look at the golden standard to rate what we see being done. In the MMORPG world, the true golden standard* is World of Warcraft. WoW has had support for guilds since the beginning, with more heavy duty tools for guilds and guild leaders, the name of the guild you participate in shown below your name, and a special equipment slot for you to wear a tabard that shows your guild colours.

Finally Runescape has almost all of the same elements (excluding displaying clan names at all times), and even a little more with specific clan pages and private forums. On the whole, I would give this update a 10/10, in that it truly changes the way that people are playing the game and is finally giving support to clans.

We must ask ourselves one question though, “What brought about this whole change in JAGEXs attitude?”. As I have said in a previous article, JAGEX is finally becoming social. For so long, JAGEX had been nothing but a content provider to the point of neglect of their users. We have been seeing a slow but steady change in their philosophy, and in my mind, a change for the better. We saw it start with the first Guaranteed Content Poll, where the players got to decide by majority what would come out, the creation and continued use of Facebook, Twitter and Youtube as and information pathway. All of that work has finally cumulated in this big push for clan support.

Kudos to you JAGEX!

* In my opinion though, EVE Online provides the true platinum standard for most aspects of gameplay, especially player-run organizations, with the possibility of even creating a company, army, school, or whatever kind of corporation you like. 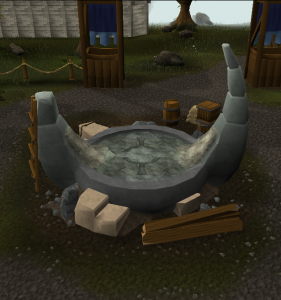 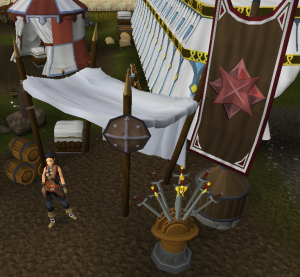 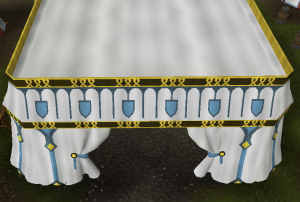 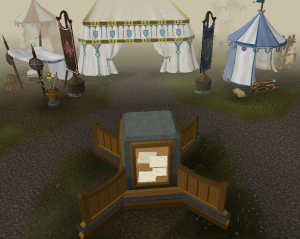 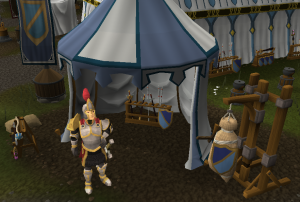 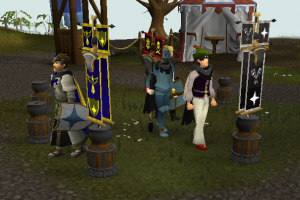 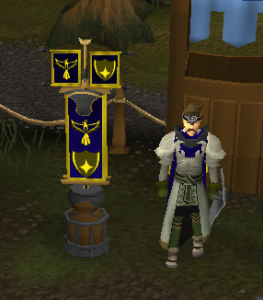 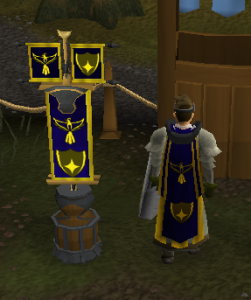 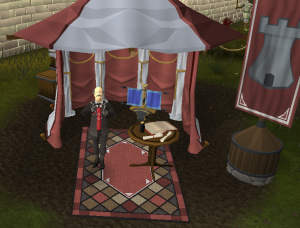