With the rising trend of notebook based computing, many people have had the joys of having a slightly toasty lap. While cooling has improved greatly with newer laptops, sometimes you can still notice that there is just a bit too much heat for comfort coming from your laptop. Luckily there are several ways to easily and cheaply lower the temperatures to keep your computer and legs a comfortable temperature.

General Tips
Before you spend any considerable money or time, one of the first thing you should think about (especially if you’re not using new hardware) is that no matter what device you have, chances are that it has collected some dust in its lifetime. So, before you get too involved with anything, take the time to blow the dust out of your machine, taking care to not use something like a vacuum. Compressed CO2 dust removing sprays work great for something like this, though I usually go on the cheaper side and use a workshop air compressor with a lower output pressure. The removal of dust will increase airflow, as well as increase the heat transfer away from your computer by removing the insulating dust particles.

Once the basic is taken care of, the easiest ways to lower temperatures are generally the ones that will take a bit from your wallet. Sometimes they work quite well, but depending on the device, and where the heat is generated on your device, it could change very little. They all offer one main feature, and that’s an increased airflow over the bottom of the device. If you know where your device’s heat is being generated, you can try to find a laptop cooler or laptop stand that has a fan in that general location. 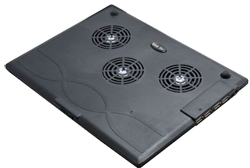 However, if you want to keep this on the extra cheap / free side, simple advice can do wonders vs buying a new bit of hardware. Laptops are not meant to be put on a bed, propped on a pillow, or sat on a pile of clothes. This does not allow for good airflow, and will help to keep your device extra toasty, which can not only be uncomfortable, but also reduce the life of your laptop hardware. In general, most hard drives have a max operating temperature ~55C, and past that there is a serious risk to permanent damage resulting. CPU temperatures can vary greatly, though most max temperatures are closer to the 100C mark (and seriously if you’re getting there, you probably have issues that would be best solved by a warranty) and operating temperatures can be anywhere between 30C and 60C. All of these temperatures are generally higher than a standard desktop due to the lack of air circulation and general cooling capabilities in a portable unit.

So, to optimize your laptop’s cooling abilities, use your laptop on a flat surface that helps transfer heat. Using something that would act like a heat sink could work, though something that helps minimize surface contact with the laptop to provide ample airflow would be best. I use an old CRT stand that my dad bought when he thought he was going to have a station to use his laptop at a while ago. It’s flat, and fits over my legs perfectly, and best of all it was free.

For the more dedicated
The third option that could reduce any computer’s CPU temperatures (and to a lesser extent, GPU temperatures) is something that would likely void a laptop’s warranty. I haven’t actually done this since I’ve still got a good year or so left on my warranty, though I have read that it can decrease your CPU temperatures by up to 12C in extreme cases and 2-5C being closer to average. By changing the thermal paste on your CPU you can increase the heat transfer between the CPU and heat sink, which will inevitably lower the operating temperatures of your device specifically under load. On a desktop, this is a trivial procedure, while on a laptop it is considerably more difficult (and again, warranty voiding in most cases) so you can use this if you deem the process worth the potential heat losses. 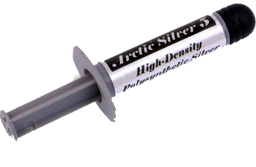 Next week, I’ll discuss my favorite technique for laptop cooling; the software approach. As per usual, you can message me on Runewire, Twitter, or the Forums if you have any questions, or suggestions for future articles.