E3 2010 may be over, but the excitement generated by some seriously awesome tech releases isn’t ending any time soon. With so many updates, it’s easy to lose track of what’s been happening. Stay calm. I’m here to break down the expo by developer, and go over some of the main points for you. Think of this as your own personal “E3 2010 Highlight Reel!”

Kinect – Alright, let’s start things off with bang (sort of). Coming into E3, expectations were high surrounding Microsoft’s semi-top secret “Project Natal.” Renamed to “Kinect,” this form of next-gen motion control allows users to literally turn their own bodies into the controller, via full motion capture. 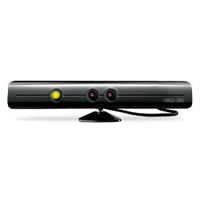 Because Natal had been demoed in the past, entering E3 there was nothing shocking about the existence of the tech itself. What people were really excited about was the possibility of huge announcements having to do with future supported titles, release dates, etc. In the end, what people got was…well, let’s just say it was a little less than that.

The base announcements for Kinect are as follows:

There were plenty of Kinect games previewed at E3 but, barring including the entire list, most titles were akin to Wii-style party games than anything that the slightly more “hardcore” gaming market would have any interest in. While there was admittedly a super awesome Star Wars trailer with motion control lightsabers (a lifelong dream come true), the general feeling is that Kinect is going to all but ignore the current Xbox owner and make a grab for the Wii’s “child/family friendly” throne. While the future does look grim for gamers above the age of 7, all hope is not lost. You have to believe that Microsoft knows how to make money. If they have any sense, they’ll give Kinect value in the eyes of their existing customers. Price is yet to be announced.

The new 250GB model of the Xbox 360 is the total package. No longer will you need to purchase an external peripheral to access wireless capabilities; this baby has Wi-Fi built in, which ends up saving wireless gamers up to $100. It comes “Kinect Ready,” meaning that it includes Kinect’s unique connection on the rear panel of the system (owners of any of the older Xbox models will have to purchase an adaptor in order to hook up Kinect). All hardware changes aside, this is simply one good looking system. It’s undergone a refreshing redesign and looks sleek, sexy, and very modern. Expect to pay $299 USD (199 GBP). And hey, no need to wait, it’s available now.

3DS – The newest addition to the DS family is looking good. And when I say “good,” I mean really, really, good. The upcoming 3DS handheld will bring a 3D experience (previously restricted to the theatre) straight to the palm of your hand without the need for glasses. The new handheld’s processing power is on par with that of the Playstation 2, and it will sport two front facing cameras (for taking 3D pictures), one self-facing camera (for facial capture/recognition), and a mini analog stick, much like the PSP. Some were skeptical heading into E3, but Nintendo’s DS systems have a history of being the best selling handheld gaming platform of all time. With this addition to the family, I can’t see Nintendo losing hold of the handheld market for at least the foreseeable future. Cries of “iPhone!” and “iPad!” gaming have been made, but Nintendo has responded. Expect to see the 3DS hit store shelves by March 2011. It’ll most likely run you about $200 USD. And guys, it will be awesome.
Check out the Hands On Demo, courtesy of IGN.

Playstation Move – Opposite all the fuss surrounding Microsoft’s “Kinect,” is Sony’s “Move.” Sony has been relatively content to keep “Move” quiet. In fact, not much was known about Move before the week of E3 other than the fact that it was clearly some sort of motion control system. Up until this week, how exactly it would work was still a mystery.
Well guys, mystery solved. As you can see to the right, Move basically consists of a wonky wand controller with orbs on the top, and a companion “navigation controller.” It will require the Playstation Eye to function properly, but once everything is set up, gamers are treated to an experience somewhere between that of Nintendo’s Wii and Microsoft’s Kinect. Rather than offer full motion capture, Move will use “a series of inertial sensors built into the controller, including a three-axis linear accelerometer, angular rate sensor, and a magnetometer to detect the velocity, rotation, and orientation of the controller, while the glowing orb at the tip of the control works with the PlayStation Eye to track the controller’s position in 3D space” (IGN). I honestly couldn’t have said it better myself.

In layman’s terms: the Playstation Eye tracks the glowing orb, while lots of crazy stuff inside the controller allows you to actually move around your character’s extremities in-game.

Check out the Tech Demo

Move is especially promising because, while it isn’t set to release until mid-September, there are already playable versions of games that gamers actually want to play. In particular, SOCOM has demonstrated how flawlessly Move can be incorporated into a shooting game. This is in contrast to Microsoft’s Kinect, which for the time being seems focused on solely the “family gaming” aspect of the market.

In terms of pricing, the Move’s wand controller will cost $49.99 USD and the companion “navigation controller” will run for $29.99 USD. It’s worth noting that not all Move games will require the companion “nav controller.” Multiple variants of bundles are planned for those that would like to buy everything at once.