Tim here covering the new Barbarian Assault and agility/fishing/hunter/thieving/firemaking/mining update. Now because the skills update ties in a little with Barbarian Assault, I’ll cover that first. But to get this out of the way,

In the words of Jagex can be found here and here.

Ok, now it’s out of the way, lets move on. Agility has now been intertwined with some other skills. Hunter, Fishing and Thieving have some new things added to it that require a high Thieving to do it. Fishing, Now it’s possible to catch two tuna, swordfish or even sharks in one go! The higher your agility the more catches you will get. Proof is here. Now you don’t get the experience for the second shark but this really bring the gp/hour up (around 1/3 or 1/4 what you normally get right now).

Hunter is another skill that got updated with Hunter. You know those butterflies that fly around at the major hunting spots but there is really no point in catching them, well now, there if a little more of a reason to catch them. No net or Butterfly jars needed, just your bare hands, the corresponding Hunter and Agility levels and a good eye and fast internet. You can now Barehanded catch the 4 different types of butterflies that are catchable for a large amount of experience. The emote that you get when catching, in my opinion, is cool. A little jump in the air, and when you catch one, the nice, peaceful release, can’t beat it. 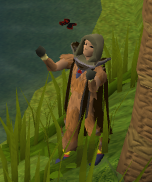 Because you don’t need anything to hold the butterflies, you can train with no gain or loss, with 650 xp coming from the Black Warlords when you bare hand catch them. You also get some agility experience so that’s another bonus to train via Black Warlocks (if you have the right levels for them).

Thieving is the last skill that got updated with Agility apart of it. It’s nothing that big but when you do some pick pocketing, there is a chance you will get double, triple or even quadruple the usual amount of loot from the target you’re going after. I haven’t tried this out but Men/Women, Master Farmers and Paladins can be pick pocketed for the double, triple or quadruple loot. To my knowledge the Master Farmers are going to be pick pocketed a lot more.

Now it’s onto Barbarian Assault, one of my most favourite minigames to play (A guide for being a collector and attacker will be coming up in the next couple of months, my healer article is here, along with Alex’s defending article here). The aspects of the game play haven’t been updated, but the rewards have, along with the area in the downstairs part of the building. One of the bigger things you will see, hopefully, will be that the waiting rooms are bigger, along with a device to change your potential to either xp or potential (which will be explained later). But before we go downstairs, Commander Connad has changed up his style of giving out rewards. First page, your current level for the 4 roles, next page is the outfits you can get, next is the new items that you can get, and the last page is the gambling, granite body and the new penance horn and master penance horn. The first, second and fourth page are all rewards that have been there before so I’ll talk about the third page. Penance Trident and coloured whips that don’t affect the stats. That’s the new rewards you can get. Because explaining the Penance Trident will be too hard, I’ll just link it to a page that’ll explain it. It costs 390 points in each wave, but that’s really just playing through wave 1-10 once. You’ll have enough points by the end to get it for sure. 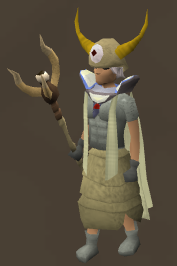 Blue, Green, White and Yellow are the colours of whips you can get now. They don’t affect the stats so it’s really just for whip. It casts 50 points from any role, so that’s a couple of waves worth of points.

Now the Penance horn and Master Penance horn are something new that has been added and is used for 2 things, the Penance horn will collect potential which can be used to Firemake by burning logs, Mine Ores or Complete Agility courses (excluding the Werewolf Skullball or the Agility Pyramid courses). It’ll take a while to fully change up your horn with potential, even at the stage before you max a role, but the xp you get back is totally worth it. With the Master Penance horn, you get even more potential when you fully change it, but when you max a role, you can use the option “Call” when your wielding it to show off what roles you have maxed. 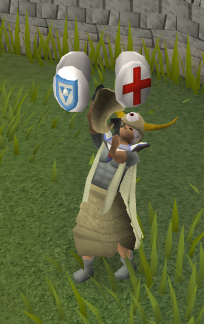 It has no defensive stats so don’t count on it to save your hide if you’re getting piled by rangers on wave 10. The potential can be stacked with Sacred Clay items so you’ll be able to get A lot of experience, in mining at least. When in game, nothing has changed, other than fact that it now shows you, and other people, what rank you in the role you picked. A single ‘l’ means level 1 and it goes all the way to a star, which is level 5. When you get into a game, play it how you normally would, but if you haven’t changed the switch I was briefly talking about earlier, you will get points towards the role you’re playing as. When you switch it, you will start to get potential in your horn. There are lots of stages before it is full so it’ll be a couple of full games (wave 1-10) before it is filled, but in the end. It is worth it.