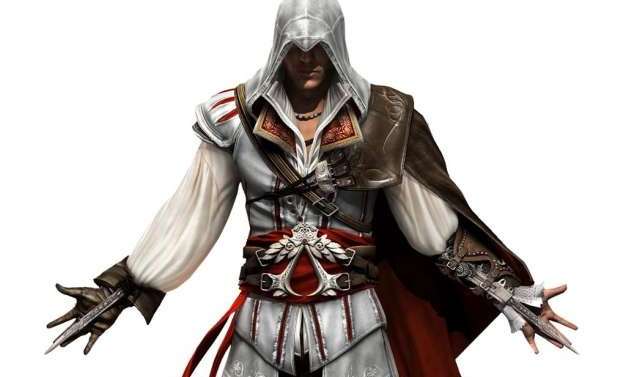 Assassin’s Creed II is a non-liner single player third person action-adventure game developed by Ubisoft, and a follow-up to the widely renowned Assassin’s Creed. The game features for Xbox 360, PS3 and PC, and was released in November 2009. The game is created as a sequel to the first game, however is set in a completely different scene (for the most part, anyway). I will try to cover the game in as much detail as possible without ruining the storyline, but this is a warning now: this article may contain spoilers.

The game was first announced at E3 in 2009, showing a small clip of Ezio (the main protagonist of the storyline) using what appears to be a flying machine, and then a quick cut of one of the assassinations in the main storyline. After that more and more trailers were released, and Ubisoft even created short prequel movies to build up more hype for the game. The expectation bar was raised high after the flood of hints and teaser trailers, meaning I was really expecting a lot from the game too.

The game is set in two time periods: the modern day, and the 1400s. The modern day setting follows Desmond, a young man who was being held hostage by a group of so called “Templars” named Abstergo, due to his relation to ancestors who were assassins. The other setting is Renaissance Italy, following the deadly antics of an assassin going by the name of Ezio Auditore da Firenze.

The modern day plot, although bearing little relation to anything that people play the game for, is not very well explained or laid out. It follows Desmond and his escape from the Abstergo headquarters, where he follows an old acquaintance of his, Lucy. She takes Desmond back to a secret warehouse where he is introduced to the Animus 2.0, a machine which can access and control the actions of a person’s ancestors using memories inherited from their parents. Using this Desmond is able to control the actions of one of his Italian ancestors, Ezio, who is coincidentally an assassin, just like his ancestor Altair, whom we met in the first game. The aim of this is to destroy the Pieces of Eden, priceless historical and religious artefacts being sought after by these Templars who Desmond worked for before.

Whilst using the Animus, the player controls Ezio, who starts off as just a normal boy who shares similar traits to an assassin, such as being able to climb buildings with depressing amounts of ease. However, following the death of his father and brothers, and the mental trauma that his family goes through, he promised to kill whoever caused it, which is apparently quite a lot of people. These people, who are coincidentally Templars, and are coincidentally after the Pieces of Eden, which means the story seems to fall right into place for the modern day heroes.

Just like the old game, you scale buildings, assassinate unwanted guards, and travel all over the country trying to achieve your goal. The controls are pretty much the same as the old game, with a few small changes, such as swapping the “hide” control with “fast walk”. However, one of the major changes comes with the addition of something which completely morphs the game in your favour, customizable weapons and armour. By customizable, I mean you can choose which armour and weapons you wish to use, with some equipment being better than others in certain areas. Getting armour increases your overall health and the amount of damage you can take. Better weapons increase the amount of damage you can do, and also how fast you can attack. There is also the addition of a few types of weapon: maces and axes. Ezio can use weapons like mauls and great-axes to brutally murder his enemies. Another large addition is the adjustments to the hidden blade. Not only can you now get dual-wield for the hidden blade, you can even add poison to the tip, and you can even get a gun for it!

The game-play is pretty much the same routine, with missions mainly revolving around helping others to get their trust and finally reach your target. However Ubisoft have now added a new ‘notoriourety’ feature, which is one of the most annoyingly pointless things ever. You become more notorious for doing things like climbing buildings or killing guards (even if they attacked you first). It seems like notoriourety goes up faster than you can get rid of it, which can be a pain in the ass considering most of the stuff you will do requires walking past guards.

The story follows the same sort of plot, consisting mainly of assassinating people, but like the original, it has its share of side missions. There are 66 viewpoints in all to synchronise with, which can prove quite a task if you are not doing them along with the story. There are also collectables which you must find. These include pickpocketing from chests and gondolas, and also collecting feathers (of which there are 100). There is also the addition of races, which consists of free-running through checkpoints to reach the finish line in a set amount of time. There are side-mission contracts which involve assassinating Templars and guards around each city, and also beat-up events where you do a favour for wives across Italy by teaching their cheating husband a lesson. 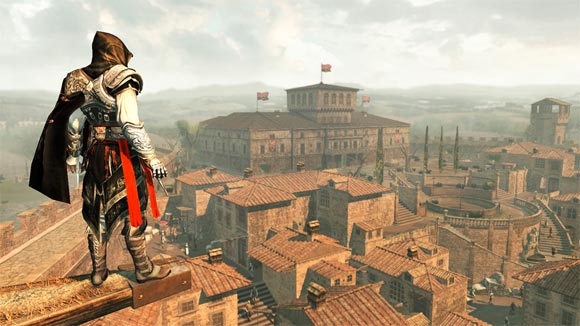 One of my favourite additions to the game is the Assassin’s Tombs. These tombs are like a playground for climbing, and are extremely fun to navigate. There are 6 tombs to travel through, and each one has its own little twist. They can take a while to get through, but it is very rewarding, as each tomb contains an assassin seal. By collecting all 6 seals, Ezio can unlock a set of black armour used by Altair himself (which is pretty awesome).

I found Assassin’s Creed II to be a game finished to near perfection. The graphics are top-notch, and the story is one of the best I’ve ever played. I thoroughly enjoyed playing through the game and I would be happy to do it all over again. If this isn’t enough to tempt you into playing the game, the large majority of reviewers gave the game a 9/10 on average. The game has also won “Best Game of 2009” in quite a few annual award ceremonies. I would totally agree with the above statement, as Assassin’s Creed II definitely was my “Best Game of 2009”.