Half a scape and negative one years ago, our two fathers brought forth to us, a new continent; conceived in war and chaos that all men may be hunted by the demons that trot the land. This place, is called Prifddinas. Although little is known about this land, there is a considerable amount of info that can be guessed about. In this article, I have created theories about some things we will see in the opening of the new nation.

Since no creature has gone through Prifddinas for several decades, at the very least, and the fact including that Prifddinas translates to “land of hell”, I can imagine that many things can be brought from it. This includes future allies enemies, boss fights, and more.

Since the elves go way back with the land, I can guarantee that those in the western lands will be their allies. This will most likely include the gnomes. However, Prifddinas relates to beasts, so I don’t think that the majority of humans will be accepting. I don’t just mean the Ardougne people, but most of Gielinor. You are the exception since you seem to rebel in every other quest.

So I went over a few infrastructural keys to Prifddinas. What is there actually to do there? I am no activity planner, but I can expect a few things to happen. The obvious thing there is to it will be a quest to introduce it. It possibly could be in the last installment to the plague story line, but I believe it will be later in a future branch of a different elf quest. Another thing that will come to be is most likely a mini-game consisting of either a boss or a just new style of mini-gaming. Either way, I plan to see something like this when it is finally up for business.

Another thing that most likely will be there will be a new, high-level monster dungeon. In connection with the dungeon could be the long awaited crystal pike that the elves have taken so long to make. You might be able to get this from the boss fight as a drop, or you would have to require it in order to kill the dungeon monsters.

While Jagex is trying to make each city part of an international system of achievement diaries, I don’t think they will bring in the elf lands until Prifddinas is opened. This is due to the very low population and events to do in a huge landmass. Anyway, when Prifddinas does come into place, I bet it will still be one of the smaller diaries, but it will still be a good one. The reward most likely will be a glowing, crystal amulet – or perhaps a weapon at the very least.

After looking through many of the things that I can see in the new nation, it seems a little greedy of me to seem so much of Jagex; however, after many questions to Jagex from players about Prifddinas, I think they want to make something great out of it. Although it won’t be open to humans until those mastermind criminals are caught, I think it could be released by the end of 2010 or the start of 2011. Since we have no notice on what is going on in 2010 it is hard to know for sure, but it could be an excellent year. 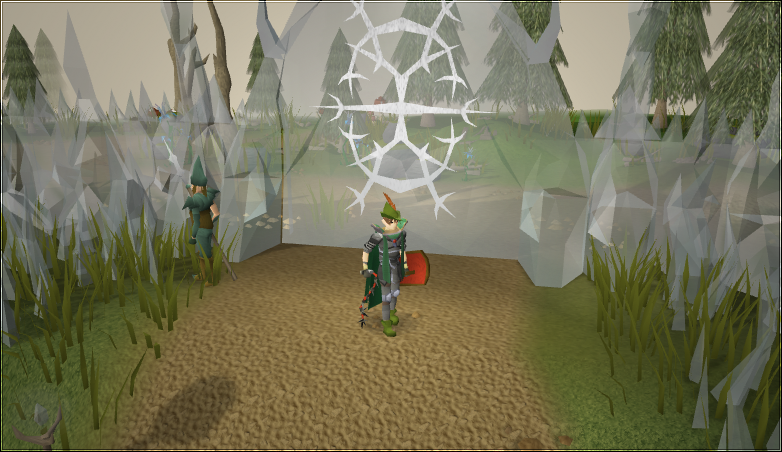