X-Men Origins is the game of the film that goes by the same name. Despite the slight story tie-ins it is very different from the film. It bears an 18 rating (Mature in the US) due to the sheer amount of blood and gore. If you have seen the film you will know isn’t present during the motion picture. The main feature the game boasts is ‘real time regeneration’ which is where Wolverine re-grows his body due to his ‘adamantium’ skeleton. 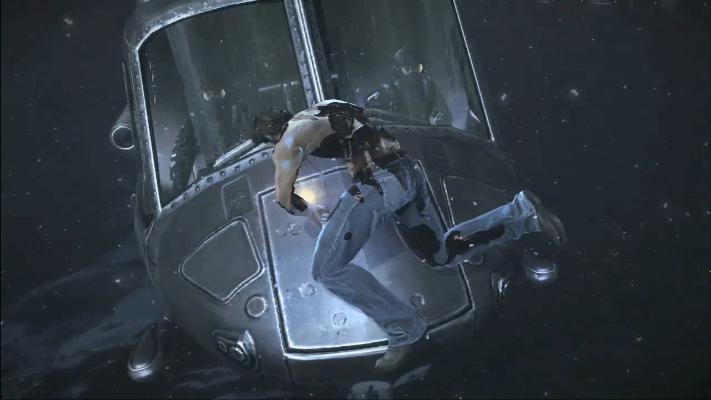 The first thing you notice is the graphics of the game. The graphics in the game are pretty awful, on standard with that from the Wii in my opinion. The edges aren’t smooth and details like bolts and keypads are big, pixelated and blocky. The blood looks like something out of a 60s movie flying in what looks like flat sheets before ending up on the wall with the same graphic every time. As well as this, during the cut scenes lots of graphical glitches occur and really ruin what could be a serious scene. When you see a watch poking through a leather suit, it just doesn’t let you take the game seriously anymore. It’s really disappointing to see for such a new game on a HD console.

The second main issue I have with the game are the enemies. The enemies vary from rock golems to invisible ‘G.H.O.S.T’ soldiers, to giant mech monsters and tribal huntsmen. Whilst this collection of enemies may sound extremely diverse, effectively there are 3 main types along with a few special enemies. The first man type is just a soldier. Under this category come the tribal huntsmen and their many types as well as foot soldiers and robots that are armed with knives. These can be killed with 2 or 3 claw swipes and just cannon fodder that usually appear with something bigger or just in huge numbers. The second type is boss soldiers. These are soldiers that do the same thing but with added ability. There are duel-wielding machete huntsmen as well as the invisible G.H.O.S.T soldier. They are slightly harder to defeat but are still relatively easy as they get no harder as you upgrade you character. The third type is giant type monsters, under this category fall the mech monsters and rock behemoths. These monsters take an eternity to kill, but this gets tedious very quickly as for every single monster of this type have the same attacks and the same weaknesses. Then to compliment this ‘delightful’ selection of enemies, there are the specials. These come in the form of moving statues, darting water sprites and angry wolf-dog-things. None of them can be lunged onto and all of them are a kerfuffle to kill. They have lots of HP and generally are just a pain in the behind, to distract while lots of lesser soldiers attack you, slowly wearing you down. 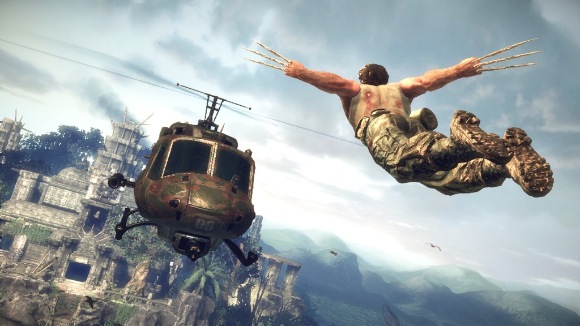 X-Men Origins is what most would call a ‘button masher.’ You run into a pack of enemies and repeatedly mash the light or heavy attack button until you can’t see you character for all the fake blood flying around. Some how though, Wolverine manages to make this game play slightly more bearable than usual. I don’t know if it’s down to the level design which frequently changes, throwing in a few puzzles along the way to keep you interested. The ‘rage powers’ are also good for mixing up the combat and taking out lots of enemies at once. The devastating ‘claw spin’ or ‘claw cyclone’ (inventive names, I know) are great for clearing a room of enemies and quickly help you rack up a large kill count. There is definitely something very satisfying about lunging across the room onto enemies’ shoulders, before ripping off his head. It is gory, but I guess that’s what you pay for when you buy an 18 game. 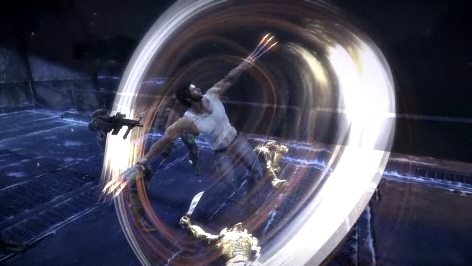 One thing about the game that I do really like is the upgrade system. As well as rewarding you with XP for upgrades, you have to search for ‘mutagens.’ These are, for a lack of words to describe them, character enhancers. They offer bonuses such as extra XP for kills or more rage from enemies. You also gain XP which in turn tots up for you to level up. When you level up you are upgrade with 3 ‘upgrade points’ which can be exchanged for improvements such as extra claw damage or more health. It’s this kind of thing that makes you kill the enemies more effectively, to gain more XP, rather than just button mashing all the time. 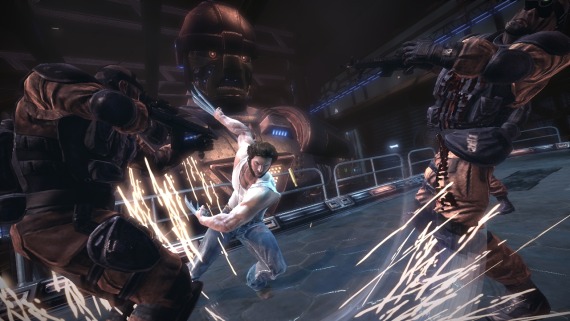 This always seems to happen in my reviews, I end up slating the game but in reality it is bearable. I do wish I hadn’t bought it straight off as it isn’t worth it. I do feel that a rental would’ve been much more suitable. If you enjoy mindless gore and button mashing, I would rent this but also look into games like [Prototype] as they offer other aspects as well as button mashing. Overall I’d give this game a 6/10. I think it’s a fair score for a game which, in my opinion, is on par with the film which isn’t very good either.