Guitar Hero: Hits and the truth about marketing

Since I am the biggest Guitar Hero fan boy on the forums, it only seems fitting that I write a review about Neversoft’s latest edition to the ever-growing franchise. So after willingly picking up Guitar Hero: Greatest Hits (Smash Hits in the USA), I would like to present you with reasons why this isn’t just Neversoft milking the brand to make more money. 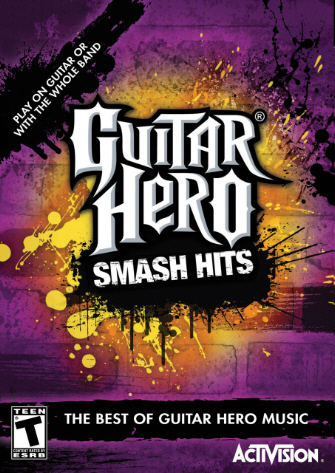 Guitar Hero Hits is built off the same aim as all Guitar Hero games; hit the notes as they pass the line to score points. The interface and layout mimics the one created for Guitar Hero: Metallica, in the sense that it now has the score, note streak and how many stars you have on the right, with the rock meter on the left, and the multiplier lying next to the note highway. The songs on the game are generally the best songs from Guitar Hero, Guitar Hero 2, Guitar Hero Rocks the 80’s and Guitar Hero 3 (with 1 song also being from Guitar Hero Aerosmith).

Many may argue that selling old songs back as a ‘best of’ collection is just trying to pull more money in to the company. Firstly, isn’t that what a company is supposed to do? They’re still making a huge profit and that is the aim of any company. Secondly, the songs that are in GH: Hits are now all master tracks. In previous versions of the game, many songs were done by cover bands, some of which sound nothing like the real thing. Another great addition is the full band play. GH games pre-World Tour were just Guitar and Bass. Now all of the songs are available for vocals and drums too. All the musicians that sing or play drums can now enjoy the songs playing their own instrument.

The game’s software also takes on a few minor changes. Like in Metallica, the vocals have been fixed so that it records percentage and score on phases like in Rock Band, rather than singing every single note. It also takes advantage of the ‘Expert+’ difficulty for drummers with 2 bass pedals. Co-op also brings many joys. Now players can play the same instrument, so there is no feud between who plays guitar (because really, who wants to play bass?), and you can also drop out mid-song, which is useful if you have to run an errand or go and grab a drink without bringing the whole band down. 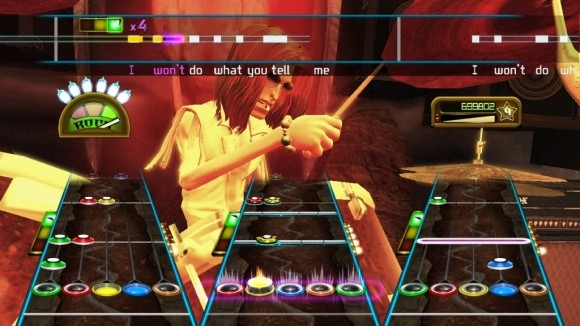 I wouldn’t rate the game as low as many presume. They selected a great setlist, the charts have been changed to be more realistic, it now incorporates a full band into the game and also includes many of the features which are new to the Guitar Hero series. I thoroughly enjoyed playing the game, and if you cannot decide on buying or renting any of the earlier Guitar Hero games, then Guitar Hero Hits is the best choice. It even cuts out all of the terrible songs for you!