Soul wars, a new twist on Castle Wars, was released this week. I admit that I was skeptical when I first read about it. But I finally buckled down and decided to try it.

It was not bad at all actually, but it was not spectacular. It’s a new twist on capture the flag, except that the flag stays stationary. And the flag is a Level 525 Avatar beast. It is certainly a hefty battle to kill these boss creatures. 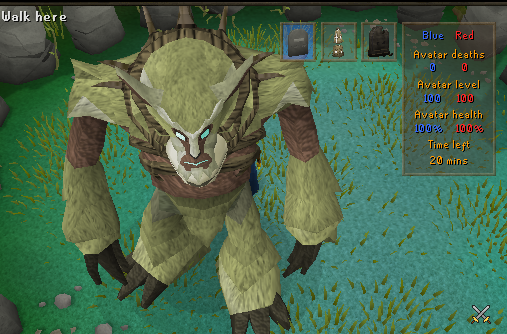 Starting at the spawn points, there is a supply room near the spawn, much like Castle Wars. It has the typical barricades, explosives, and medical kits, which can be used as tools to help win the battle in Soul Wars. Running from there is where you enter the main battlefield, and eventually the other team’s base and boss monster. 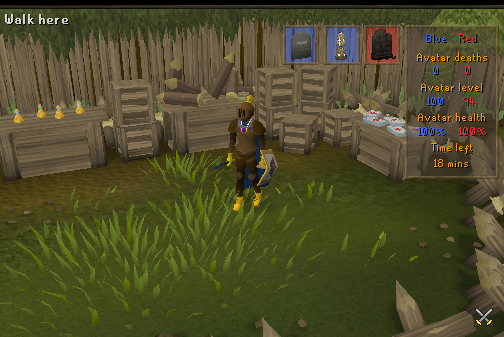 Ok, your saying “I spawn, I run over there, kill him, and then game over?” Wrong. It is much more complex than that. The difference is all the stuff in the middle. Rather than being a giant fighting area, the middle is one of the biggest parts of the game. The biggest noticeable part is the Soul Obelisk. 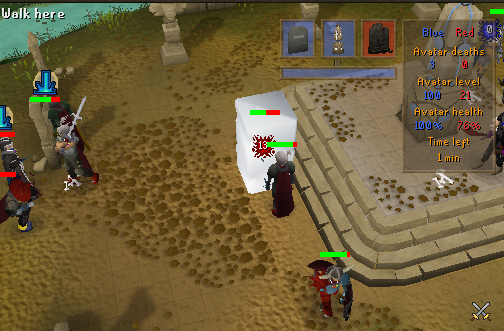 This obelisk is used to lower the slayer level required to fight the boss monster. It doesn’t lower the combat level of the monster though. But if the slayer level required goes down, then more people are able to fight it. But how is the Soul Obelisk used? Well, scattered throughout the battlefield are lower level monsters. These monsters, like Pyrefiends and Jellies, drop Soul Fragments. After collecting a soul fragment, you run over to the Soul Obelisk and use it on it, assuming your team has control of it. So a high slayer level has a big advantage in this mini-game. 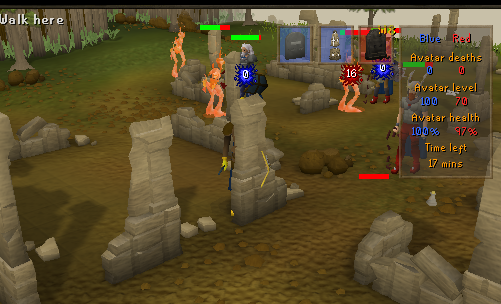 Now, how does one go about getting control of a location? Well, similar to other games where posts can be captured, the team needs to rid the area of any apposing team. The more players of one team, the faster a post can be captured. The posts available to be captured are: The Soul Obelisk, The East Graveyard, and The West Graveyard.

Graveyards are the other distinguishing feature in the middle of this game. These are important because if you die in battle, you will re-spawn at the nearest controlled graveyard. This is very strategic because your right back in the action even after you just died. This is good because you don’t have to run all the way across the map to get back into it. In addition, these low-level slayer monsters are near the graveyards. The only gripe is the 15-second waiting period right after dying. But you do appear as a cool looking ghost, so it entertains for the 15-second waiting period. 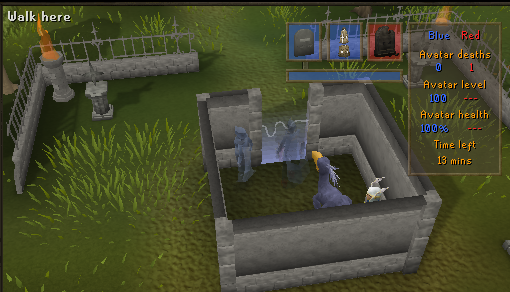 Now onto one of the biggest attractions, the rewards! The rewards are fairly mediocre. You can get experience in all combat skills, and also slayer. After 2 games, it’s possible to get about 30k Hitpoints experience. You can also get charms, which go from gold to blue, requiring differing amounts of zeal points for the amount of charms. In all honesty it’s easier to kill monsters in the 20 minutes spent in the game to get the same amount of charms. However, for a pure summoner, if they exist, this could be an ideal way to do it. Another thing this mini-game brought out was slayer familiars for summoning. From Crawling Hands to Abyssal Demons, your favorite slayer monsters can now follow you around. Costing a stuffed remains of that monster and an amount of zeal points of course.

All around, Soul Wars is a pretty fun game. If you’re looking for fun as well as benefits, then this is the place to go. However, if you’re looking for serious skills training or charms collecting, then this isn’t the place for you. It is a good way to keep yourself occupied in Runescape, rather than doing the same old boring training methods. There is lots of fun to be had here at Soul Wars.