“Trend-setters are those who take advantage of the fact that they are unique.” Dex Sonar.

Howdy, y’all! Or, to all those Alexeh out there: 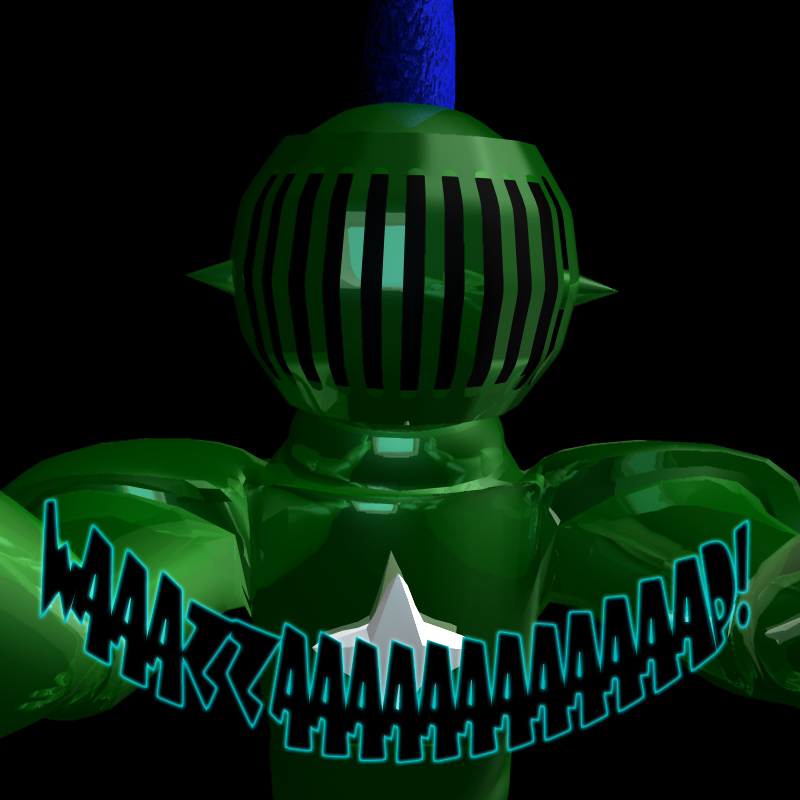 Alex 43 here with another article of the Runescape Obscurities (it was a while since I’ve done one of these). That’s right, I am going to reveal to you all some more of the long lost secrets of Runescape that are no only fun, but overlooked and incredibly useful in the long run. Very few people know of these methods, and those that do are quite simply either too good to use them or overlook their true potential. Usually in a desire to do what everyone else does so as not to stand out of the crowd. I dunno, I’m not “people”.

Ah, but not me. I’m always experimenting: always trying something new. I find what I like, and do what I think is fun.

Take Clue Scroll treasure trails, for instance. If they were tradable, I’d not only corner the market, but sand it down and grind it into a work of art. I fight random monsters just to get these things, slayer task or not. Even if I get nothing but junk, I still laugh; I’m only disappointed that it’s over. One of these days, I’ll get something good off them, but for now, I just enjoy the repetitive challenges they present to me. Even if all I get is a runite dagger, that’s still an easy 5000 coins for running around and having fun. And the chances are much higher that I’ll get something more than something cheaper.

Call me crazy, bored, psychotic, or all of the above, I don’t care. I like doing clue scrolls. I like fighting monsters just to see that yellowed sheet of paper appear in my screen; a sudden burst of adrenaline shooting through me as I hurriedly click to grab it at 20 health remaining and get out of there. This is something that I like.

At the same time, I also don’t like chopping trees, fishing shark, knifing logs, mangling poor innocent furry explosive creatures that never did anything to you nor your family thousands of generations past, or any of that. It’s boring. I don’t like those skills. Or training them in that method.

No, I have my own unique methods to training these skills. And I’m going to share some with you! Follow them or not, its your choice. Just remember: this is our little secret, OK? Having too many people doing this will ruin it for us all.

Lots of people like to train their woodcutting at the Barbarian Outpost thanks to the willow trees and the convenient deposit box. It explains why willow logs are considered junk, as they are usually obtained in huge quantities. I can go there on just about any world and find 2 or 3 wanna-be master woodcutters, chatting and chopping away like trees grew on trees … uh, wait, that didn’t come out …

Anyways, this is regarded as being the fastest way to train woodcutting. And I’ll agree to an extent: that being that it’s not.

No, it’s only the second-fastest. It’s good, but there’s better. 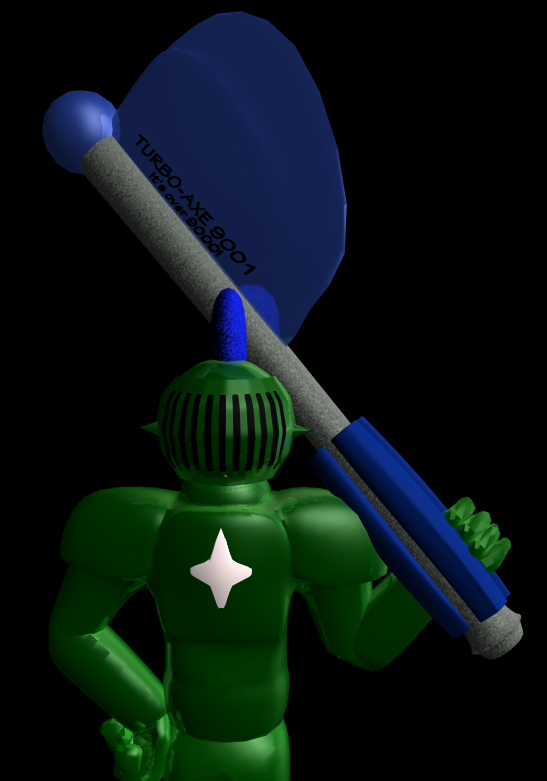 Ok, not THAT much better …

Yes, that’s right, I’ve found an even faster place to get that desired level 99 woodcutting. It’s by chopping willows, yes, but not only are there a lot more willow trees all clustered together in a tighter space, and there are a bunch of yew trees nearby as well 2 clicks away, but THIS bank deposit box is closer! In fact, it’s 4 squares away from a willow tree!

That’s right! A bank deposit box 4 SQUARES AWAY FROM A WILLOW TREE! Fiction? Nope, it’s real! I got screenshots to prove it and everything!

AND I’M GONNA TELL YOU WHERE IT IS!

… later on. First, I want to tell you of a few other things.

These are, without a doubt or question, my absolute favorite creature to fight in the whole of Runescape. Say goodbye to countless hours of mining pure essence thanks to these guys.

Yup, that’s right. Mighty banshees drop 23 noted pure essence every … on average, 4th or 5th kill. It really adds up in the long run, trust me.

Not only do they drop so much pure essence, but add in several drops of 12 cosmics, 17 chaos, and 43 air and fire runes per drop (again, on average, they like to diversify amounts), and you’ll be ready for almost any kind of magic training.

And, if they’re not dropping runes, they’re dropping herbs. Ranarr, kwuarm, cadantine, everything. In groups of 2, too.

And these are mighty banshees. Undead. If you’re not safe-spot crumble-undeading them (and, should you wield an earth staff, they’ll even supply you some of the runes), a salve amulet will have you striking constant aid-less 30s against them, making them valuable training targets. The area is also multi-combat, and they love to swarm, so they are identical to the bandits in aggression, especially if you set up your multi-cannon to blast them away as frequently as you would against dagannoth!

Oh, and last thing I want to mention: they drop level 3 clue scrolls! A definite favorite in my book!

Sounds awesome, doesn’t it? Why doesn’t everyone fight them, you’re asking? Well, unfortunately, as awesome as they are, they do require a little preparation to properly be able to fight them.

First off, you need to do the quest Smoking Kills to actually access them. That requires a few quests itself: Itchlarin’s Little Helper, for instance. These desert quests are actually good to have done and under your belt, because you’ll gain access to good types of resources. Cheaper carpet rides, food shops and stalls in Sophanem near Pyramid Plunder, sell noted items to Simon Templeton, new monsters to train on … yeah, familiarizing yourself with the desert by doing quests gets you some pretty cool things.

Ok, so you can fight the Banshees now. However, it won’t be worth it if you have a good method of fighting them. It’s multicombat, and despite their dying quickly, they hit a lot. If you’re directly going to melee them, prayer is a must unless you like to eat lots of foooooooood. Also, Pollnivneach, the home to the slayer well, is quite a ways away from the nearest bank. While the carpet rides help you out a bit, they can be a bit annoying to use over and over. Nardah, if you do the Spirits of the Elid quest, can prove incredibly useful with its altar that heals and recharges prayer for free, as well as its bank.

Oh, but I know you guys. You want to fight them now. Fast. Easily. Cheaply.

And that’s where a good construction level comes in. Yeah, that’s right. A reason to train your construction!

First off, move it to Pollnivneach. That’ll turn your House Teleport into a Pollnivneach teleport. Next, get yourself an altar. That’s a minimal ideal. If you’re an avid construction trainer like I am, build a fenceless fire-pit to kill your character to recharge his hits, prayer, and everything else. Lastly, get yourself a teleport there, like a mounted glory amulet, so you can easily teleport to Edgeville to bank your stuff.

Lastly, to help speed up your kills, invest in some super attacks and strengths. Trust me, you will be earning them back with interest, as banshees drop the herbs (and newt eyes sometimes too) to replace them.

If herbs and herb seeds are more your thing, just head downstairs to fight the local aberrant spectres! Granted, though, you will need a slayer helmet on to kill them. Despite it being multi-combat, they don’t auto-attack, so take your time down there.

Trust me. It’s all worth it in the long run. Fast experience, fast cash, and good old-natured fun!

Lots of people like to craft molten glass, and why not? Using a bucket of sand and soda ash on a furnace yields molten glass and a free 20 crafting experience just for going through the trouble. It does get a little annoying, though, because you’re left behind with a bunch of buckets and can only do a maximum of 14 at a time.

Never fear – Lunar Magics are here! The SuperGlass Make spell is a fantastic substitute for those boring furnace trips. Not only does it get rid of those annoying buckets for you, but for each glass made, there’s a 50% chance of receiving a second molten glass for free!

Now, you only get 10 experience per each time you use this spell, and to hold the fire and astral runes if you use an air staff, you can only make 13 at a time. But, not only do you make them all simultaneously and without taking a step, but the added molten glass more than averages out to make up for the lost 130 experience. You even get extra orbs (or whatever) to sell or enchant, which pays for the runes! it’s faster, and even gives you some magic experience as well!

Excellent way to train crafting and magic. Get your sand from Bert every day and seaweed from Adrien, and you’ll be covered in enough molten glass to build a city and matching garage! Sell it for a profit, or make orbs and enchant them (and attach them to battlestaffs [AND high-alch them!]) for extra experience in magic and crafting!

Yes, that’s right, the city with your start-off house portal. There are willow and yew trees there. Anybody knows that.

However, what not too many people know is that there is, in fact, a bank deposit box there as well. Where is it, though? Look all over, you’ll never find it …

Ah, but you see, it’s hidden. No symbol to point it out, no words to state its existence. Not even a quest reward to bring it into being. But it’s there!

See that Customs Agent office? He’s got a locker that you can apparently “store” something in. Sounds like you put clothes in it during the quest or something. Easily looked over.

Start the “Rocking Out” quest. You don’t even have to do it, just start it. After you get on the Custom Agent’s “bad side”, he’ll tell you that you need to put all of your “no-doubt stolen stuff” into the locker (of course, you never stole any of it) so he can arrest you. He’s not going to do this until you deposit every last object.

You can do this as many times as you want with anything you want.

That’s right. The locker IS A BANK DEPOSIT BOX IN DISGUISE!

Trust me. You’ll want this. Get that quest started, and super-fast willow woodcutting experience via large cluster of nearby willow trees and four free nearby yew trees are yours! Let’s also not forget the berry patch nearby as well …

That’s it! If you want to know about more, you’re just going to have to wait until I “decide” to share more of my long hidden secrets in Runescape!