Here’s the Bond of the Comics and his friend… I’m not good at puns… Anyways, we have a month-long suspense revealed as well as a new addition to the insane side of life.

Also, I introduce one of my better characters, Jakob. He’s that guy with the Smith and Wesson Model 500 in Comic 7. He’s also not the one being shot. 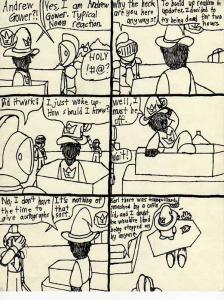 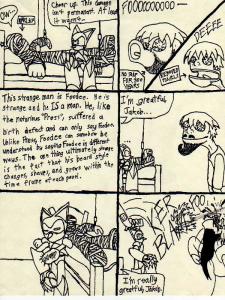 This article is filed under Rsbandb. You can follow any responses to this entry through the RSS 2.0 feed. Both comments and pings are currently closed.
Navigation