Gaming — a refuge from the outside world, a place to vent your anger, or just a place to pwn. The world of gaming is unlike the real world in many ways – here, those with skill or patience are those who rule, not those with money, posessions, or physical ability.

Most of you who are reading this will play RuneScape. Most of you know that the graphics are quite poor, at least compared to many other games, and RuneScape, from my experience, is one of the least challenging games I have ever played. Yet look at some statistics and you see an incredible number of people who play it on a regular basis. More than a million people subscribe to RuneScape, paying that $5 per month. And the amount of money spent by just a few people to make huge communities like Tip.it, RuneHQ and RSBandB is very large as well.

What makes a game good?

There are hundreds of possibilities for what makes a good game. I will look at just a few.

One of the main advertising points of Sony’s Playstation 3 (and, I might add, one of the only advertising points) is the fact it offers an unmatched experience, in terms of graphics, physics, responsiveness, really feeling you’re there. A game with a brilliant experience makes you feel like you are really inside it, really there on another distant planet, far in the future, or somewhere back in time.

Does RuneScape offer this? Well… no. The graphics engine is limited by the Java runtime environment, and as a result cannot use hardware-accelerated 3d. The sound is somewhat limited, too, and doesn’t come close to offering a real-life experience, particularly when it isn’t much better than the kind of sound you would get from a 1989 Game Boy. 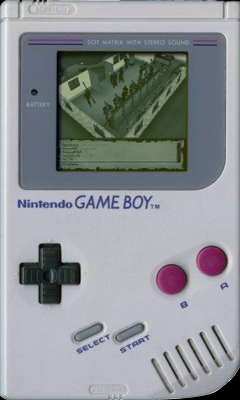 Clearly, RuneScape is not liked so much because of the experience it offers – there must be something else.

A good part of many games is their storyline. An exciting storyline that enthralls the player can be the difference between a good game and a bad one. You might automatically think, “Hang on, RuneScape doesn’t have a storyline”, although thinking about it, it could be argued that RuneScape has 124 (and counting) individual storylines in its quests. Looking at any single one of these quests, though, a large proportion of the storylines are frankly rubbish. Seriously, a cook that cant be bothered to get some flour, eggs and milk?

Out of the fair few games I have played, RuneScape is the least challenging of them all. Think about it for a few seconds – most of RuneScape is just point-and-click. Now while I accept that you do have to click in the right places, the challenge of the game is no where near that of many other games.

For example, on World of Warcraft, there are a few bosses that require twenty or more people, all perfectly organized, to kill. There is nothing like that in RuneScape. It is possible to kill the Kalphite queen on your own, despite what Jagex say; and the highest levelled monster in RuneScape, the Tz-Tok Jad, not only can be killed by one person, it can and has been killed by one person who was level fifty-eight. Clearly not much of a challenge stands there, and those of you who have killed the Tz-Tok Jad, or have seen videos of people killing it on Youtube or similar will know that it basically consists of ranging or maging it in a safe spot, and putting the right prayer on at the appropriate times.

RuneScape doesn’t really pose much of a challenge to those with a working mouse, especially if you know where all the safe spots are. I do not know of many games that have safe spots, and frankly I think they are a bad idea. Safe spots make a game too easy, removing the challenge.

So it isn’t a challenge, not in the sense of difficulty. Let’s move on…

This category is possibly one of the most complex of all those I will look at. General gameplay can be split into the enjoyment, satisfaction, many things.

Thinking about some parts of RuneScape, they are very satisfying. Gaining another level in a skill, getting that skill cape you’ve always wanted, these can all be very rewarding. Knowing that your millions of clicks have finally added up to something that other players look at and think “Wow!” can really give a sense of accomplishment.

In terms of enjoyment upon reaching that goal, I’m not so sure. Other than PKing and one or two other notable exceptions, it is little but mindless clicking with almost no tactic. One thing it will do, though, is give you some really excessive exercise for your index finger. 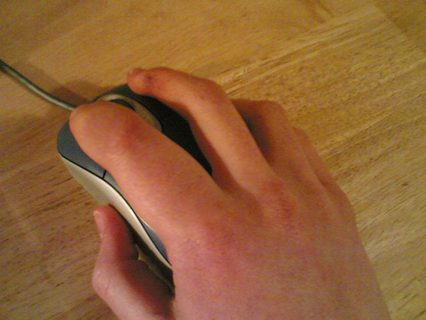 Another thing that counts in the General Gameplay category is Action. In certain games, you need quick reflexes to frag your enemies in a fast-paced storyline. Frankly, this is hardly the case in RuneScape. As I have said already a few times, RuneScape is just point-and-click, and in the rare occasion that you get some challenge (for example PKing), it still often isnt really particularly action-packed. Clearly action is not something that makes RuneScape so popular.

One thing that I have seen mentioned on the forums, though, in this topic, is that the length of a game makes a big difference:

I think game length makes a good game. Look at Fable, a really awesome game but it really short. Look at Runescape, they have been able to take a simple game and make it playable for 5+ years…

Some of my favorite games are games that are incredibly long, games where you can keep on getting better and better, with more challenges, even after the main storyline is over. Take Final Fantasy X, in that, after defeating Lady Yunalesca at Zanarkand, getting the airship and defeating Sin, you can basically do anything you like, and there are extra challenges, like the acquisition of the ultimate weapons, and defeating the Dark Aeons, some of which are incredibly difficult goals to achieve (I still haven’t killed Dark Yojimbo). While RuneScape has no specific nearly-impossible-boss-that-can-one-hit-your-whole-party-at-once, it does have a goal which only very few will ever reach – perfection in skills – 99 in everything. This is one of the reasons RuneScape is good, in my opinion – you can basically keep going on and on, getting better and better, only to reach perfection after a very long time.

The community of any game can change whether it is good or not, but can also make no difference whatsoever. Obviously a non-internet based game wont have a significant community, and it wont make much of a difference, but the community of RuneScape really makes a difference, both in and out of game. Without the brilliant RuneScape community that existed, I would not be writing this article.

And the community in-game makes a difference as well. The community is built right into the game in the fact that it’s an internet game, and it has built-in chat, as well as the trade system. And out of game there are forums and fansites and various other things besides, RSBandB being one of many. The fact there is such a brilliant community helps to build friendships and clans, which makes people play more and more.

Why is RuneScape popular then? In two words: it’s huge. Skills, minigames, clans, friends, communities, everything. Its nearly infinite possibilities is what makes everyone come back all the time. It is why I am here putting a pretty large amount of effort into this article (you have no idea how long that Game Boy picture took to get right), and it is why Mike and Shane spend money running this site for us. It is why so many people will 99 in a number of skills keep playing it, to get better and better. Sure, RuneScape isnt as graphically good as, say, Gran Turismo, or isn’t as challenging as World of Warcraft, but the sheer size and number of things you can do make it the game it is today.